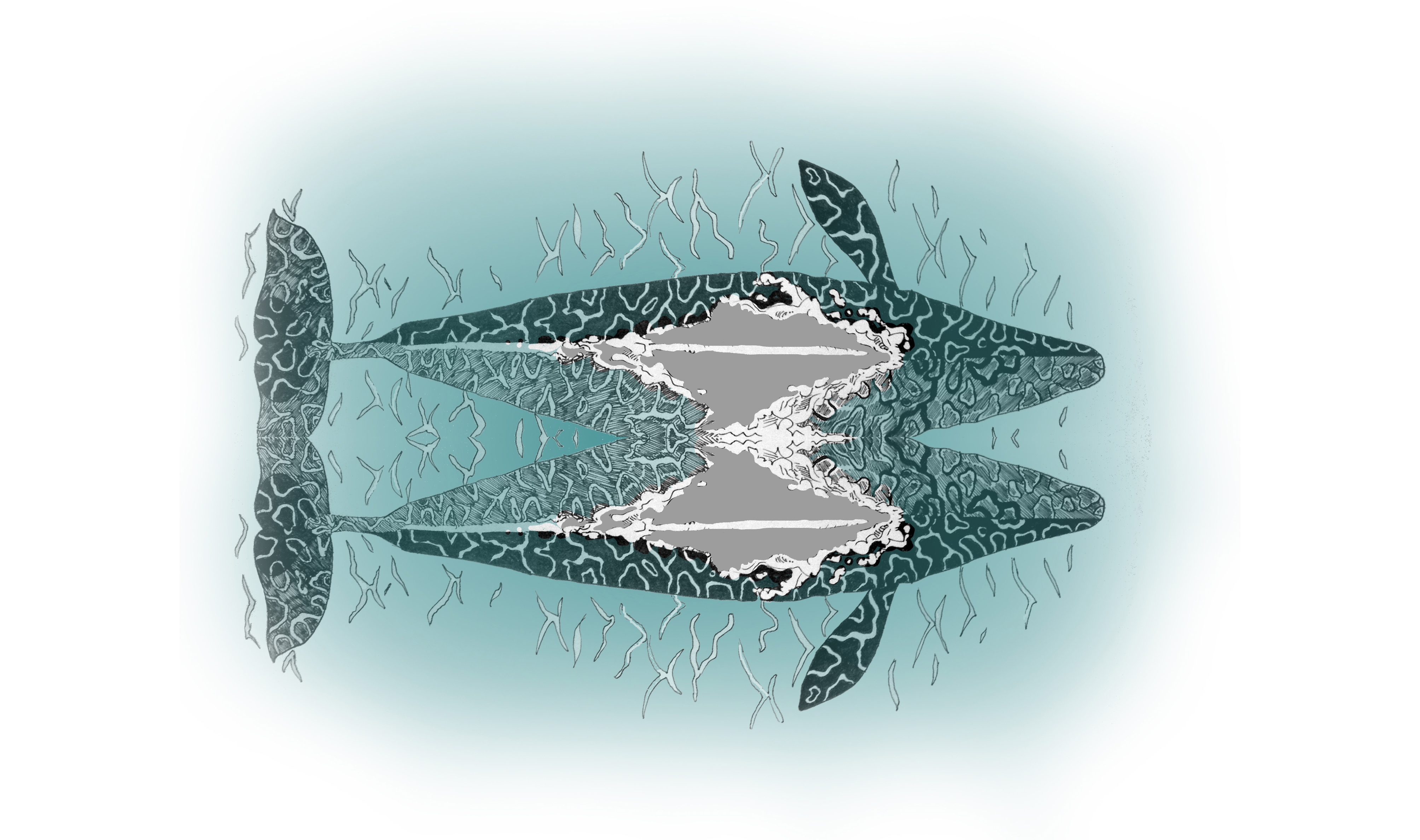 What colour are YOU?

Thankfully, it should all be over by the time you read this. And it’s fair to say that we’ve not suffered Election Fever so much as a horrible, hacking cough. Political campaigns aren’t even dressed up these days – no pretence, let’s just hurl mud at one another…

Fishpool is with Brenda from Bristol on this one. Literally. I saw her on the news bemoaning, ‘not another bloomin’ election’, and decided to whisk her away for a romantic break on an uninhabited island. Except even here there are reminders everywhere we look.

Blue, red, yellow – blimey, even green. All these different colours…. not a lot of purple about but that’s no bad thing….Henderson Island might be tucked away in the middle of the Pacific, but it’s a plastic pigsty. An environmental nightmare.

And getting this month’s copy to Editor Fallon is proving tricky, too. I stuck it in a bottle and cast it yonder only to see it washed up on the opposite shore. All to do with the South Pacific Gyre apparently. I blame Arsene Wenger. What’s that? They won the cup? A two year deal? I think me and Brenda have been away too long….

Ah yes, just last month we were pondering the paradox that is the disappearance of a mythical creature, when BOOM! She’s back! Sort of….

Do you know, perhaps it’s journalistic negligence, or the fact that Brenda from Bristol is failing to live up to her fun-loving reputation, but Fishpool cannot even be ar£ed to watch the video attached.

It’s not that I don’t like the idea of a monster lurking in the depths of a Scottish Loch, but in the current climate the only dinosaur Fishpool wants to see bobbing around in the water is currently residing in Number 10.

But then what of the alternatives…? Hmmmmm….perhaps Nessie might stand for office, she couldn’t do any worse.

Another day, another mystery monster washed up from the depths – all hairy and misshapen. And the stench… I told Brenda from Bristol not to take a picture of me in my speedos….

But look at this beast stranded on a beach in Indonesia. This truly is a hideous thing. Locals flocking to catch a glimpse, Scientists around the world scratching their heads. What could it be? What could it ever be?

Joined at the Hip

As are these unfortunate calves.

We have long been fascinated by the macabre and bizarre, and looking at the photo of these conjoined whales, Fishpool can understand why. There is a curious beauty to their symmetry even if it is sombre-edged. The fragility of life represented in deathly perfection.

This is what happens to Fishpool when he spends too long on a remote, uninhabited island with a mound of plastic waste and Brenda from Bristol for company. He becomes reflective. Perhaps a little bit too reflective….

You see, for all the banter and weak attempts at satire, there is a serious sense of denial in the world. The problem is, that amid all the posturing and funny handshakes are some really serious issues that are a bit of a pain to solve. And so it seems far easier to scoff at the tree huggers and loony activists and slip into a fracking and fossil-fuelled world of denial.

We need to stop treating the world like Man’s playground and start paying it a little bit of respect. Imagine if we discovered an animal species that deliberately strove to make other species extinct. That opted for ignorance at the expense of self-preservation. Imagine such an animal.

Take a look at this story……it is simply needless.

Apologies, but Fishpool has fallen into a bit of a funk.

In truth, Brenda from Bristol has repeatedly spurned my advances and life on a desert island is proving more lonely by the day. She’s taken to hanging out with the local skinks and the only boobies I’ve seen since we arrived were red-footed…

Mind you, even on an uninhabited island, 3000 miles from the nearest Continental land mass I still found a copy of Metro wedged down the side of my seat. And inside is the perfect story to bring me a smile. I don’t care for the reasoning or explanation – I just needed a pleasant distraction.

Blimey – a lucky break. A passing green turtle just so happened to be heading to Ireland for a weekend break. Apparently, his mate Gerald the giant squid has recently moved to the Emerald Isle in order to set up a tattoo-ink processing plant. He (the green turtle (I didn’t catch his name)) hasn’t heard from Gerald for a couple of weeks so has decided to surprise him, and I have been invited to ride on the back of his shell.

I’m not enjoying the underwater bits of our journey, but we’re making good time and I left Brenda from Bristol catching flies with the skinks. The turtle seems slightly concerned that Gerald the giant squid might have suffered a misfortune, but I’m sure he’ll be just fine…

And as I make my way across the oceans, riding the back of a green turtle, I will leave you with a story that needs little introduction other than the title above….

Until next month – byeeee! (The turtle is waving its flipper to you all….)