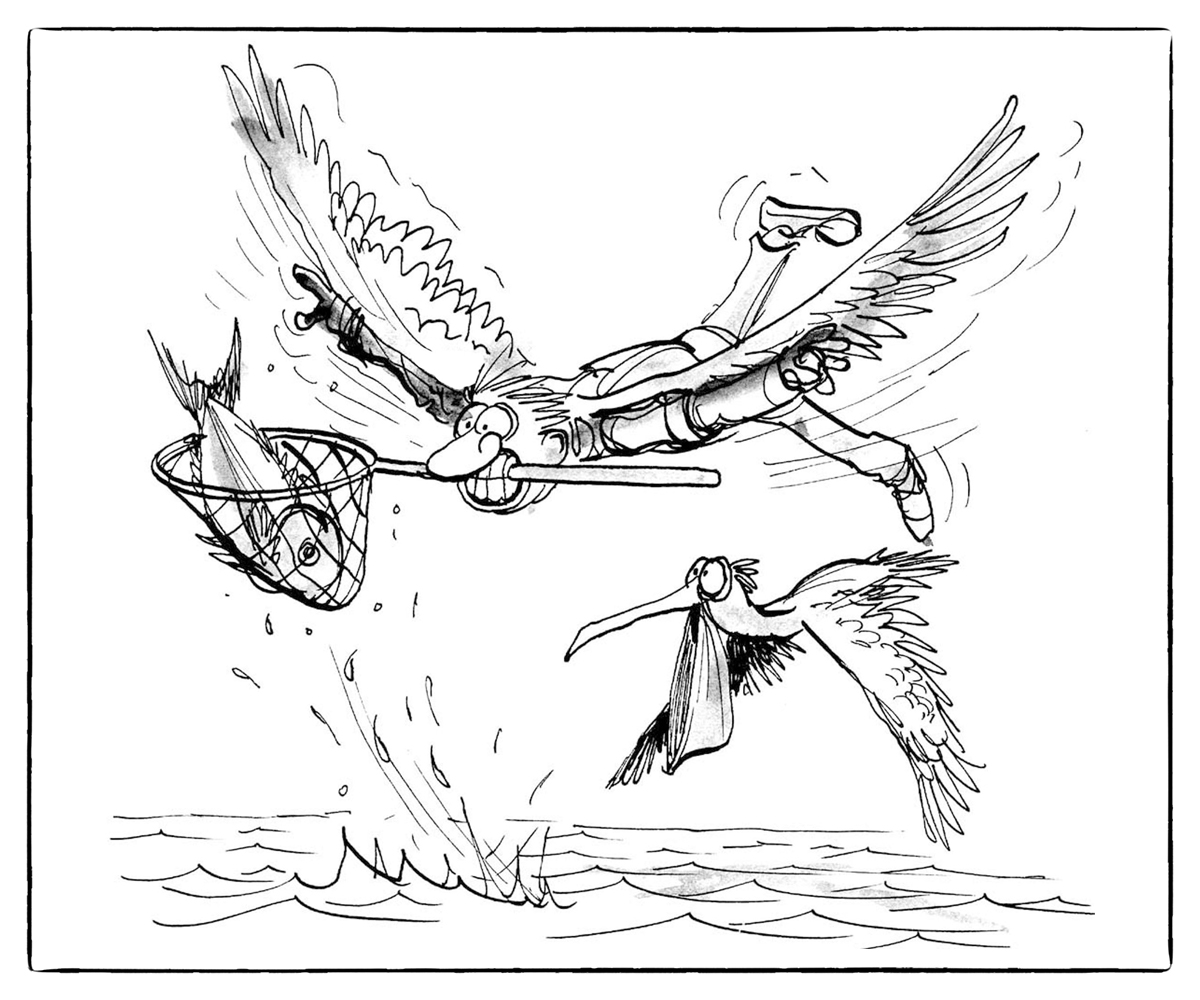 The Pelican’s not so brief

Something rather large has been causing a stir in Cornwall over the past month. A Dalmation pelican was first spotted on May 9th, and has been drawing birders from across the Country ever since.

Believed to be the same individual that was seen in Poland earlier in the year, some doubts remain as to its ‘wild’ credentials – with French free-flying captive birds having gone a’roamin’ in the past.

Similar hysteria and subsequent conjecture has been present in Devon, where a lammergeier, or bearded vulture, has been getting folk twitchy. Both birds would represent ‘firsts’ for Britain – if determined to be truly wild and from a self-sustaining population.

Frankly, people should just enjoy the spectacle and worry not about the implications. A bit like a playground scrap – there’s going to be a fall-out, but for the time being just make sure you get a decent view.

Mark Walsingham (AKA Skeffington Dalrymple) has been in the angling news recently, having been sought to solve the issues at legendary Redmire Pool. He is a perfect fit, and his glorious lake at Ashmead is testament to his knowledge and experience.

One of the problems at Redmire is the unwanted presence of ornamental carp. These interlopers are diluting the Leney strain and will need swift removal.

One option open to Skeff is the utilisation of ospreys. It might be tricky to get a team of birds together, but judging by the diet of one migrant in North Devon this spring, they could certainly be effective….

A lamprey of light

It’s about time we read a snippet of good news about our native fish species. With so many in decline or being compromised by giant goldfish, it came as some relief when The Guardian recently reported the revival of the sea lamprey.

Though not high on many anglers ‘to catch’ lists, the sea lamprey (Petromyzon marinus) was once widespread and visited many of our rivers to spawn and then die. Numbers plummeted over the last Century, due mainly to pollution and the building of weirs and other obstacles that checked their migration.

In recent years though, they have returned to rivers such as the Trent and Great Ouse and all we had to do was apply a little bit of thought. Conservation can be remarkably straightforward sometimes…

Readers of the new look Angling Times are being treated to a weekly dose of Fallon’s angler stalwart Dominic Garnett. In his weekly column The Far Bank, Dom looks at some of the less considered aspects of angling – in his own, wonderfully offbeat style.

A recent piece even featured Editor Fallon himself, who had joined Dom for a spot of drop-shotting. They did pretty well – with a surprise or two to boot – despite our Garrett teaming up Dom’s ultra modern flies and lures with an old Hardy spinning rod.

The perks of Springwatch

Early June means the return to our television screens of Springwatch. It isn’t everybody’s cup of tea, but is a darn sight better than most of the tripe on the box, and does give middle aged men a chance to revive their youthful crushes on the timeless Michaela Strachan.

Birds and fluffy mammals tend to dominate the agenda, with Chris Packham struggling harder than ever to hold his tongue while wearing the unbiased (but increasingly blue it seems) colours of the BBC, and a windswept Martin Hughes-Gaimes appearing increasingly like one of the animals himself.

Fish, inevitably, get little screen time. Last year, the ‘comical’ turns of Spineless Si the stickleback stirred up a fair bit of interest, but so far this series (save a lovely little thin-lipped mullet sequence) the most likely glimpses of fish come while being chomped by otters or speared by herons.

On June 14th however, we have been promised an appearance by underwater (and overwater) photographer extraordinaire Jack Perks – who will announcing the results of the UK National Fish vote.

The list has already been whittled down to a top ten, with a nice mix of species that range from the diminutive 3-spined stickleback (no doubt riding on the popularity of the aforementioned Spineless Si) to the enormous Basking Shark. There is no place for carp in the top ten, nor the barbel, but nonetheless it does have a balanced look about it.

Have your own say at the link below…