Including Chris Yates, David Profumo, Dominic Garnett, Kevin Parr, Dexter Petley, Jon Berry, John Andrews, Carlos Baz, Andrew Griffiths, John Stephens, Danny Adcock, The General, Graham Vasey, Maurice Neill, Steve Roberts, Nick Fallowfield-Cooper and Garrett Fallon, it is the definitive list of all articles featured in issue six, in the order in which they appear, with the first paragraph of each feature to give you an idea of its content.

Fallon’s Angler is only available in print, so if you want to read the whole article, please purchase a copy. 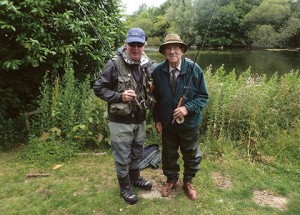 It was 1997, the May following Hugh Falkus’s death, and I was being driven from Knock Airport towards Ballinrobe, where Fred Buller kept a bolthole handy for lough Mask. It was the first time I had ever met Fred in the flesh, and for two reasons I was slightly daunted. 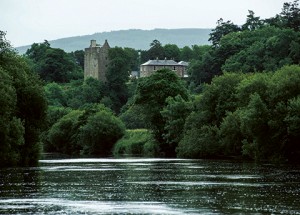 Garrett Fallon follows the salmon to the Cork Blackwater

When I was a young lad, garnished with suitable foolishness, I had many unfounded beliefs and several strong opinions based on nothing more complex than could be formed within the tiny confines of my band of close confidants, all of whom lived on the same country road, in the same small, nondescript place, in the middle of nowhere; Liverpool was the greatest football team, Charlie Haughey was a legend, and if you kissed a girl she’d get pregnant. 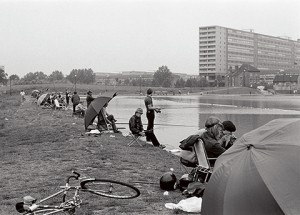 This is the modern world

Where were you in 1984? On Sunday 17th June of that year, the photographer Colin O’Brien, who had been taking pictures on the streets of London since 1948, was in Burgess Park just off the Old Kent Road. In recalling it he says: “The weather was dry and warm and the park buzzed with activity.” 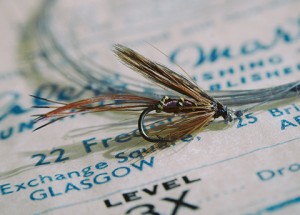 The joys of bodging

Sometimes, it’s all about thinking on your feet, says Andrew Griffiths

Competence in one aspect of angling can easily lead to complacency in another. For me, a fly fisher, my competence has grown in casting, but which has frustratingly led to a complacency in putting together the leader I am trying to put out onto the water in the first place. 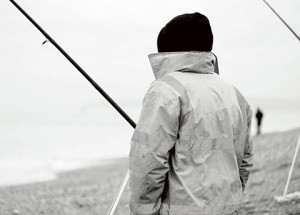 “I do not believe that these men sit by the sea all day and all night so as not to miss the time when the whiting pass, the flounder rise or the cod come in to the shallower waters, as they claim. They just want to be in a place where they have the world behind them, and before them nothing but emptiness.” WG Sebald —The Rings of Saturn 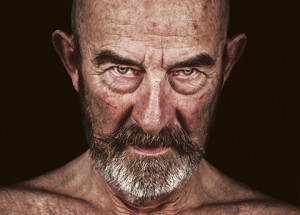 The Newton Tony saga continues, as told by Kevin Parr

The lights went within moments of me finishing my meal. A couple of flickers and then nothing—just the light of the fire glowing through the dark. The landlord kindly brought over candles but also the dreadful news the beer pumps were now out of action. Still, my new friend (I didn’t yet know his name) was happily jabbering on about this Newton Tony chap, so I joined him on the scotch and got comfortable… 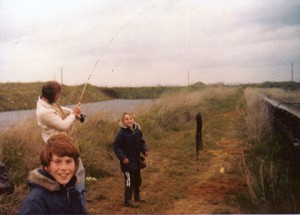 Eel fishing with my father, by Danny Adcock

In all possibility, you may never have heard of the Anguilla Cup. This seems inconceivable to those of us who participated. Those who competed in this fiercely contested event, both senior and junior divisions, still remain bemused that the angling world never picked up on the intense rivalry, bitter personal battles, and the agonies and ecstasies of such dedicated competitors. I still believe to this day that if the local press had not been put off when they attempted to interview Mick ‘The Sleeper’ after a particularly hard night’s fishing where he had been awake on at least two occasions, one of them for more than 10 minutes, it would only have been a matter of time before the nationals picked up on it. Where would the Premier League be then? Would any one even have heard of David Beckham? 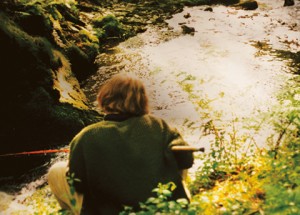 Last cast in the old country

Dexter Petley leaves it all behind

My last cast before leaving Britain forever was into the sea on the coastline of Fife. A choppy cove below the white cottages of Kincaple near the Eden estuary. An old honeydew MkIV from Oliver’s, a Mitchell 300 I’d found in an Oregon Kmart, a blue and white polystyrene sea float, a whelk on a Jack Hilton carp hook. It was a sombre, desperate cast without joy or reason other than a kind of ransacking the void, on the eve of leaving a place I’d never wanted to be. Rich was there. My wife was there. Two Americans, both PhDs at St Andrews a couple of miles down the coast. They both knew what I didn’t know. Something simply academic; that my marriage only had a week to run. 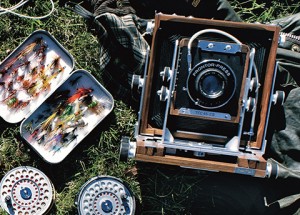 What’s in your bag?

One of the things I love about fly fishing is that it’s so easy to reduce and simplify the tackle you need. 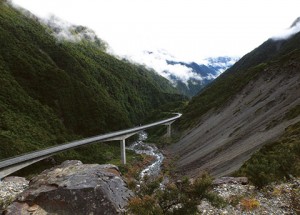 Between heaven and hell

To paraphrase Robert Burns, the best laid plans can end in disappointment, and inflated expectations only make matters worse. When planning a fishing trip abroad it pays to do your homework properly. After all, taking time over your research and building anticipation is half the fun. Looking back on my trip to New Zealand I now realise that I was seduced by all those YouTube videos. True, there are monster trout to be caught, but finding them and then having the knowledge, skill and guile to catch them is another thing entirely. 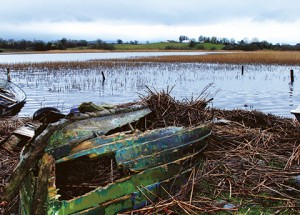 There is some truth in the old joke that Rainlanders love to tell outsiders; for half of the year the lake is in Fermanagh and for the other half Fermanagh is in the lake. But science has yet to produce convincing evidence to support the popular claim that the 60,000 people who live on the shores of Lough Erne have webbed feet. 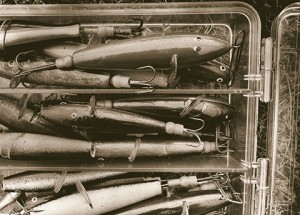 Come a broody winter’s end and who doesn’t look forward to the spring? In the summer heat of a new river season we may see a newly fallen tree that will make a cracking winter swim, and in the first nip of autumn enjoy exploring the slack water behind it when the rains fill the stream, but even if it turns out to be a reliable windfall, winter can be long, the wind will veer round from the north and bite from the east, and even a fisherman’s patience can be tried by the long grey wait for the kind green world to reappear. 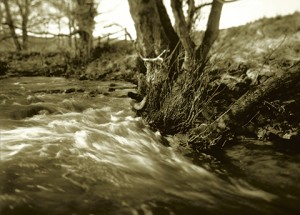 I am sat beneath the bare trees that line the banks of a tumbling dales stream, hoping that the fleeting spring sunshine will stir its secretive residents from their winter’s slumber.  The clouds however suggest I am more likely to see a flurry of snow than of Iron Blues or Olive Duns. 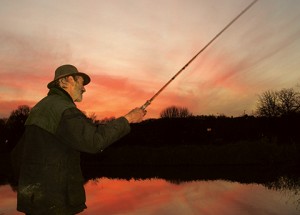 The frenzy of March

When the non-adipose season opens in June the days are so long that you could—if you had clear skies, calm weather and the necessary powers of endurance—watch a black-tipped float for almost 20 hours. With time seeming to slow down there is less urgency about getting to the water or tackling up, less impatience with the fish, less disappointment if you don’t get a bite, because the whole new season stretches out ahead of you and there will be endless opportunities to make the catch of your dreams. Time runs more quickly through the short days of winter, the rivers are quicker too, and wilder, but by the end of January the days are noticeably lengthening and as conditions improve so too do your chances for that special fish. Then suddenly it’s the 1st of March and everything changes. With only two weeks’ fishing left, the slight urgency of February quickens into a frenzy. 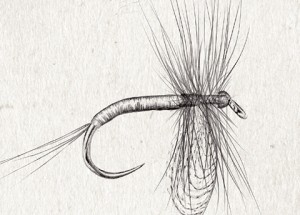 “That moment of exquisite glory when you varnish over a hand-stripped Peacock Quill, wound in tight turns up a dry fly, catches me every time.” 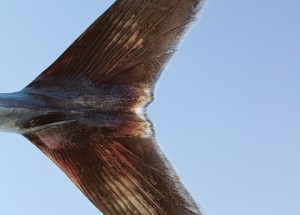 On the trail of tuna, by Carlos Baz

Albert. By any other name, just a tuna. Albie. Bonita. Little tunny. False albacore. But across the north-east where restless whispers of Euthynnus alletteratus had been circulating through dens, garages, tackle shops and barrooms, over the last 10 days it was simply Albert. 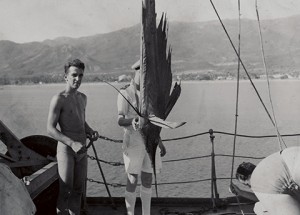 Just over 10 years ago, I began to write my first book. The Medlar Press, for reasons unknown, asked me to research and write up a comprehensive history of barbel and barbel fishermen. Jon Ward-Allen had used that very word—comprehensive. 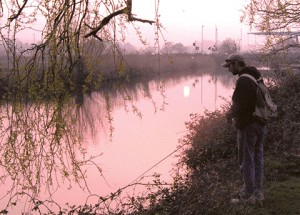 Fisheries of fear, love and loathing

Why do we keep going back for more? asks Dominic Garnett

For what I am about to disclose, I both apologise half-heartedly, as all of what you are about to read is true, if somewhat subjective. But some things need setting straight because, let’s face it, no matter how pretty the pictures are, it gets fairly tiring living in some other sucker’s private stretch of paradise. 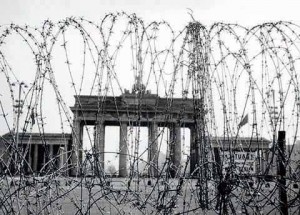 The General recalls a close shave and a lost record fish

As much as I am enjoying penning these fishing articles for Mr Fallon, it is to my deep embarrassment that over a decade has passed since I last killed or injured a foreigner. Well, unless you count that poor sod I ran over in Southampton back in 2009—which, as my solicitor explained, was all a ghastly accident. But I digress. The fact is that my prime fighting days are well behind me now and I am not long for this world. And so when not ordering young men to attack extremist-held desert towns, I must content myself with my pipe and memories.