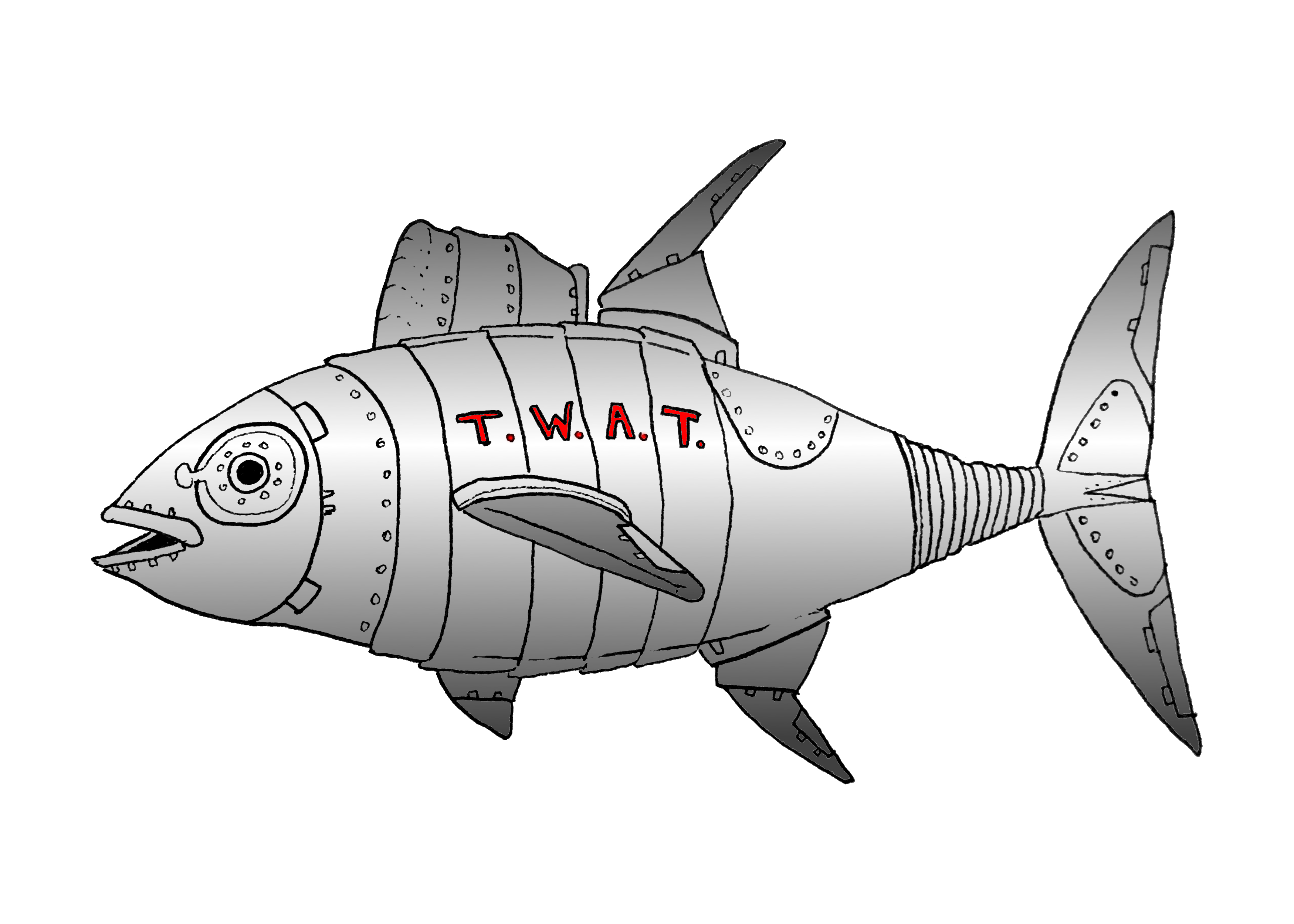 A fish-eating bird – that eats fish….?

The more astute among you will have noticed that Fishpool failed to round-up September’s tales of watery whim. Unfortunately, there are one or two skeletons in Fishpool’s closet (both cartilaginous and non-cartilaginous) and somebody seems to have left the door ajar. Suffice to say those Russian connections have once again surfaced, and the CIA have been sniffing around again—paying particular attention to my dustbins.

Of course, it had to be the week when I’d just cleaned out the beluga caviar cupboard, and taken my annual delivery of Putinka vodka. Can’t see what the problem is—Vladdy doesn’t even drink the stuff. And you’d think that Fishpool’s efforts in 1962 to ease the Cuban Missile Crisis might count for something?

Oh well, I blame the cormorants. As everyone else seems to be doing at the moment. Especially those ‘orrible European migrant cormorants. Coming over here eating the fish that we want to catch. Conspiring with the otters and Socialists. And guess what? You’re angry at cormorants now, and have completely forgotten about Fishpool’s Russian connections. Genius. I’ll see you down the pub for a pint. All of you. Except for this guy……he’s definitely a ‘cormie’ spy…

Of course, around the time of the Cuban Missile Crisis, I was working as a triple agent (quadruple if you include the Chinese ‘work’) for MI6, the CIA and the Russians. I got myself a cosy role in the KGB’s infamous FAF (Fisheries and Fishing) division, where I was privy to the role out of the cold-war automatons developed under the Piscine Reconnaissance and International Covert Knowledge Surveillance (PRICKS) department.

It was good fun to be honest. We did plenty of field testing which basically involved a bit of fishing, plenty of vodka, and a lot of banter. We got into trouble once when Krushchev himself paid an impromptu visit and found us playing an adult variation of musical statues with the girls from the Ballets Russes and led by Shostakovich on the canteen piano.

Nikita was livid, and ordered all of us lads out into the snow where he forced us to stand naked in the freezing cold wind for ten minutes. It was utterly humiliating I can tell you, and we PRICKS felt pretty small afterwards.

Many of the bots we developed during that time are still turning up today. Those humpback salmon swimming up the River Ness were once part of the Project Involving Stray Salmonids (PISS), while I noticed earlier this month another success for the Campaign Utilising Nasty Turbot & Sole (we didn’t use an acronym for that programme)……

Of course, much as the Space Race became an integral part of the Cold War, so things began to heat up in the sub-aqua battle of intelligence. While the KGB were focussing on their PISS, so the Americans became obsessed with TWATs.

The Totally Waterproof Automated Tuna (TWAT) programme was probably the CIA’s most successful venture in the ‘Dace Race’. Developed within the Special Tuna Division (STD), the TWAT was originally built as a miniature submarine, piloted by a single operative. Results were poor, however, especially during the peak tuna fishing season when dozens of agents went missing – presumed canned.

The project faltered, but Fishpool’s knowledge in the field and willingness to work for whoever signed the biggest cheque led them to my door. I was approached in the early 60’s by a CIA agent named Marina, who set about to seduce me in full knowledge that she would leave me with an itch I couldn’t scratch thanks to the STD.

I got involved. I couldn’t resist it. And within a year the first TWAT was launched without a seaman inside. It was a great time, and I thoroughly enjoyed wetting a whole fleet of TWATs before NASA came knocking and dragged me over to the Apollo program.

One of the greatest aspects of the TWAT design was its reliability. The bodywork was highly durable—despite the constant exposure to salty liquid—and rust was never a problem. In fact, one or two are still swimming about, though it seems they might be malfunctioning…

Fishpool does enjoy a reminisce. All these media tales and current affairs that provoke so perfectly memories from the past. I don’t doubt that some readers may raise an eyebrow in cynical suspicion at one or two of the stories of my event-rich life—but please be assured that Fishpool’s mind is as clear and true as any other fictional character.

Of course, one problem that comes from bathing in the warm, rose tinted glow of nostalgia is that the jerk back into reality kicks harder than a barbel when it first sees the net. And no amount of smut and risqué acronyms can soften the severity of the situation.

We are crap at looking after the planet we live on, and ignorant to the impact that we have upon it. It’s been said a thousand times, but never before have we had so much information and understanding of pollution, abstraction, and the effects of climate change, and yet, as a species, we seem intent on sticking our head under the pillow rather than face up to reality.

Short rant over—but do have a read of these two articles. And in the meantime, Fishpool is going fishing. Although I might just dig out Marina’s number and give her a call. She really did have some extraordinary methods of persuasion…