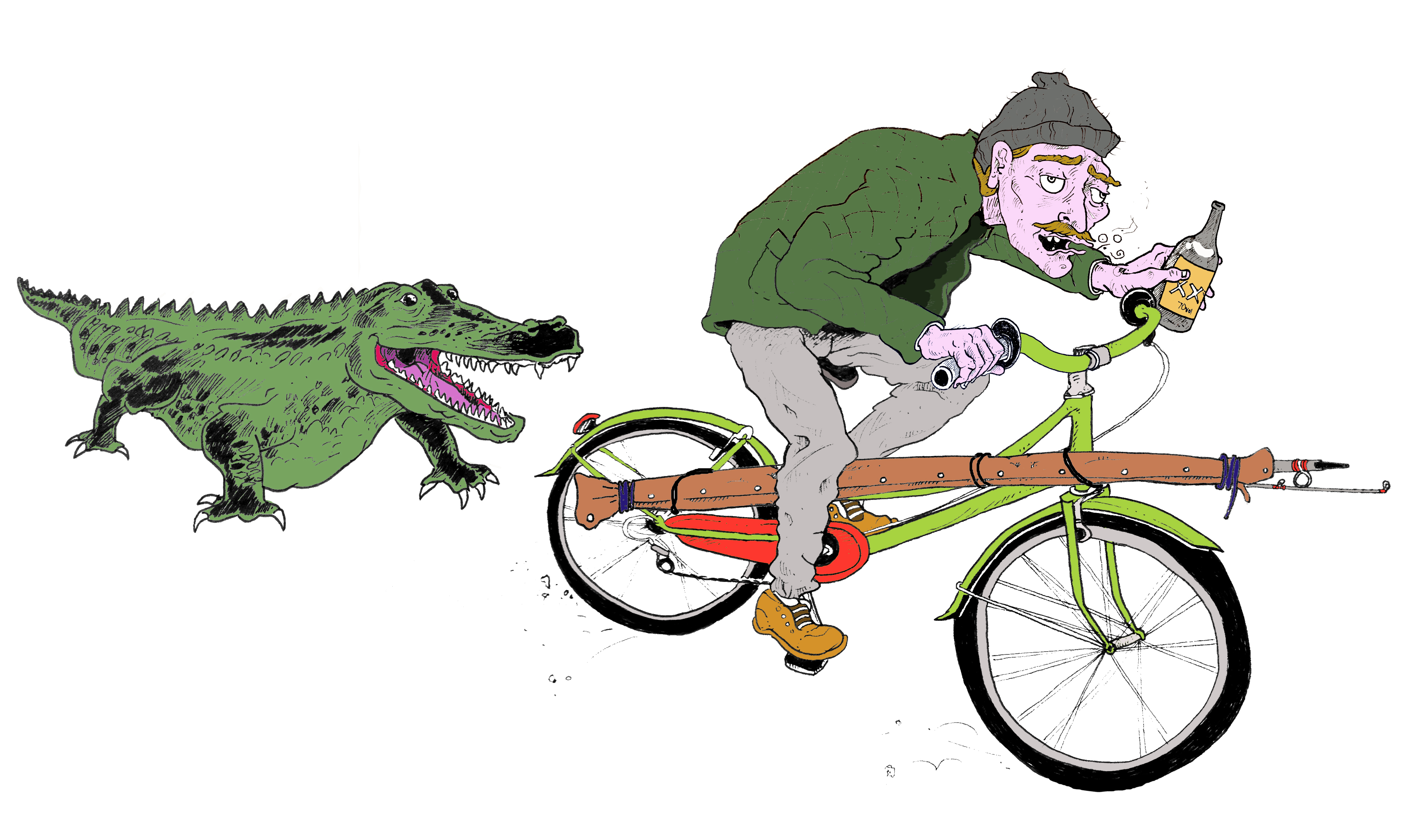 I was a bit sceptical when Editor Fallon first proposed this brief. I didn’t doubt it could work, but was more than a little bit concerned about the level of effort required on the part of poor old Fishpool.

After all, living as I do in a bubble of self-created poppycock, I needn’t worry about what happens in the actual world. My daydreams are real; I kiss the surface every time I cast; and I don’t have to fret too much about the inanity of modern society.

A round-up of the more irreverent tales of moistness each month would (and does) require a fair degree of research. And contrary to rumour, Fishpool does not have a shoal of sycophantic sprats doing his bidding, but unscrews the inkpot lid and dusts down the copy all by himself.

So I pondered Editor Fallon’s proposal carefully. Wary of the workload and the impact it might have on my playboy lifestyle. I figured I would cope, and reassured myself that there would be one month of the twelve where the copy would write itself. August, after all, is the month when school’s out, Parliament’s out, and work’s out for many. Journalists have nothing to write about so end up scratching around for stories. Out come all the shark tales, and dodgy photos of lions stalking the side-streets of Dagenham and Redbridge. The papers would be cover-to-cover gold, and Fishpool could kick back, find what he needed in a matter of minutes, and rattle out the words quicker than Editor Fallon can sink a pint of Guinness.

But this August has seen the kids still kicking off in the playground. A couple of the bigger lads have been threatening each other with all sorts of nastiness, and the newspapers have barely had enough inches to cover it all.

Any thoughts of a ‘shark special’ have gone out the window, and aside from the extra workload, Fishpool also has Armageddon to consider. Perhaps the conspiracy theorists are right and we are all living in a computer simulation. Why else are there two cricketers playing in the County Championship by the name of Ryan Sidebottom? Whatever next? An alligator strutting around a reservoir in Somerset? Oh…….

Of course, there were a few shark stories knocking about last month, and one of them centred around one of the most stunning fish you could ever wish to see.

It says much about modern angling that the captors of a potential record receive far greater kudos for returning the fish alive rather than bring it back to port in order to gain official verification.

We anglers might not always present ourselves in a particularly good light, but we are fairly progressive in our thinking. Perhaps we should give ourselves a small ripple of applause. Altogether now….

Apparently, the bank holiday weekend was unusually lovely, with scorching sunshine and cloudless skies. Fishpool missed it all, having opted to spend the time plumbing in a new toilet in his Nuclear bunker. It’s a fairly modest affair, though I have invested heavily in the games room. Getting the slate for the full-size snooker table down through the hatch proved a little tricky, but it was well worth the effort and Rocket Ronnie has already been down for a few frames.

I’ve got the cupboards well stocked. Lots of tins – spam, baked beans, Fry Bentos Pies, and around 2,500 cans of tuna. I’m ready for the fallout and whatever else those big lads in the playground have to throw at me. And the best thing is, that the bulk of the food has been free. I had the foresight to invest in a tuna packing company that was setting up on the Goonhilly Downs in Cornwall. They laughed at me at the time. Tuna in Cornwall? Ridiculous!

Chuck another sea-louse on the Barbie, mate….

Back in the late 1960’s and early 70’s, Fishpool did a bit of cycling. It started quite modestly as a safe means of getting to and from the riverbank. The police clampdown on driving under the influence conflicted with Fishpool’s angling technique, and after a couple of close shaves, a push bike seemed to be a sensible alternative.

I would strap the rod to the frame and pedal off to the river, supping at my hip flask en route and arriving beside the river in perfect shape for Spey casting.

Naturally (with such a honed sporting physique), Fishpool turned out to be a nifty pedaller, and it wasn’t long before my talent was noticed. Another angler on the beat was a Belgian chap by the name of Jean Van Buggenhout, and he stopped me one day to make a proposal. He was managing a young lad by the name of Eddy Merckx, who had plenty of raw cycling talent, but lacked a certain Je ne sais pas.

Well, to cut a long story short, I took the young Merckx lad under my wing, taught him the value of single malt whisky and the finer points of detail needed to be as quick on a bicycle as I.

One thing not in his favour was his hirsuteness, and by teaching him to shave his legs, he increased his speed by several mph.

It took some time for young Eddy to learn how to wield a razor without cutting his shins to ribbons, and this is where my particularly tenuous tale becomes relevant.

Some poor Aussie lad paddling in the sea ended up looking just as Eddy Merckx did before I taught him the art of the cutthroat.

And yes – I know it all sounds a little bit far-fetched, but consider this. I daresay you sniggered at the name ‘Buggenhout’a few paragraphs back, but imagine if you found out he was real…?

Christoph Daum – he sleep with the fishes….

And as another selection of inane rambling comes to a close for another month (hopefully saved by one of Will Yates’ illustrations), Fishpool will leave you with a rather peculiar image of his own. At least the Romanian Press found an opportunity for a bit of August silliness….