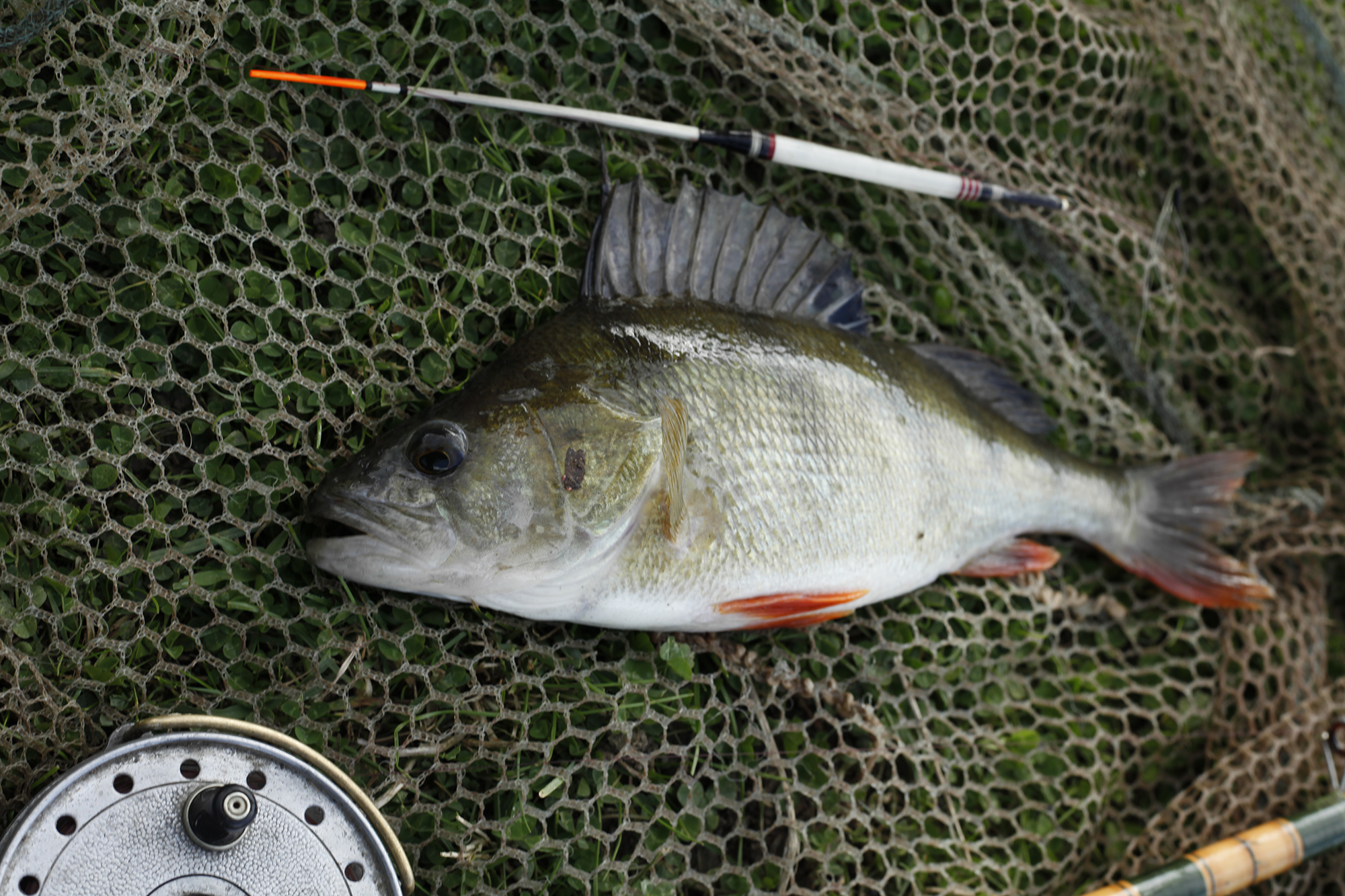 Growing up among the chalk stream sparkle of central Hampshire left me with a slightly distorted view of river life. The Itchen and her tributaries changed little across the seasons. They would invariably run clear, the weedbeds seemed rarely to thin and the trout could always be found in their usual lies.

On rare occasions a period of prolonged rain might lift the water table and the river level, while an increase in abstraction certainly affected the life of the winterbournes, but by and large I could have looked at the water on a sunny day and not known where in the year I was.

The Dorset Stour is a rather different proposition. During the summer the middle reaches all but disappear beneath the high banks. Flashes of water in a sea of reeds and lilies—a series of pools with little discernible flow between them. Come the winter and the river changes dramatically, darkening in colour and mood. The landscape can appear bleak, almost desolate and the river responds angrily to heavy rainfall. I have sat beside the middle Stour and watched the level alter by the minute, while the water itself can change from cappuccino to espresso in the time it takes to drink a mug of either.

My favourite time to visit the Stour is around the beginning of October, just after the first of the autumn rains have flushed some life into the river. Autumn took an earlier grip than it has in recent years though, and I met Chris for a cast on Friday afternoon. It was still September (just), and it was lovely.

After several months of staring at quills in the margins of stillwater, it felt nice to have a float pull line from the ‘pin. There was just enough current to spin the drum, although I had settled a good few paces upstream from the spot where I had hoped to cast. Despite some decent rainfall over the preceding week the current was weaker than I had expected, but the run-off below the shallows always maintains a reasonable push. I flicked out a few maggots as I set up a rod and on the first run through the float buried and I hooked a decent dace. It was a chunky fish of 5 or 6 oz and a lovely start. A chublet soon followed before my line inconceivably knotted itself behind the reel drum to remind me that my river rhythm might not yet be quite on song. 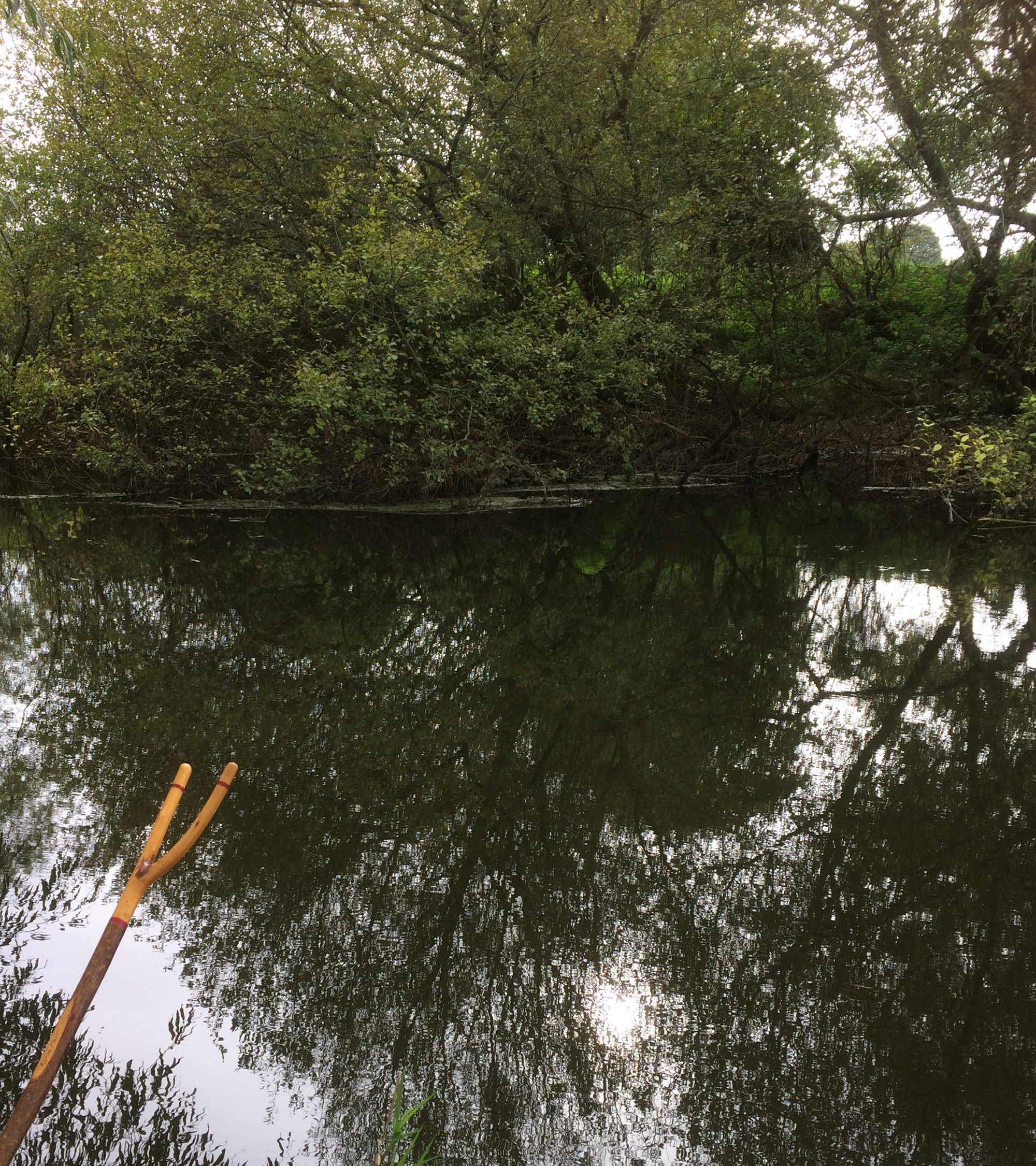 Chris arrived and having weaved a quick spell to untangle my impossible tangle, sat with me on the roots of the willow to breathe in the afternoon. The air was cool, but had that gentle, soft edge of autumn. There was no sign of the sun, but the cloud was high, the breeze light and sitting beside a river couldn’t have felt any more appropriate.

Chris decided to head downstream and have a look at a slack where he had found a couple of perch at the end of last season. I got myself comfortable and tried to build my swim.

A light but steady stream of maggots got the fish moving, and after a couple more chublets, the dace began to feed with vigour. Most were a couple of ounces, with the odd larger fish, and I was beginning to enjoy myself. If the dace missed the bait then it would either be picked up by a small pocket of roach at the end of the trot, or torn apart by minnows as soon as the float nudged into the slacker water.

A change to worm brought a quick brace and a half of perch (the biggest nudging a pound) but bites dried up and I suspected a pike had responded to the splashing. It was nearing six o’clock and I opted to go and join Chris, partly to see how he had fared, but more vitally because a cup of tea was long overdue.

Chris hadn’t made it as far as his perch swim. Instead, his attention had been drawn by a fallen tree that had formed a lovely looking swim where it funnelled the main current up against a weedbed. It looked good for a perch and Chris had already caught one, along with some clonking gudgeon. I readied the kettle and nudged Chris out of the way—I rather fancied a gudgeon of my own.

I took three in the time that the tea brewed and having drained our mugs, Chris realised that he wasn’t likely to get his swim back and so headed down to the spot he had first considered.

I had great fun as the light faded. Running the float down towards the point of the funnel with a dozen maggots every cast, I was getting bite after bite. The gudgeon were voracious, as were the dace, while half a dozen roach and another perch added variety. A chub of half a pound or so put a healthy bend in the rod, before the gudgeon resumed their frenzy and an excited Chris appeared with a fish in his net.

It wasn’t a huge perch, but at a pound and a half (or so) made for a perfect end to the afternoon. The perch on this stretch of river seemed to disappear for several years, so it was lovely to see a few of varying sizes and big enough to cause a few hairy moments. And where swims a pound-and-a-halfer, there surely swims a 2 pounder, and perhaps something bigger still.

There might have been time for one last cast but an unexpected shower had us stowing our tackle and scurrying for the cars. It was no bad thing—I made it home in perfect time for Only Connect and watched with a glow that only running water will provide.