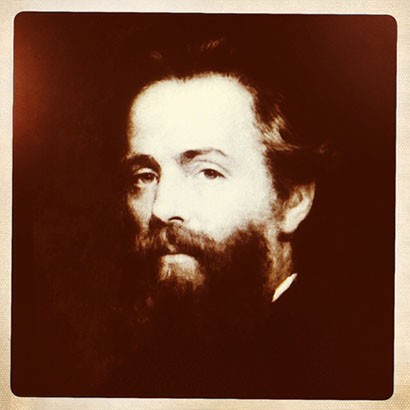 Even those who haven’t read Moby Dick, are likely to be familiar with the story or, at the very least, the great eponymous whale himself.

The author of the novel, Herman Melville, was a man with great interest in the natural world. Though his knowledge of whaling came from first hand experience, Melville respected the sea and the creatures within it. He actually jumped ship and spent time living with the native populations of the southern Pacific islands. There, he became inspired to write following an intense love affair and also by the wildlife he encountered.

Melville was a respected poet and some of his best writing centred upon first hand observations of creatures in their natural habitat. The Maldive Shark (1888) was one such poem, and within it Melville displayed an awareness that was unusual for the time. He was fascination by the pilot fish (see Back of the Shed) and their relationship with the sharks with which they swam. It’s well worth a read.