Here is a list of all articles featured in issue four, in the order in which they appear, with the first paragraph of each feature to give you an idea of its content.
Fallon’s Angler is only available in print, so if you want to read the whole article, please purchase a copy. 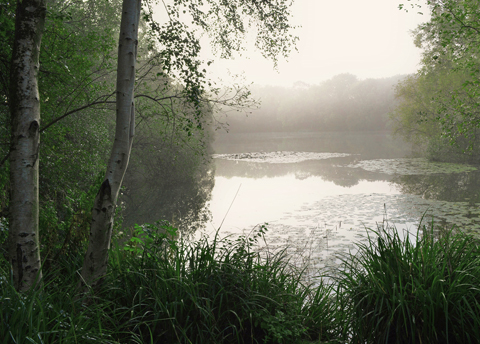 The Tao of tench

Day follows night. The insomniac’s night. Red road map eyes peer across sleep’s surface before sunrise, aching for a glimpse of oblivion’s shore. The room is silent, the air heavy and night breath stagnant; beyond the window, deep velvet-black and the world still sleeping. But I cannot sleep. Tethered to consciousness by irrational work worries and out of proportion personal concerns, my head is a hostage to anxiety. The harder I try to escape, the tighter the knots become. Drifting into dreams is beyond question but soon I see another way out. Down a dark mind lane, shadow fish nose in a squirm of worm breakfast, gill-deep in moat mire, disturbing the silt of now impossible slumber. There is nothing else to do but surrender to restlessness and to rise—rise before the sun and leave the sleeping house. Descend the creaking, neighbour-waking stairs and unpick the clicking lock as the clock ticks closer to daybreak. 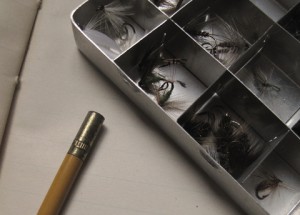 Oxford’s Taylorian Library, Ancient Breton section, perched on the top of a seated stepladder, is a privileged position to be viewing the world of a late September morning. Especially when the early morning sun catches the drift of the dust motes and you can see that your own life is but a speck in the blast of the cosmos. 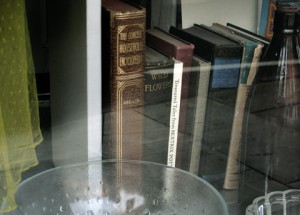 From charity to cherish

From a cast of thousands it seems that I am custodian to at least one of each kind  made in the last 40 years. It was a fascination that bloomed into obsession the first time my father allowed me licence to wander into that realm of wizardry that dwelt within his tackle box, a green Efgeeco that smelt of leather, varnish and tobacco, resplendent with grey and yellow Stewart Boxes and Old Holborn tins in various states of repair, each full to the brim with wonderful things; plummets and Arsley bombs, split shots and spaddette hooks, and most fantastical of all, row upon row of gleaming floats. 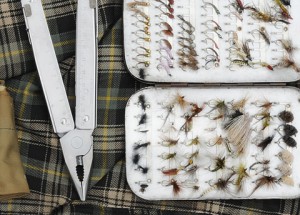 What’s in your bag?

“If I can, I’ll make it myself. My flies, nestled in an unusual brown Wheatley box, give an added satisfaction to a landed fish, but to make everything is a level of self sufficiency that pleases the most prehistoric hunter within me and something that I hope one day to achieve completely. 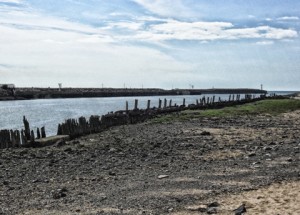 I arrive from the western end; slowly, softly, a footpad stalking through the long tufts of marram. Their wet stems, loaded with the day’s early dew, creak like eaves beneath my feet. We are into the early flushes of spring, but still getting by on meagre rations for now, the watery gruel of sunlight in this early season still not enough to fully energise me after a long, drab winter. Tired, I still seem to travel as much by feel as by sight, a throwback to the late dawn/early dusk format of the winter days from which we are only just beginning to drag ourselves. I crest the first mound, half falling, half resisting in those giant bounding strides which, as kids, we usually reserve for those special times when playing in deep sand or a sudden dump of snow. Each new soft step I take rapidly fills in behind me, an egg-timer trickling reminding me that I need to get this job done quickly before I get ready for work, but not so quickly that I don’t have time to take a moment. 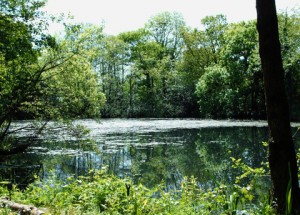 Happiness is a pond

The delight of skiving schoolboys and ageing men alike, there is something magical about a small, weedy pond. These are places where the usual rules of time don’t apply; separate little worlds, where it is possible to forget about schools, offices, traffic or the shite that awaits on Monday morning. These are spiritual retreats for daydreamers, deadbeats and ramblers. If heaven exists, I imagine it to be a tree-lined pool where it is always summer. 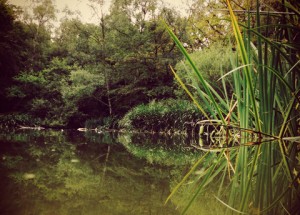 Deep within the leafy folds of mid-Wessex, through a five bar gate and across two fields, is hidden one of the finest crucian pools in the country. These are proper, untainted fish and though the fishing is never easy, there is always enough bubbling and nudging to keep an angler pleasantly frustrated for hours on end. 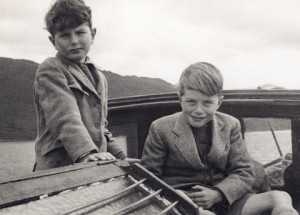 For several years now I have been buying and collecting old photograph albums from markets, car boot sales and auction houses, building an archive in the form of a slide loop of thousand upon thousand of related and unrelated images, sometimes using them individually or in short picture series on my blog. 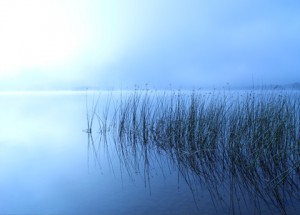 When the ice has cleared

Every short summer has its own melody, every long winter I try and guess the tune, write the lyrics. Finally, when winter’s icy, tantric hold slips, the frost-burnt landscape explodes into an almost unreal sea of green. Someone’s turned the lights on, my needle hits the groove and I’m an angling angler again. The air in July is crisp yet warm and laden with forest scents carried on schizophrenic winds, as big fish start moving.

Sea fishing in all seasons, by Nigel Ling

Sea fishing follows the tides. Windows open and close with the motion of moon and sun, timings cycle through the weeks and months. Right combinations of tide height, weather and hour can take a long time coming round. When you don’t live near the coast, more time is spent collecting bait at one stage of the tide and then waiting for the fishing time at another, than doing any actual fishing. A good local tea room is a blessing for the visiting sea angler; a coastal friend is even better. 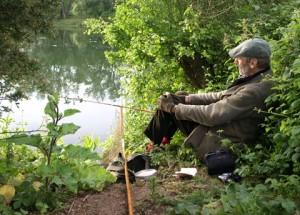 Fishing in the 17th century, Izaak Walton probably never experienced the weird sense of impending vertigo that occurs whenever a big fish tries to empty an angler’s reel. I’m not saying that he never hooked any big fish, but I’m fairly certain that he never used any kind of reel. Wooden and metal spools on spindles were, of course, nothing new in Walton’s day, yet so few people had even attempted to incorporate them into angling that, in The Compleat Angler, Izaak can only offer us the vaguest impression of “…a wheel affixed somewhere towards the middle of the rod or a little lower.” So I suppose that whenever he hooked an unstoppable fish with his fixed line, he just had to say goodbye (unless he could hop onto a pony and gallop into the water after it). This is a shame, because had he been able to burn his thumb on the rim of a whizzing winch he might have given us an extra chapter. 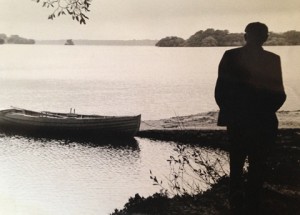 The thing about trout

Garrett Fallon falls under a spell

I have been having a strange, recurring dream recently. I am in a dimly lit attic. It is musty and a smell of old newspapers tints the air. Thick curtains of cobwebs preserve the position of things, the path through them unbroken. Nobody has been through here for years, there are no footsteps in the dust, dead spiders hang belly-up in their graves of silk.

Exploring deeper, I discover a box of junk, but it can’t be just junk. If nobody wanted these things, then why were they stored away? Time forgets, but a box retains a memory. Within it there is a wooden lamp stand—ornate, carved by hand, possibly African; there are old copies of The Field with faded photographs and adverts for Morris Minors. Then I see it, cylindrical, a spool, an old Hardy reel. I rub the dust away, and carefully holding the handle, spin the spool three times. Force of habit. There is a soft flash of light that reflects off the reel like a pulse, and in ripples it runs across the objects in the room until it reaches the walls and passes through them. 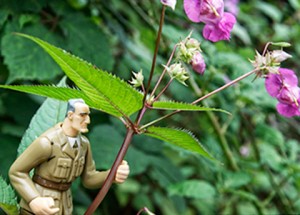 Giant chub of  the Himalayan jungle

I don’t normally have time for poverty, or a head for heights generally, but there is something about the peaks of Nepal and the strong arms of sherpas that excites me as a plastic military general. 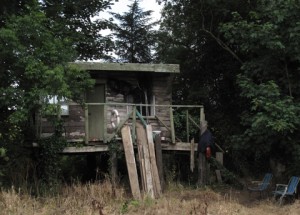 The island fishing hut at Killavullen, the Blackwater, Co Cork

A moment in time, by Nick Fallowfield-Cooper

An offer from the editor found me flying to Co Cork in Ireland for a few days’ salmon fishing, and the opportunity to meet and photograph some angling locals who have deep connections with the Fallon family. 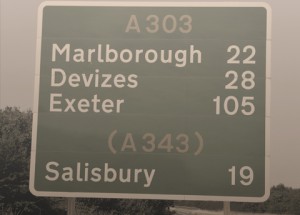 What happens to us after death has been the subject of philosophical enquiry since time immemorial. Do we, in some sense, live on? Was the Roman poet Horace right when he wrote “non omnis moriar”: I shall not altogether die? Or is death the end? It is, you might say, the ultimate question. I myself had always inclined towards the former possibility, which is to say that I had always hoped, in a vague and unexamined sort of way, that my existence would continue, post-mortem. What I’d never imagined is that it would continue in a hotel just off the A303 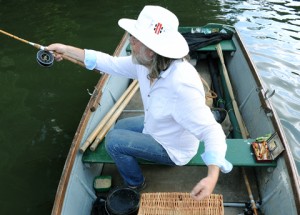 Time travel on the Thames

An angler for all seasons, Steve Roberts  is afloat on Chalmers and Hobbs

“Oh, hello, I see you do casting tuition?” came the voice on the line. Now, I thought, this’ll be interesting. “Yes, single and double handed rods for trout and salmon,” I said. Thoughts of the Kennet or the Wye started to pop out of the blue to join the phone call. 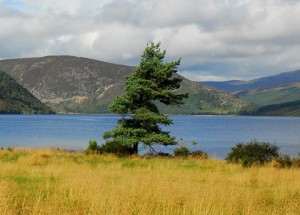 I suspect that most anglers have in their hearts a special place, a waterway or district far from usual haunts where, when life has otherwise run dry, they can cast and contemplate and replenish. After all, fishing is often as much about distance, a physical sense of removal as well as an emotional one, as it is the filling of nets. 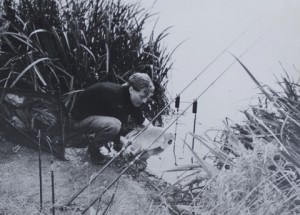 By hook and by crook

For the love of carp, by Dexter Petley

I am fortunate, in that living on grass under canvas, I don’t have to close the door in order to shut out the world. There is no world, no society of people to intrude. What there is comes in and out at will. Nature seeks no permission, recognises neither boundary nor property. No matter how invasive, it’s unarguably just, under natural law, that one such as I who spends much of his time invading the carp’s environment with baited traps and highly artificial weaponry, is in turn invaded by land-based flora and fauna who spend much of their year catching me out with instinct and cunning. 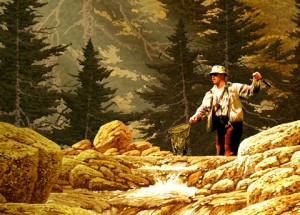 T he bottom of the ravine, bathed in high sun, reflects tan through low water. Shaded banks permit the pebbled and cobblestoned flow to remain cool enough for trout. Urban it is in a manner only derived from the previous century’s legacy of commodity manufacture. Some places, in some cases, are as worth noting as the fine architecture that has also been left behind; scattered belts of trees along streams, spaces left undeveloped on account of some select-and-successful industrious individual’s love of trout