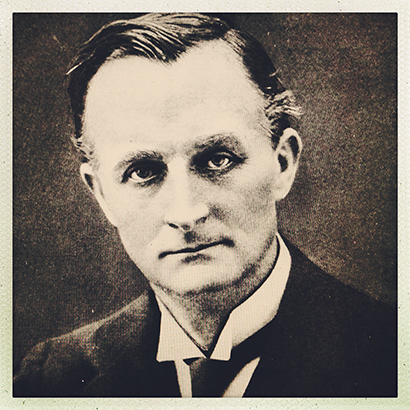 Sir Edward Grey, Viscount Grey of Fallodon, holds the record for the longest serving Foreign Secretary in British Political History. Keeping office from 1905 to 1916, Grey was part of the Liberal Government that was in power at the outbreak of the First World War – making the statement by which he is often remembered, ‘The lamps are going out all over Europe. We shall not see them lit again in our time.’

When he was not embroiled in affairs of State, Grey immersed himself within the countryside. He was a keen ornithologist, and wrote the book The Charm of Birds, in which he described the birdsong that might be heard at different times of the year.

Grey seemed at his most content when beside a chalkstream with a fly-rod in his hand and an evening hatch beginning to billow. He particularly loved the River Itchen and owned a cottage in the village of Itchen Abbas, through which the river flowed.

In 1899 he published the book Fly Fishing, for which, in angling circles at least, he is renowned, with his descriptions of leaving London to journey to his beloved Itchen particularly poignant.