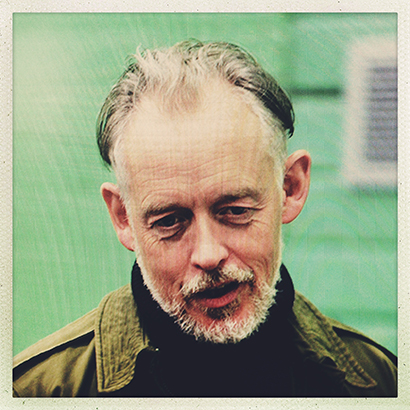 Having grown up in an environment influenced by the rigours of religion and army-life, John Andrews’ subsequent career in the music industry must have made for quite a contrast. As marketing manager for Creation Records, John lived life at 1000mph – his daily dealings involving bands such as Oasis and Primal Scream. His was a whirlwind many would envy.

In 1992, following the death of his father, John found his world turned upside down. He began a journey of self discovery, and through writing and fishing, he began to unravel his self.

Published in 2002, For All Those Left Behind is a poignant memoir inspired by this period of John’s life, and he has continued to write in various forms ever since. He is a regular contributor to Caught by the River, and Classic Angling, and also writes a blog at  www.andrewsofarcadiascrapbook.blogspot.com. He also makes live readings and interviews and can be found at Spitalfields Market every Thursday where he deals in ‘Vintage Fishing Tackle for the Soul’.

Twice a year, John also organises The National Vintage Fishing Tackle Fair, and currently he can be found in the hallowed pages of Fallon’s angler Issue 4.