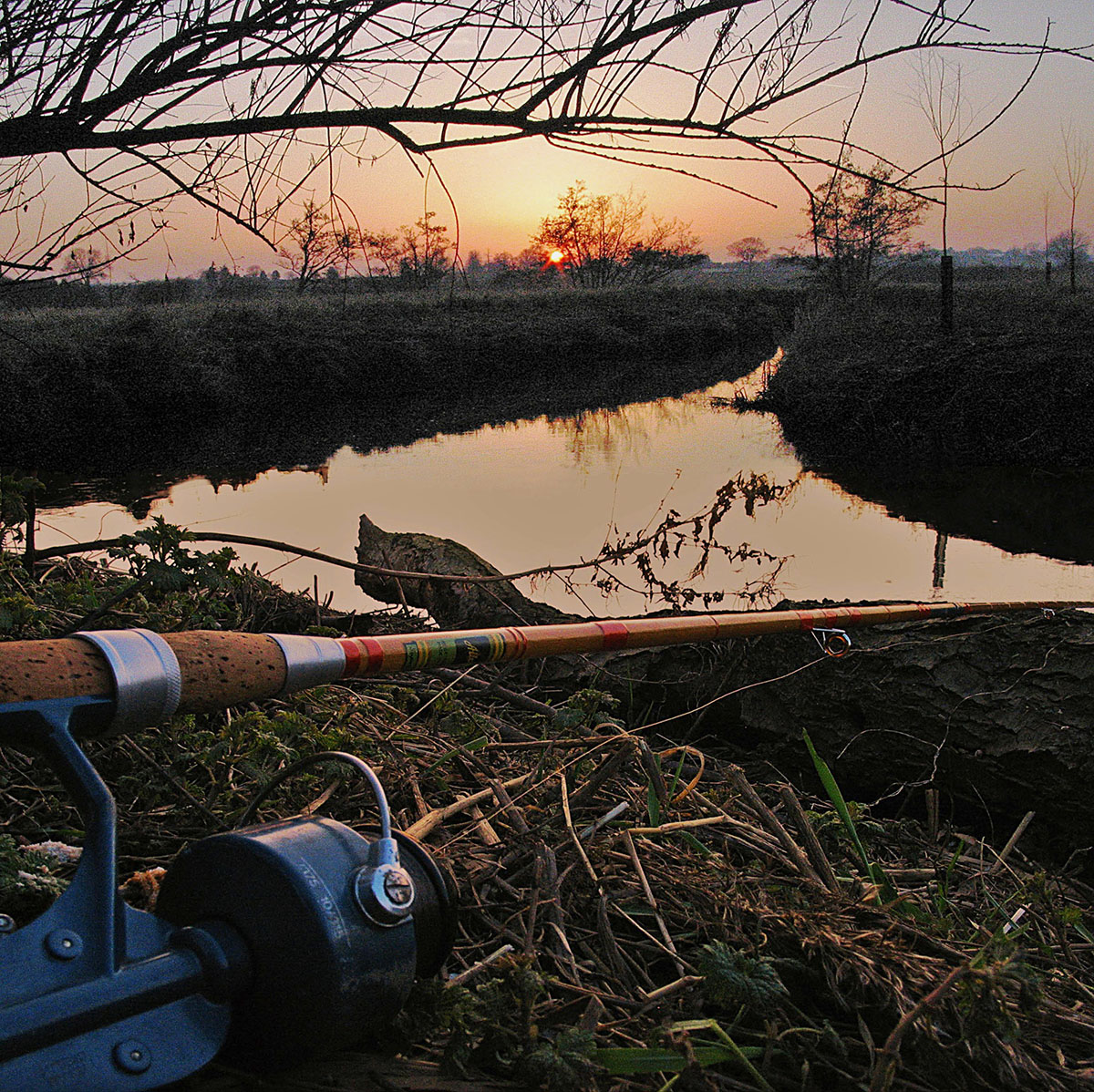 There’s a river not far from here. It’s a miniature river, a Trumpton river winding through toy-towns and out into their rural hinterlands, flowing beneath hilltop churches, through ancient fords and under bridges, draining and watering this ever-thinning strip of old farming Essex, a shallow agricultural valley still surviving against constant assault from insidious suburban expansion.

It’s a narrow stream of a river you can jump across in many places, but it wasn’t always thus. Old names on old maps reveal its history as a transport link for goods between villages in centuries past and to power mills along its length. The water was certainly much wider in earlier times, wide enough in places for barges to turn where now you’d have trouble rowing a canoe.

It’s an historic river. In woods and fields close to home it snakes through a ghost village, reputedly vanished with the plague. Further upstream and downstream it flows through the grounds of old country houses, mediaeval priories and vanished hunting lodges; the haunts of historic kings, pious men, villains, rebels and martyrs. 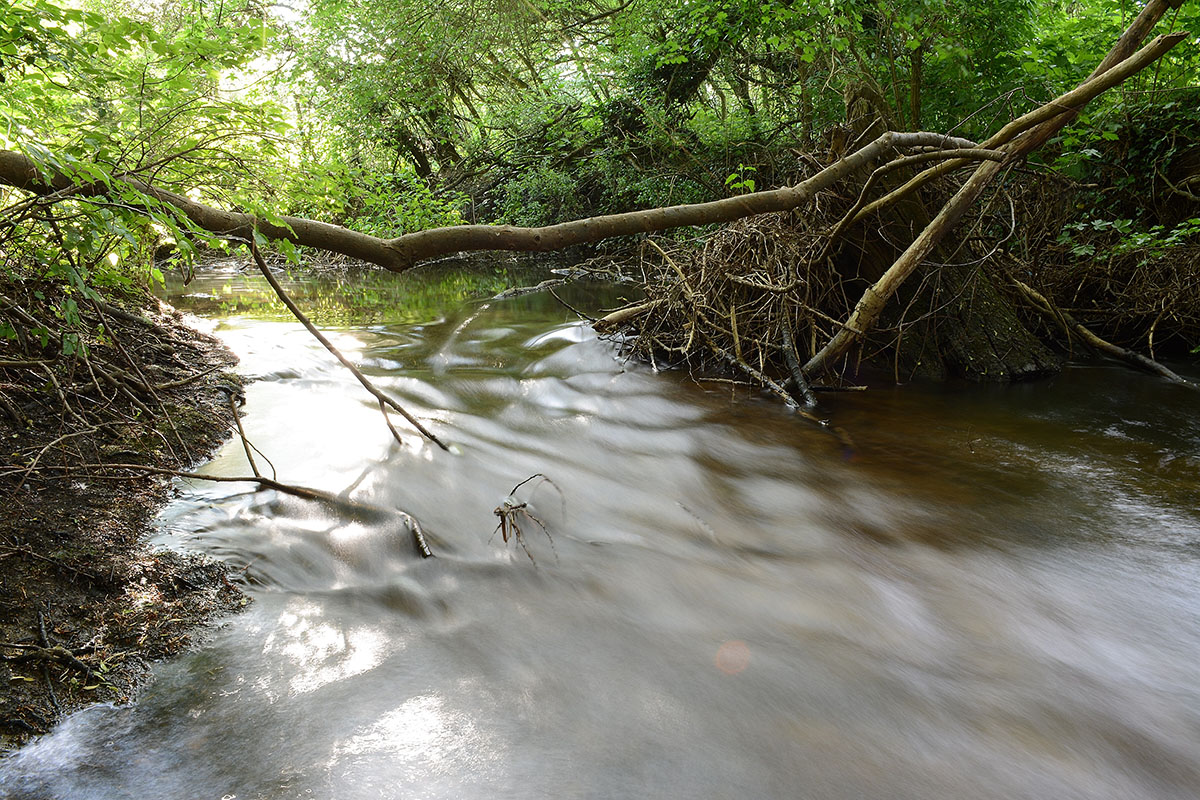 It’s a memory-river. As a small child I dipped a net here, a yellow net, nylon, shaped with a wire frame pushed into a bamboo pole, probably the first fishing-related experiences of my life. Mirrored minnows and crimson-bellied sticklebacks, ugly bullheads, tiny snails and all sorts of creepy-crawlies turned up in that net. A tributary ran past my infants’ school through woods and fields, right down to the old chicken farm, now a sports centre on the edge of a residential estate. It was a place of mystery to explore after the home-time bell had rung. Years later, once the basics of rod and line had been mastered, gudgeon became the river’s main appeal. In teenage years, roach, dace and perch were added to the list. A decade ago, returning to old haunts after a long absence, it provided a chub bonanza – nothing big, nothing that would raise an eyebrow from the specimen anglers of this world, but many, and beautiful they were too. 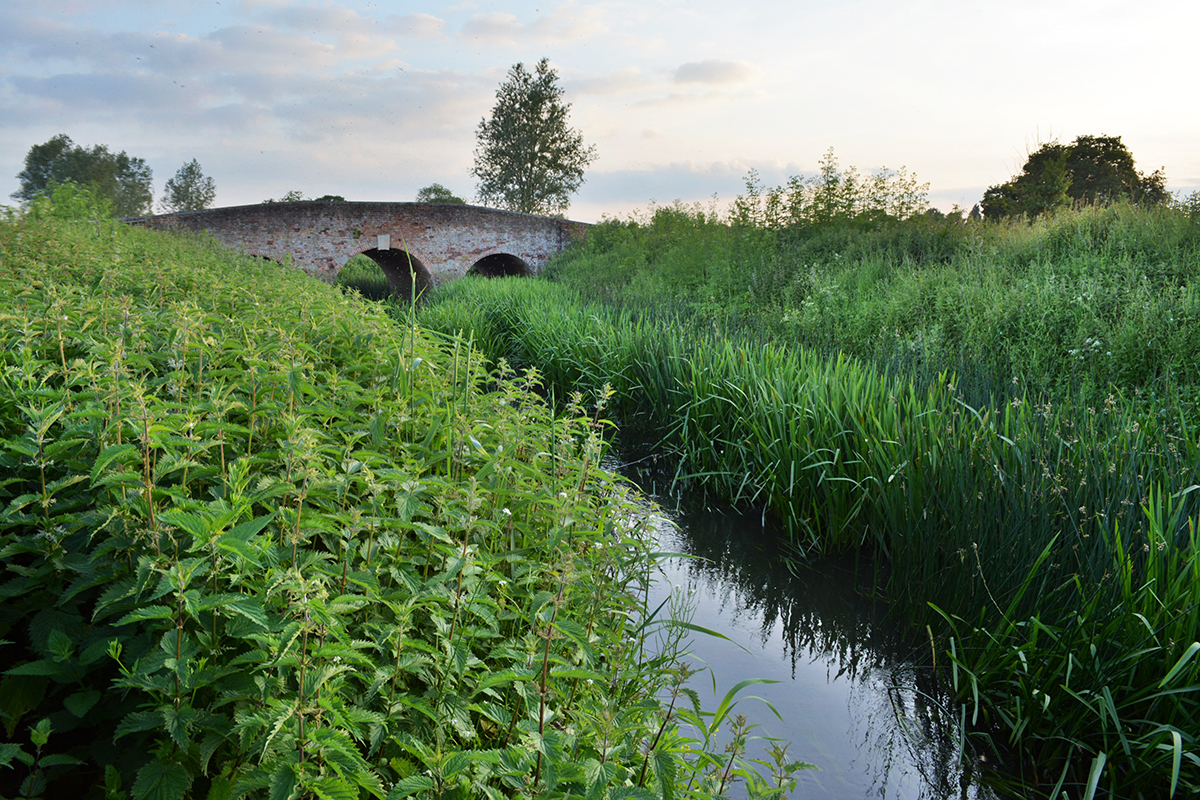 It’s a wild river, spring-fed, but like a spate river it rises and falls quickly with the rain. When storms arrive it swallows farms and roads overnight. All kinds of flotsam gets washed down in the flood and dumped where it falls. Bits of cars, domestic furniture and other detritus all find their way down the valley. For several seasons, the carcass of an old refrigerator hung in the branches of a tree, ten feet above normal water level. Eventually it became worn down and broken up in storms and torrents. The buoyant material rode the current in pieces to end up at fallen-tree dams downstream, creating chub-rafts. The rest just sank and became tackle-consuming snags. 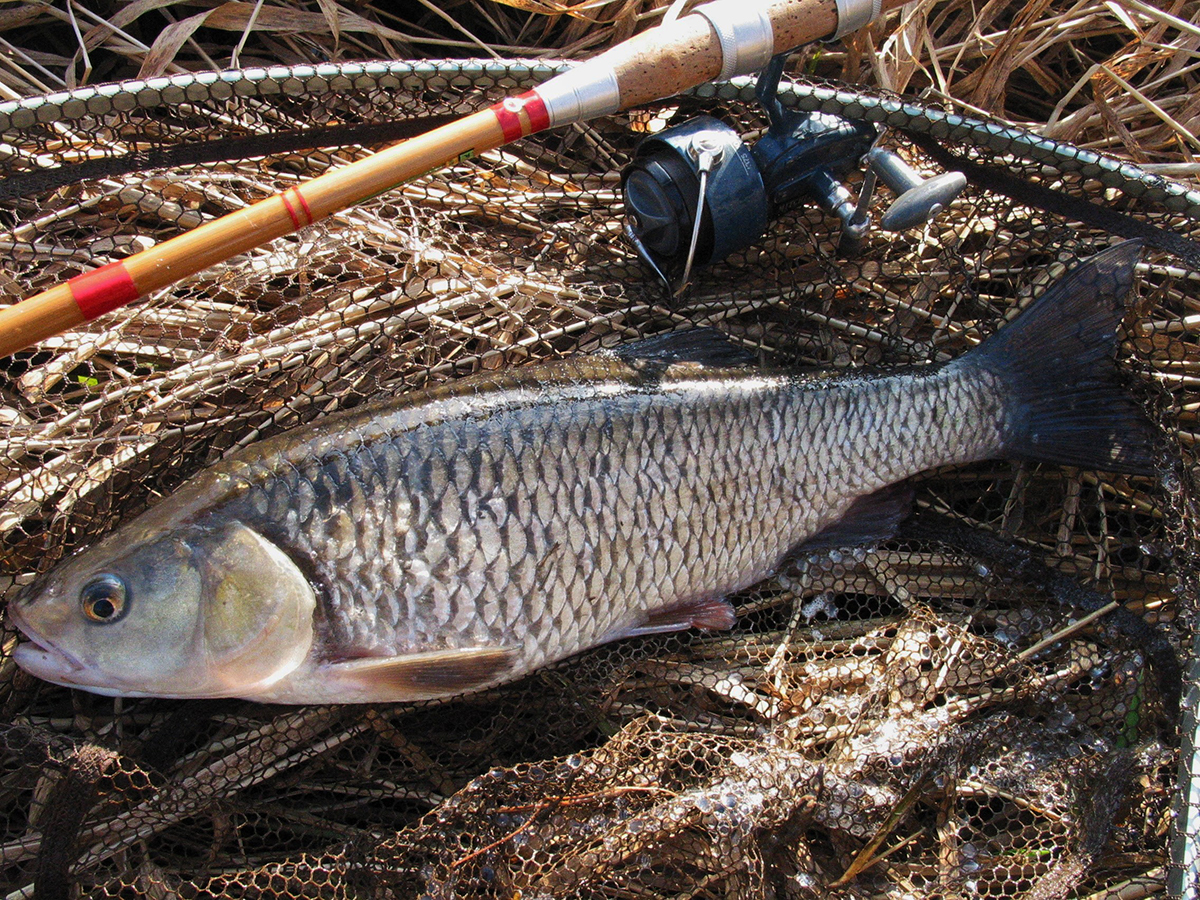 It’s an ever-evolving river and mostly an unmanaged, uncared-for one. On my home stretch, old willows fall and stay where they fall for years. Collapsed boughs take root and divert the stream or dam it until they are uprooted by bank erosion and pushed away in a deluge, perhaps to block another section downstream. A new eddy or pool might be formed by the displacement. The banks are nettle, thistle and bramble and are hard going in summer. Midstream shallows in those months are choked with bullrush, iris and sedge. It is a better angling prospect in the winter after the first few swells of rain, when the levels rise to a steady back-end norm and the temperature follows a steeper downwards curve.

It’s a winding river. Looping, and doubling-back, deep pools on bends and shallow riffles, undercuts and weirpools. It has several sources and feeder-streams, and at its lowest reaches it forms a confluence with another river, which in turn feeds a much bigger watercourse. Some of it was dredged, quite drastically, some thirty years ago, wiping out much of its ecology and leaving a lifeless, rapid-running trickle at the bottom of an eight-foot canyon. At least they didn’t try to take out the bends. The intention of the dredging was to remedy flooding. It didn’t work. Now the river is a long time healed from that scarring, but with wetter winters and springs, I wonder how long it will be before someone in a position of power decides to call in the JCBs again. There are already plans afoot for some heavy-duty flood prevention schemes upstream. Despite my concerns about over-eager intervention, some tree clearance and silt removal here and there in the lower valley would probably do a world of good in the long run.

It’s a kingfisher river, whistle heard, bird often unseen. They used to nest in a sandy high bank on my home stretch but seem to be gone these last few years. Perhaps spring floods or predators sent them somewhere safer. But flashes of blue and scarlet still flash by, navigating the narrow gorge like they’d been taught by an ace jet pilot, stopping here and there to show me the minnows are still at home.

It is a fragile river. With the water treatment works at various locations along its banks, every so often a pollution incident occurs and fish are wiped out for miles. Otters too have made their mark on the chub population. But it’s also a resilient river, and despite the spills, the intensive arable farming and the inevitable crop-spraying it somehow remains rich in the foundations of a healthy food chain. Invertebrate life recovers quickly and fish always come back in the end.

And it’s not just a river, it’s a nature corridor, supporting a pyramid of wildlife from insects to apex predators and enabling movement between habitats and hunting grounds, by-passing conurbations. Good dragonfly country, good barn owl country too. Egrets visit, herons wade, kestrels hover. It’s a night river of deer-bark and fox-scream and by the touch of dawn light, birdsong and a breeze through crops and grasses.

It’s a rise-and fall river in so many senses. A river I will often leave for many years but which I can always return to and feel at home, at peace. And from time to time I visit with a fishing rod. It’s a river for anybody to enjoy, but when I am roaming its banks in the quiet hours of dawn or dusk, it is nobody else’s river but mine.