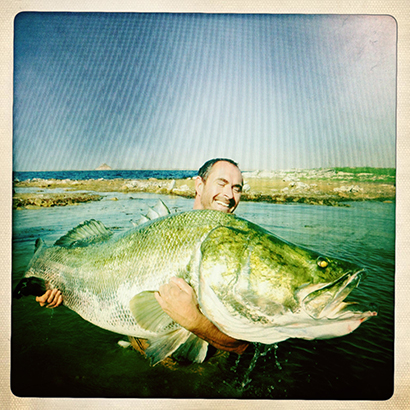 Richard Walker once described the perch (Perca fluviatili) as the biggest fish of all. Not in the literal sense, of course – that would be silly – but anyone fortunate enough to see a fish of 3lb or more in the flesh will understand his sentiment.

In Africa, however, there swims a perch that would scoff a three pound Perca as a mid-morning snack. The Nile perch (Lates niloticus) is one of the largest freshwater fish on the planet, growing in excess of six feet in length and weighing as much as 400lb. Native, as its name suggests, to the River Nile system, it is also found across much of Africa having been introduced to waters as a food source in areas where it does not naturally occur.

Unfortunately, on lakes such as Victoria, the stocking of Nile perch has had a major impact upon the existing ecosystem, and it is considered by the International Union for Conservation of Nature (IUCN) as one of the world’s 100 worst invasive species.

Its presence does at least attract anglers from across the globe, some consolation at least for the local fishermen who have lost many of their target fish but can guide foreigners in the direction of these prickly giants.