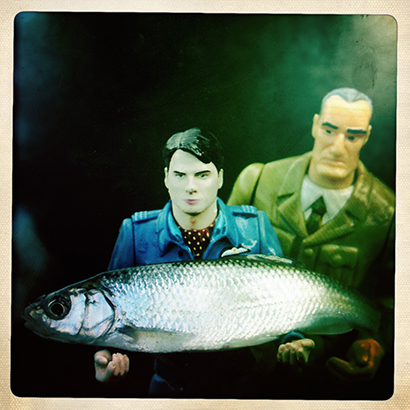 For many anglers, the humble bleak (Alburnus alburnus) is looked upon with little fondness. It is a small fish, the British record is around 4 ½ ounces, that tends to congregate on large shoals and will snatch a bait intended for a quarry far larger. Found predominantly in flowing water, the bleak a long, slim, silvery fish, with an upturned mouth designed for feeding in the surface layers of water. They superficially resemble tiny tarpon and are often targeted by those looking to secure bait with which to target pike, perch or zander.

Match anglers tend to have far greater regard for the bleak. Where they swim in number – a bleak shoal can be many thousand strong – they can be caught quickly and easily. A light whip is often employed, and with steady loose feeding, the bleak will boil upon the surface, grabbing a bait within a moment of it touching the water. Though numbers have dwindled of late, the River Wye has seen some tremendous match catches of bleak. This autumn’s Wye Festival was won with a catch of 1300 bleak in just five hours (more than four fish a minute!) for a total weight of over thirty-eight pounds. That is some effort and some shoal.