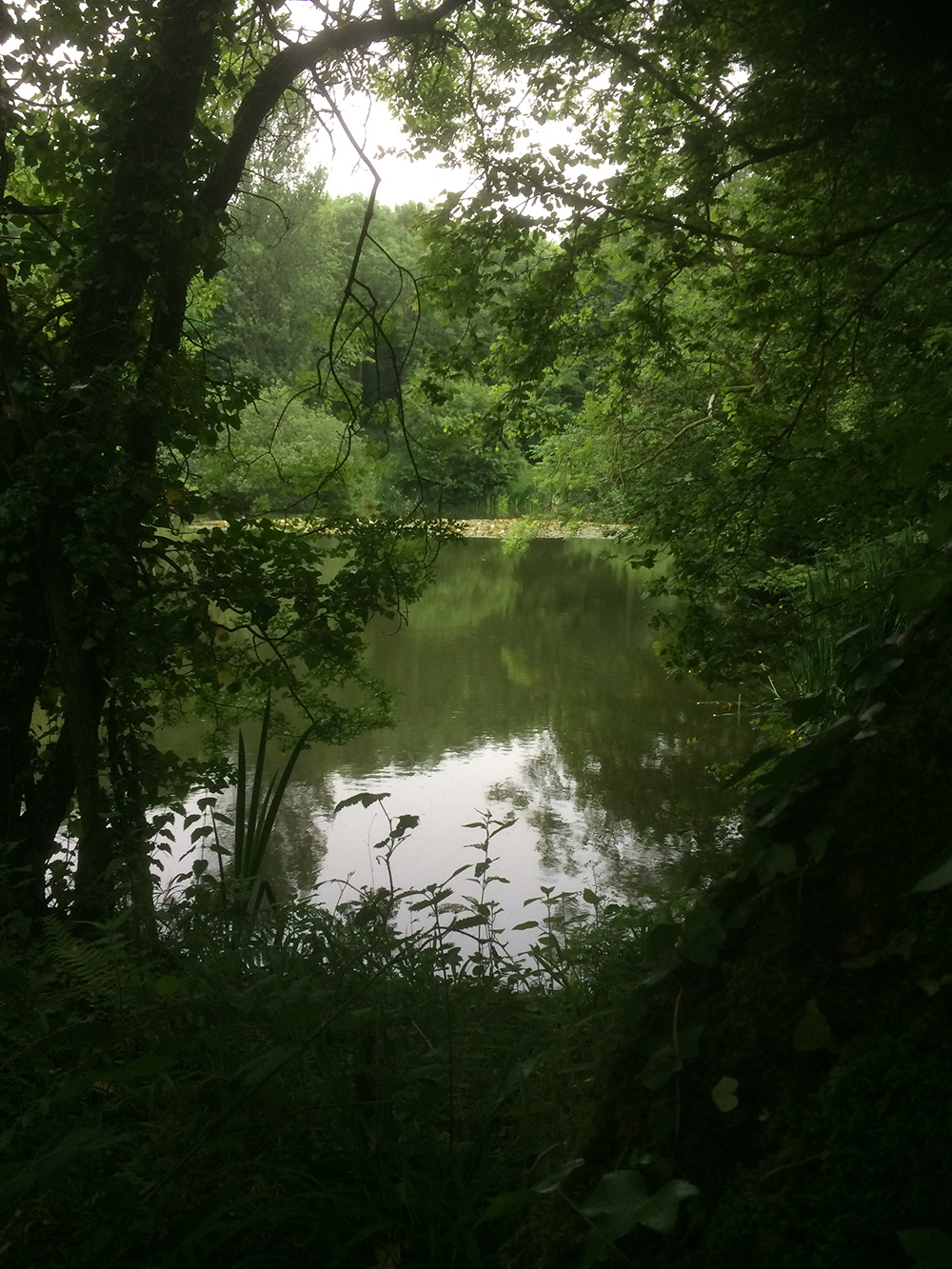 It is easy to forget how close we live to the sea. Our cottage faces south, but is tucked into a fold of the West Dorset hills and we need to climb a few hundred feet in order to glimpse saltwater. Occasionally, with an inshore breeze, there is the faintest briny whiff on the air, though it is normally Sue, my wife, whose nose is sensitive enough to detect it.

Having spent her formative years on the coast, Sue has a special affinity for the sea, and to mark her birthday we popped down to Chesil for a couple of hours. The unsettled weather had whipped up quite a swell and as the waves crashed onto the pebbles, so the salt peppered our faces. Sue was soon captivated by the shapes and swirls of the water, while my attention was drawn, inevitably, to the anglers. Despite the conditions, there were still dozens of determined souls thumping their feathers into the wind. Rods were bending regularly, but not to the dance of mackerel. Instead, the hooks were snagging into the great rafts of seaweed that had been loosened by the sea. And such was the power of the undertow, that one or two of the anglers were getting dragged towards the waves as the water sucked the weed wads back across the pebbles.

Nobody caught while I watched, and I very much doubt that they would have had any joy after we left. Sometimes conditions are such that fishing becomes an ordeal, and I wouldn’t have fancied tackling that sea myself. It stirred some interest at least, and the big sea should hopefully clear the last of the Maywater and look rather inviting when it settles. My thoughts though have been drawing towards freshwater, which is just as well with a new season approaching.

I had a few walks around the lake below our cottage before the weather broke. It hasn’t been fished for a few years now and is looking good for the neglect, the only paths to the water’s edge on the woodland edge being those of deer seeking a drink. The first evening was still and a little close, with high cloud cover and a good smatter of insect life on the wing. The lilies at the shallow, top end were surprisingly quiet. I had expected to see a few twitching pads as he carp nosed about, but they were all down at the dam end. There, in open water, the fish fizzed.

The lake is only small but there is a fair head of carp. Most were stocked around 8 years ago after an algal bloom led to a major fish kill. A couple of the original stock have subsequently been caught though, giving a sense of mystery to the place, while the newcomers, although small, were brought in from Glastonbury Abbey where the lineage allegedly dates back many centuries. They are small-mouthed, sleek bodied and fight like tigers.

My biggest carp from the lake was one of the original stock and weighed in at nearly 15lb. As with every carp I caught here, it took a piece of floating crust, though there was no sign of surface feeding fish this evening. Instead, the carp were feasting on (presumably) bloodworm and sending up streams of bubbles wherever I looked. I was reminded of an article by Richard Walker—in fact, it was the first piece in the very first edition of Waterlog magazine and was, appropriately, entitled ‘Bubbles’. It had a lovely, offbeat tone, quite unlike the instructional quality with which Walker was arguably most associated.

These bubbles would have had the Buckden Brothers, those renowned spirit level makers of which Walker wrote, in absolute awe.

A couple of evenings later, and under a cloudless sky, the carp were in a very different mood. There is a tangle of partially sunken willow midway along the wooded bank that forms a handy refuge for the carp and three or four were mooching around the exposed trunks as I approached. This time I had a pocketful of dog biscuits and having flicked in a dozen or so, the fish began to stir.

Despite the interest beneath my feet, I was distracted by movement on the opposite bank. There a little drainage stream feeds into a small reedy bay and the shallow water bulged as fish moved. It was a spot where odd fish can often be found, but rarely seem to feed, and I wondered if they were spawning. As I crept around to have a peek I realised they were more interested in food than one another.

There seemed to be emerging insects climbing the reed stems that the carp were happily gorging on. I dared not get too close, the water at this point is little more than a foot deep and any heavy footfall would scatter them all. Instead I propped myself up against the trunk of a sycamore and flicked a couple of dog biscuits into the margin. They were taken within moments.

I had around two dozen biscuits left in my pocket and having flicked around half of them in, decided that the next would be the one with my imaginary hook in it. I decided to target a lighter coloured fish that was showing beneath a stray bramble branch, and flicked my chosen bait within a few inches of where I had aimed. I expected it to be taken immediately, but it was as if the carp could sense the imaginary hook. Over the following minutes I emptied my pocket of biscuits and every single one was gobbled down except the ‘one’.

Eventually, as the wash from the frenzy subsided and my biscuit drifted out from the bank into open water, a carp (not the light coloured one though) broke surface and it was gone. I smiled. Had they sensed my intent even though it was benign?

It certainly delivered a timely nudge to my fishing self—who has been snoozing contently since mid-March. As seems to be the pattern in recent years, Spring has passed a little too quickly for my liking and I haven’t done half of the things I had hoped. But now at least, I am looking forward to the 16th and if the weather settles I might just have a cast for the mackerel before then…