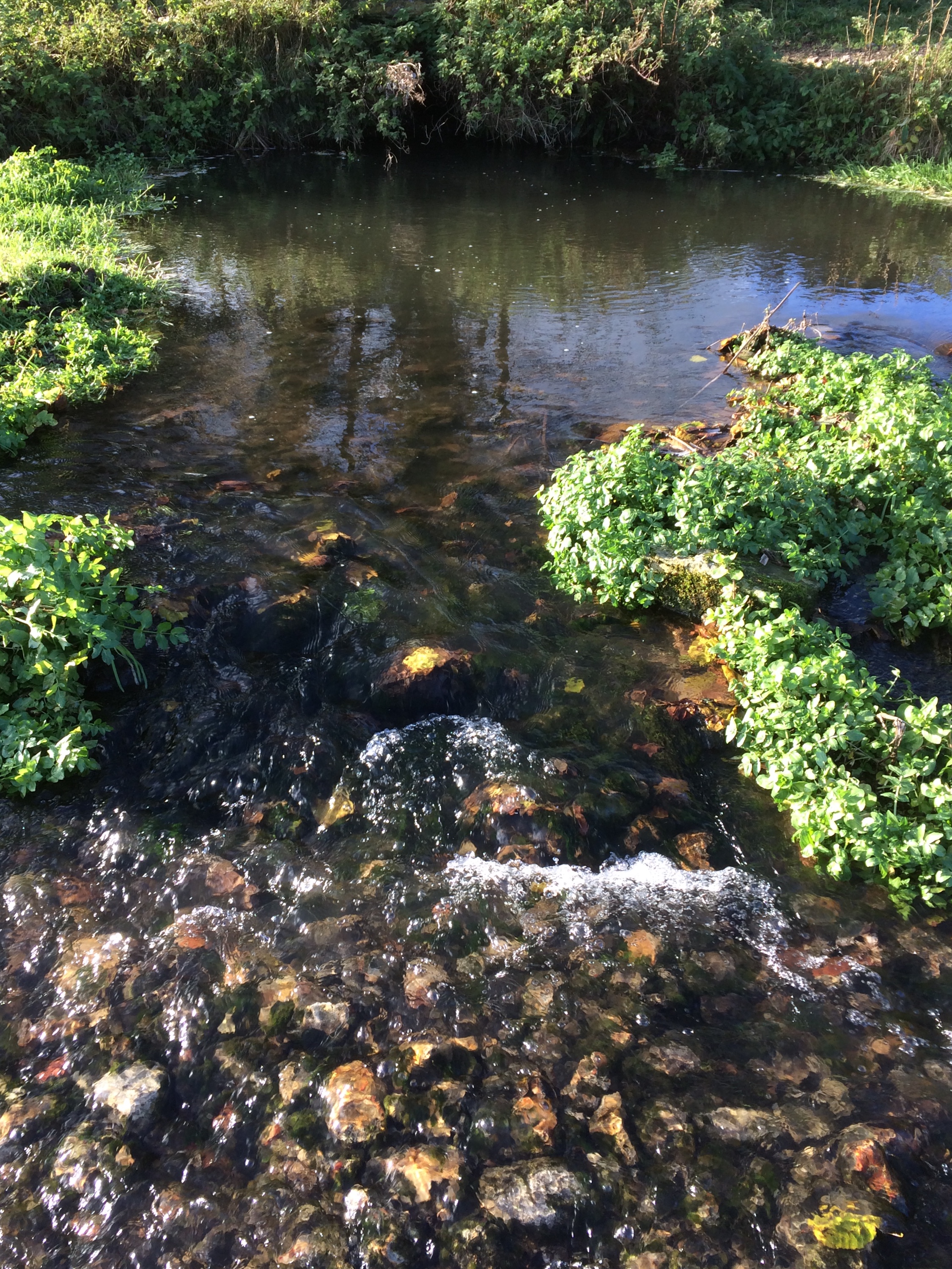 The spring that supplies us with water, bubbles up just below our cottage before trickling off to the north-east where it becomes the River Wyn. It is a tiny course that soon meets the Hooke and then the Frome, less than three miles away.

Unlike the winterbourne that I grew up beside, the Wyn flows throughout the year, and judging by the presence of egrets and herons, it must support a reasonable head of fish. I presume there is a smatter of brown trout, particularly lower down the valley, but have always suspected that bullheads dominate the stock, and this month I had the opportunity to prove it.

Around the midpoint of its length, the Wyn drops over a small stone sluice to form a pool which I have often fascinated over from the dry of the car. The road rises away from the valley floor at that point and offers a lovely view across the sheep-nibbled pasture and zigzag of stream. The lack of traffic means I can usually stop for several minutes without providing an obstruction, but until recently I hadn’t realised that a footpath provides direct access to the pool.

I spotted the footpath sign while on a leisurely diversion to track down a group of hawfinches, and made my way with a certain sense of trepidation. I had always imagined the pool to be deep and dark and full of mystery, and so often such spots are best left to the imagination.

This time though, my hopes were met.

I stopped on the stone slab that guarded the sluice, and below me the clear water disappeared into dark. Were the sun higher, than perhaps I may have seen the bottom, but in the light of late autumn, the four feet or so of depth was sufficient to shield plenty of potential secrets. I was blind to an area as big as a table-tennis table, plenty of room for a half-pound trout to be tucked. At the tail of the pool, where the water shallowed to create a ford, some larger stones caused a slight riffle in the flow. The water there looked clean and full of oxygen and some of those stones surely had to be hiding bullheads.

I waded in to ankle depth and worked below a couple of likely lies. My toes felt the chill immediately and a quick dip of the fingers suggested this would be a fairly brief endeavour. I would have to choose my stones carefully. 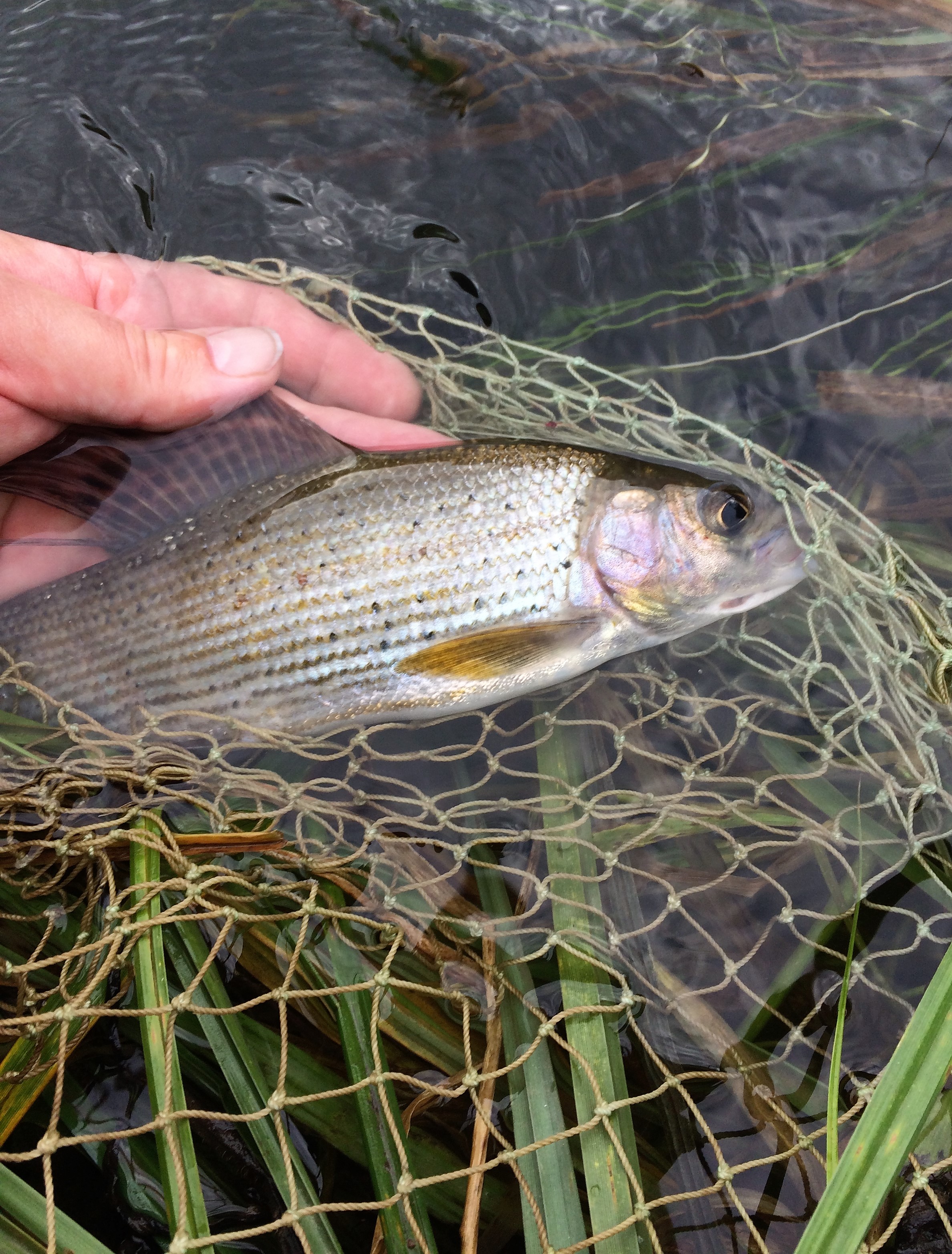 The first couple of turns revealed nothing but a swirl of sediment, but the third, a large flat wedge of rock, had someone at home. I paused as the curl of bullhead lay below me. How did I used to do this? As a child, I was an ace bullhead catcher – but did I move slowly, as if I were tickling a trout, or make a lunge?

I opted for the former and edged my fingers towards the fish, which promptly vanished into the dark water with a quick flick of the tail.

I tried a different tactic for the next effort, leaving the stone in place and letting my fingers search beneath. I felt nothing but ice, and my hands felt awkward and clumsy. I would have to go for the lunge.

In midstream was an orange, rounded stone, that seemed to be propped up by a couple of smaller scraps of gravel. I eased it up and beneath was lying a clonking great bullhead nearer five inches than four. Before I had a chance to move, it flicked left and then downstream where it nudged up against the sole of my boot. I moved for it with my left hand and it raised itself and rested on my slightly crooked fingers. For two seconds I grinned at its form, feeling no need to lift it from the water, before it darted away and I headed home to stick my hands in the oven.

A few days later found me casting a line a fair way further downstream. Skeff had picked me up and we had ventured down to meet Chris, Jason and Mem on the banks of the Frome near Wool. I had fished here during our first Dorset winter, but had no joy in a swollen river. That turned out to be my only chance to fish the Frome all season. Days after my visit, the watertable pushed up to near record levels and the river remained unfishable until the spring.

This time the water seemed far more inviting, and as Skeff and I arrived, the cry of a water rail offered a positive omen. Chris was inevitably late, while Mem and Jason were downstream, but before joining them I couldn’t resist a cast into the slack beneath the bridge.

It was slightly awkward to fish with a float. The slower water forming quite a narrow strip between pacier currents. But by fishing overdepth and holding the rod tip high I was able to keep the bait in place, and on the second cast the float dragged under and I was into a fish.

It was a grayling of around 10 ounces that corkscrewed in the current and fought like a fish twice its size. After another couple of tentative bites I hooked another, this time a grayling of a pound a half, and as Chris appeared to hear I’d already had a brace, a second float soon rode the slack.

Bites continued for us both, and I landed a third grayling, but the trout were becoming something of a menace. As word came that Skeff had been catching some monster dace, Chris and I raced downstream to muscle in on his swim. Our floats soon dipped but a succession of minnows sent us slightly insane and as the light faded we sought the sanctuary of the pub.

It was a lovely afternoon. And while I was delighted to find a few grayling, it was the company that really made the day special. 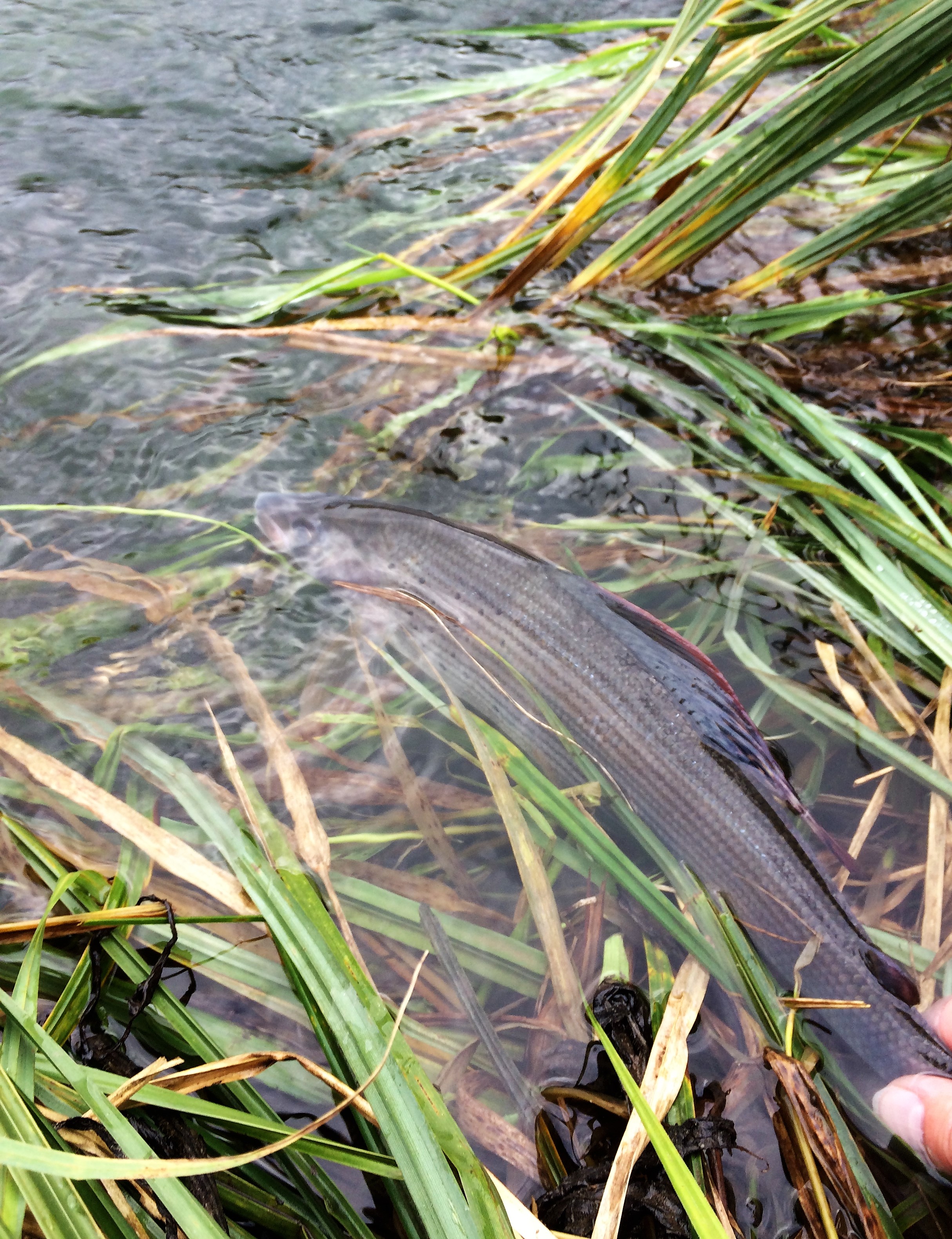