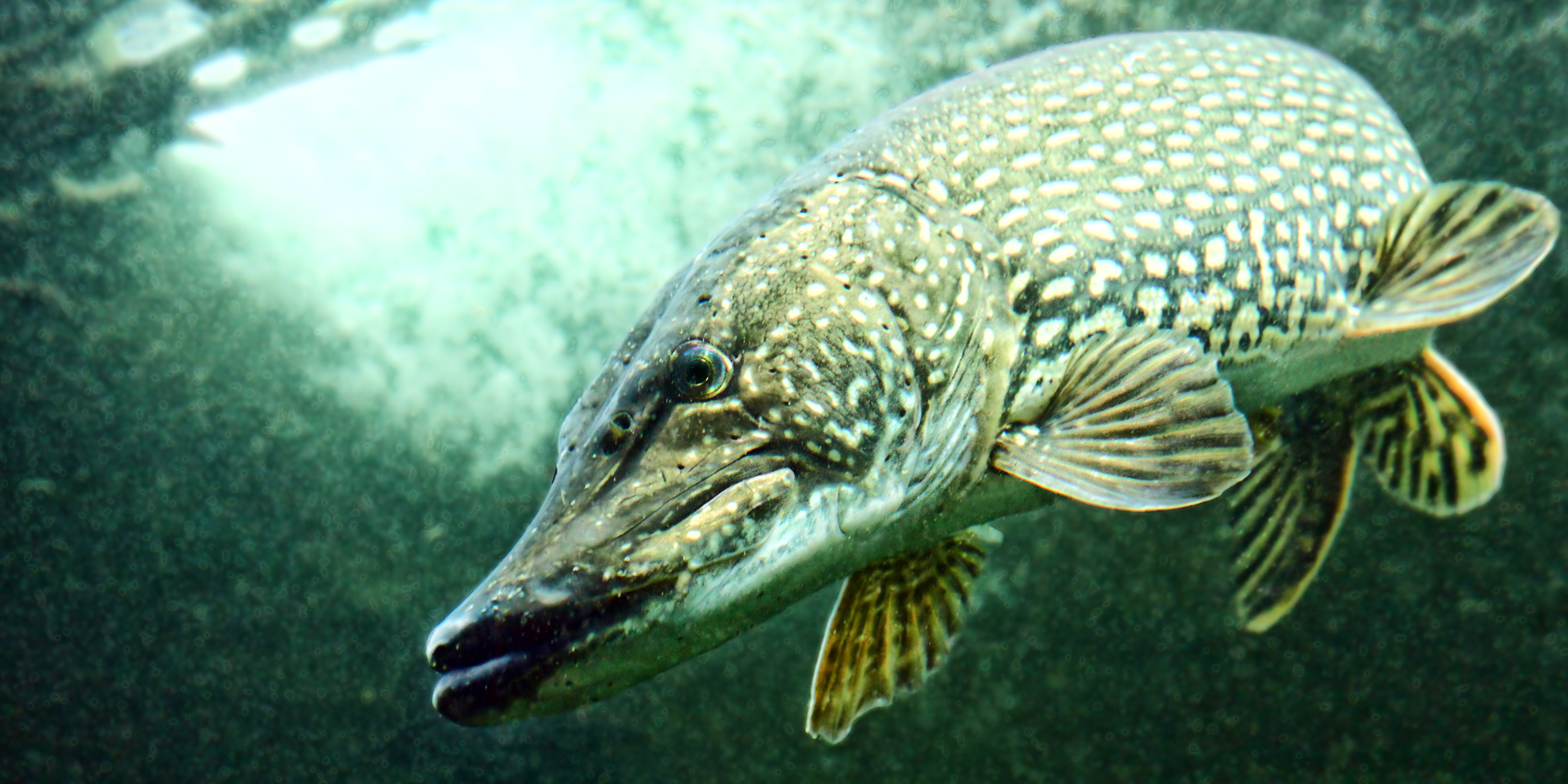 The green-eyed monster, a pack of lies and a big pike, by Garrett Fallon

I was getting frustrated with all the talk of twenties. We’d been fishing the lake and its bays and inlets for three days, swapping between hunting lake trout and plugging for pike, but we hadn’t caught or hooked a single 20lb pike yet. There were a lot of pike there, and when you hit a hotspot they often just kept coming. In Ireland, in my experience, when you caught one pike you rarely caught another from the same spot—maybe in the occasional weirpool or the confluence between rivers—but that wasn’t the case in Athabaska. Sometimes it felt like they wanted to be caught, so eager were they to jump at anything cast their way. But that’d be stupid, and we all know fish aren’t stupid, apart from trout.

Still, we caught a lot of pike, but still no twenty, and the other boat with the big-tipping millionaire was bagging up. They returned after one spectacular day, boasting six twenties and more than 100 pike. Their guide was a 16-year-old brash Canadian who must have been born in a canoe, so assured at watercraft was he, and shamefully, something in his bragging tone got to us and we were more than a little bit jealous. I’d always mistakenly fancied myself as a bit of a pike man—I’d once taken a beautiful twenty-five-pounder from Ballyhoe lake in Cavan on a  crisp January afternoon—so in my unashamed but misplaced arrogance I had reason to back up my conviction. But this was Canada, not Co. Meath, and I may as well have been fishing in the Sea of Tranquility on the moon for all that my experience counted.

Spurred on by the green-eyed monster, my friend Peter and I hatched a plan to fish solely for pike the very next day. Alan, pike guide par excellence would be our gillie, and we’d fish the smaller, shallower bays and channels that fed the main lake. The ice had retreated after its long winter and the fish were voracious. They were also congregating in large numbers, which I guessed was for breeding, and where you’d start catching little ones you’d often graduate onto bigger and bigger fish, the larger females being surrounded by their harems of smaller Jacks. 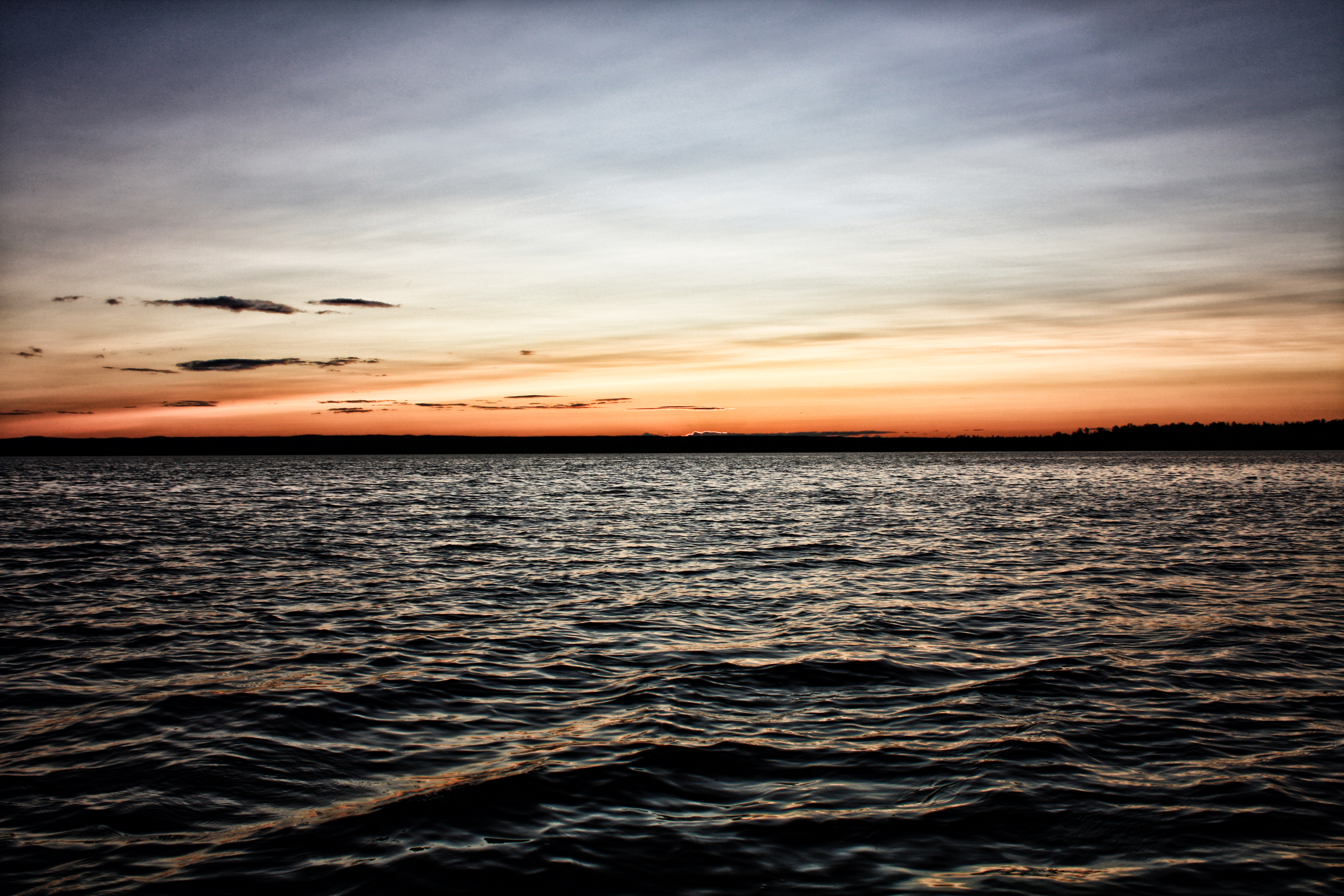 The water was gin clear, so occasionally you would see the fish taking your lure or flirting with it, and as is the way with any muse, we always made another cast to see if her interest was fleeting or her affections genuine. Seeing the fish always adds an edge to proceedings, especially when it’s at the very last moment. Pike have a penchant for the dramatic when it comes to setting an angler’s heart racing. I’d often cast a lure and reel it in almost to the rod tip before a gaping, toothy mouth tried to prevent its escape. As a 15-year-old, I fished the River Boyne with my father, and while using a brand new Danish plug, a pike appeared from nowhere and grabbed it, frightening the life out of me to the extent where I let out a great yelp and slipped, ending up halfway into the river. When my father came to haul me out of the mud I was surrounded by a small herd of curious cows who’d come to see what kind of a thing it was that made such a sound. I’d have to be sure to be steady on my feet in a 15-foot boat, or else I’d be getting a little closer to my quarry than I’d normally prefer.

We were in the boat by 8.30am. Half an hour later we’d made our first casts of the day, and about ten seconds after that we had our take when a small two-pounder thrashed his way into our aluminium vessel. It was to prove the first pike of many, and we roved our way around the bay, creating a mental map of the hotspots as we motored up to one end then drifted back to the other, fishing with the light wind at our side. In barely two hours, we took more than 30 fish in that bay, and I was pretty sure we had a couple join us more than once, so keen were they to meet us. We had brought our sling and scales and the biggest was 16lbs, and no ordinary sixteen-pounder at that. What was strange about that fish was the distinctive scar on her snout—perhaps a sea eagle had snatched at her as she warmed herself in the shallows, or maybe she’d had a territorial tangle with another big female—but after releasing her we very nearly caught her again. The second time however, she performed an amazing tail-walk across the surface and wrapped the lure and line around her head, bringing the line clear of the trace and straight into contact with her mouth and the rows of razor-sharp teeth within. The line cut in an instant, and she stopped at once and sank slowly to the bottom, taking with her the bright green plug which had embedded itself in her skull, sitting right next to the distinctive scar. The water was barely four feet deep and we could see her as clearly as if she’d been sitting next to us in the boat. I was fairly sure she looked confused as to what to do with the curious creature that was now sat between her eyes, digging its claws into her skin, but I convinced myself that she also looked pleased with herself at having survived another close scrape.

Now, from what I am told, the fish we know in Ireland and the UK as pike, is the same species of fish caught in North America and Canada. However, in Canada the locals referred to them as northern pike. But there was a difference in my eyes. In that part of Canada they were certainly longer and slimmer than their European cousins. They were built like long-distance runners, rather than the muscly sprinters I’d caught at home, some of which were even positively porky in comparison. But the result of all this was that we caught some pretty long fish, several feet long, in fact, but still no twenty.

We moved from bay to bay, inlet to inlet and even fished some deeper drop-offs and had a lot more pike. We had quite a few into double figures and several up to 15lbs, but nothing bigger than our scarred beauty, and nothing to stop us believing that the 16-year-old Canadian guide was either mistakenly over-generous with his estimation of weight, or a downright liar. With the water gin-clear we even tried our hand at stalking pike—cutting the engine and letting the boat drift quickly over the water cabbages while we scanned for the tell-tale shadow of a fish lying slightly off the bottom. Another tactic was to fish over the same route again and again, Peter casting left, me casting right, until we reached the end of an inlet, then repeating the process and swapping over, giving any fish a view of a different lure. Our haul grew quickly, and by 4pm we’d had over 100 pike, but still no twenty. 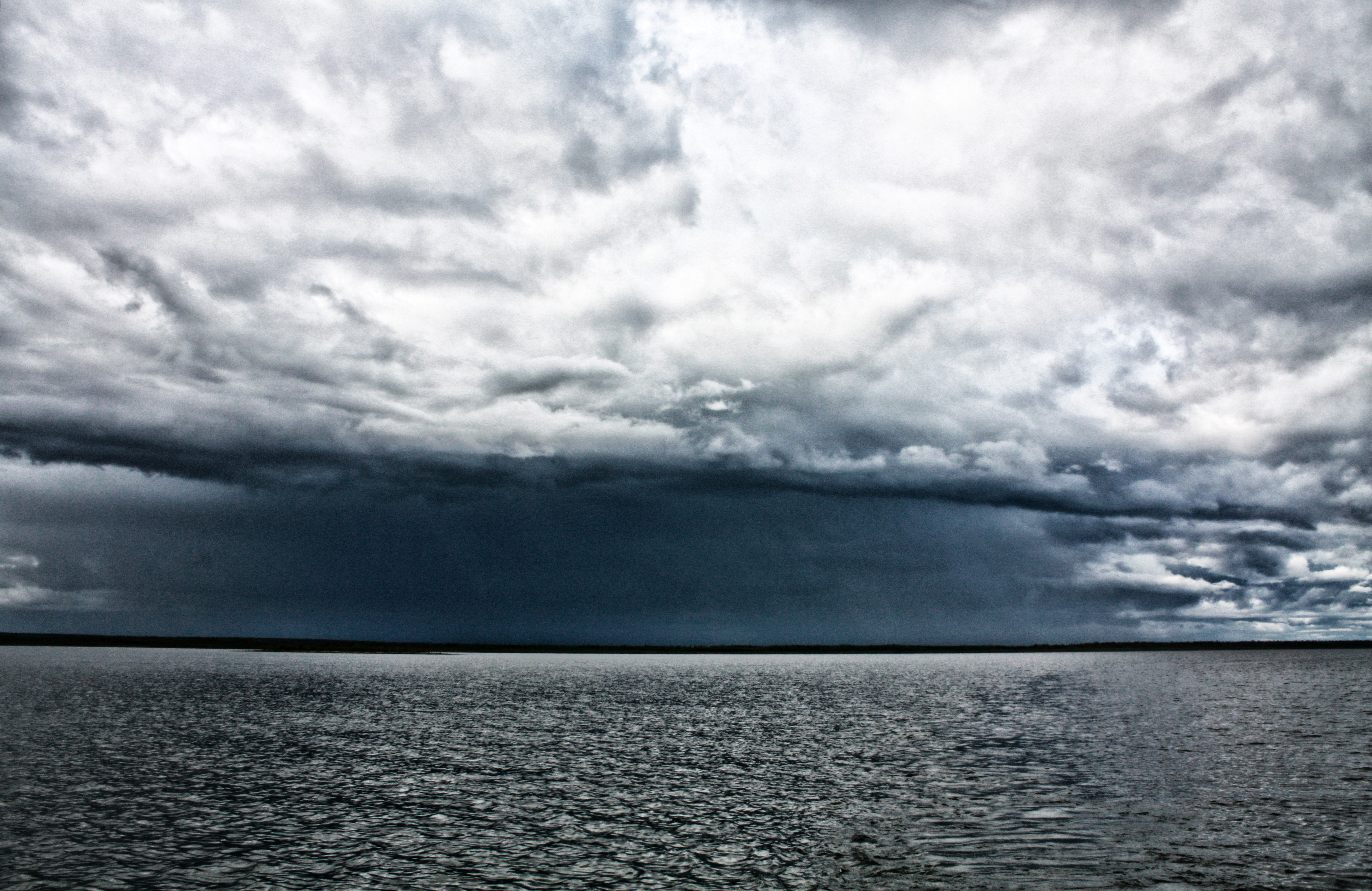 With only an hour to go and being a good half-hour from home we decided to head back and fish the bay that protected our settlement from the vagaries of the main lake. It was about 90 acres in size, almost completely round like a shallow bowl with a maximum depth of about 15 feet. You entered through a small gap in its outer rim, and the water inside this private pool was packed with pike, and seemingly a larger average size than we had experienced so far. The clock was ticking though and we fished hard and fast, concentrating on a deeper spot with clumps of tall weed that rose toward the surface like kelp, but which thankfully had no strength in them to snag lures. Then I had a big follow, and a menacing-looking lady showed herself before moving away. In a flurry of excitement we both fished from the same end of the boat and went over the same water again and again but all had gone disconcertingly quiet. And then she struck.

I knew straight away it was a big fish—you can feel the movement along the body of the fish as it strikes out for freedom, feeling the power of the tail as it pushes for purchase against the water. My rod was strong, but she took line as she wanted and we went for a ride. I’m not sure which way the wind was blowing, but I’m fairly sure that, for a short while at least, she was dragging us, and not the other way around. Up and down the water column she went, circling the boat like a shark, with me spinning around to keep up. Eventually she tired and we got her to the side of the boat, where we lowered the sling into the water and slid it under her, and in she went. For some reason we weren’t allowed to use landing nets in this lake. We sat there appreciating her for all she was worth, nestled in the safety of the wet sling, but still in the water.

Removing the lure from her jaws we saw she was a real beauty—speckled green of innumerable tones and shades, flecked with silver and gold, old battle scars hinting at her position of local matriarch—and she measured over 42 inches long. In order to weigh her we’d have to carefully lift the sling into the boat and hook it to the scales. Alan lifted one end but I hadn’t closed off the other and out she slipped, free, unexpectedly. We sat there, then frantically made a grasp for her, but her significant weight and the slight drift of the boat took her down and out of our reach, and then she was gone. No weighing, no photo, no proof. But she was so big that twenty wasn’t an issue, it was how far over twenty was she?

Tired from a long day we silently made our way back to base. Nobody said a word as we unpacked the boat, and it wasn’t until our quad bike and trailer, loaded with all our wet gear, pulled up outside the cabin that Alan said simply: “Beautiful fish. The longest pike I’ve seen here, easily 22lbs, possibly 24.” I wasn’t at all sad. Far from it. I knew how big she was and was happy in a way that the lake and I had sort of struck a deal. It had given me the twenty I craved but on the condition that only those who witnessed it would ever know for sure. I was fine with that.

On removing our boots we entered the cabin and were greeted with cold beers by the cocky 16-year-old and the orange millionaire and his son.

Then the cocky 16-year-old said: “Is this your plug?” and showed us the bright green contraption that had earlier attached itself to our sixteen-pounder’s head.

“Well, we removed it from the head of a big fish we caught earlier today. A funny looking fish—had a great big scar on its nose.”

Then Peter asked, “How big was this fish?” 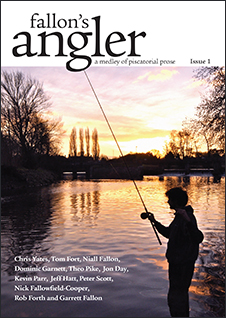