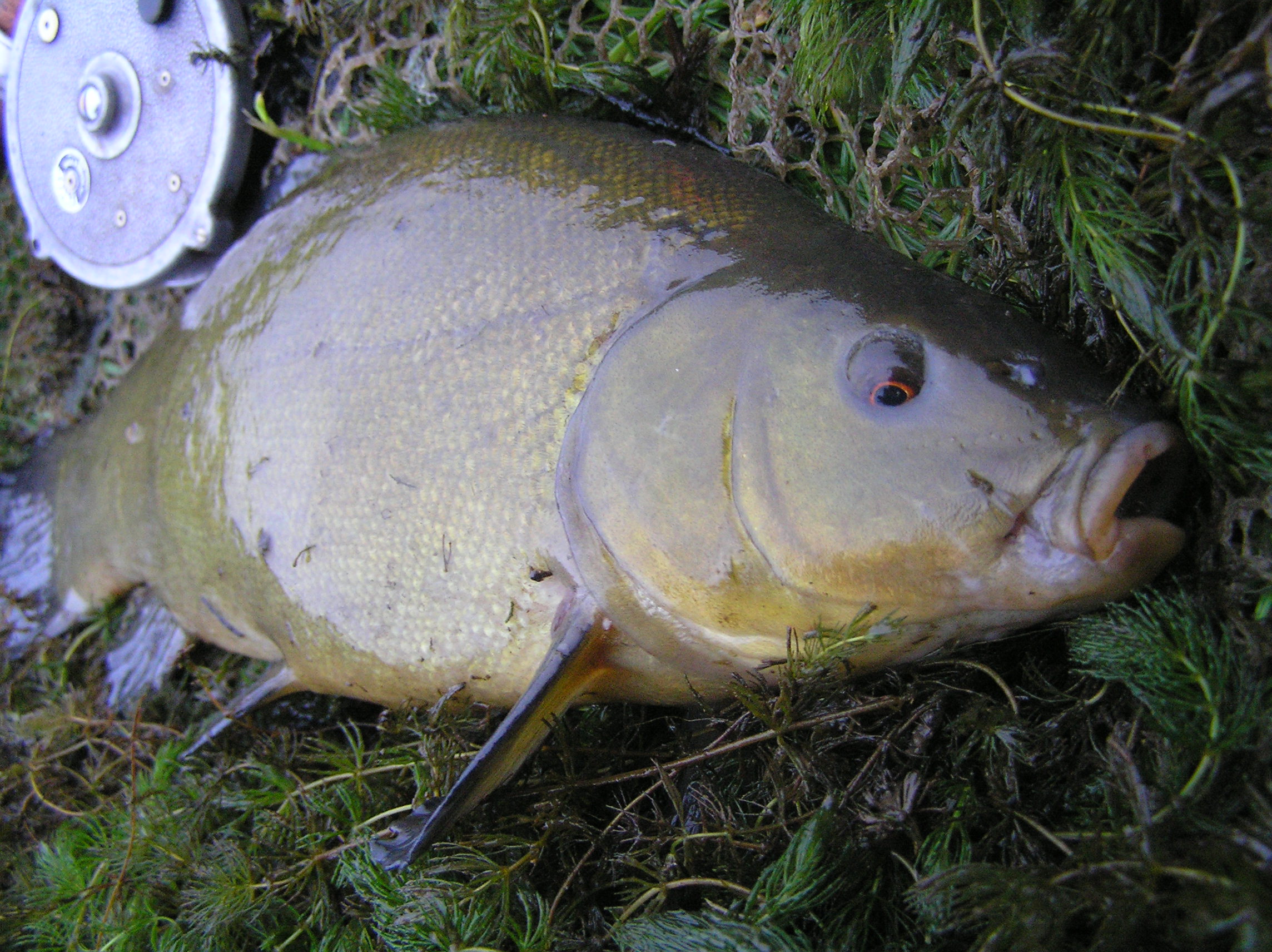 It  seemed so straightforward.

All we needed was a small lake or pond, preferably quiet, hopefully natural, but definitely home to a tench or two. Ideally there would be a lily pads and overhanging trees, with a grass snake slipping through the marginal reeds, a song thrush singing and a musty whiff on the air.

We just needed a classic pool for Opening Day.

The thing is, that in the past somewhere has always presented itself. A guest invitation, or rumour that had been stored for later use. There would be conversations in the winter when the thought of a mild, misty 4 am start would feel a world away. Even three years ago, when Chris had a flash of inspiration on the 14th June, we already had two other venues in mind. This year, however, was proving tricky.

We tapped up friends, and spread our search across multiple counties. A canal trip was thrown into the mix, and those previous back-up plans explored and discounted. And because we were so used to everything working out, with less than 24 hours to go we still didn’t have a venue and Martin was already on the train from Clapham.

It got alarmingly tight, but we did, of course, find somewhere. It meant Chris and Merv forgoing their dawn start in order to sign up to a club book in a local tackle shop, but neither seemed to mind. And while the lake itself turned out to be somewhere none of us will rush back to, it ticked enough of the boxes to help deliver a great day.

Martin and I started soon after dawn, and though we soon had a tench or two bubbling, the first fish of the season was a fully-scaled mirror carp of just under ten pounds that slurped down a piece of bread roll I had brought along just in case. The tench fed well too, and I had already caught five by the time Chris and Merv arrived in late morning.

My swim was definitely the hotspot, and although everyone was catching, the better fish seemed to be in front of me. Chris muscled in for a cast and had a couple of tench, before the carp began nosing around in the lily pads once again. I had brought a carp rod (lent to me by Andy – thank you) and put it to good use catching another four carp with the biggest weighing 17lb 4oz. Merv had a decent double, Martin a near double, while Chris caught a stunning fish that looked like a slice of tiramisu cheesecake.

There is always a satisfying sense of exhaustion at dusk on June 16th. After 3 months of abstinence, Martin and I had just spent 17 hours on the bank, and once home we glowed as mild delirium set in. And we had another day to fill, too. Although we let ourselves sleep well into the morning of the 17th.

We had no plan for the Saturday, but had to nip to the local village for supplies and so thought we would have a quick look around a nearby fishery at the same time. Despite the glorious weather, only one other person was fishing, and in the specimen lake, where I had not previously fished, the sight of twenty or so good size carp were too tempting to ignore. We bought some fresh, crusty loaves and a box of cat biscuits and were back within the hour, though in our absence a couple of other anglers had appeared.

Martin targeted the lower end of the lake where a lovely, scuzzy film had been compacted by the westerly breeze. I opted for the inflow, where several fish were showing, perhaps stirred by the injection of oxygen on a hot day. It became apparent almost immediately that these fish were skittish and were not going to be fooled particularly easily. I spent an hour or so targeting individual fish, trying to drop a piece of crust on their patrol route or hope that they might drift into the lily-pads to my right. They showed absolutely no interest in my efforts.

Plan B involved feeding half a dozen cat biscuits into the fizz off the inflow to my left, where the slight current carried them out into the middle of the lake. I hoped that a fish or two might follow the trail back within casting distance, but it took nearly an hour to provoke any response. There followed a lovely period of frustration as the huge mouths of the carp (including several big twenties) gobbled down the tiny cat biscuits, but refused point blank to touch a piece of crust.

I tried some soaked biscuits on the hook but without success, and was beginning to scratch my head when I noticed a few of the free baits resting up against the tuft of a tiny island thirty yards out. Every few minutes a carp would drift in and pick a few off, and the tiny bit of cover seemed to give the fish a little more confidence. By casting upwind and letting the bow in the line act like a sail, I gently manoeuvred a piece of bread into the islet, where it snared between a couple of trailing reed stems. As more biscuits floated down that line, more carp began to stir, and after ten minutes a smaller fish drifted under my bait and slurped it down. The fight was brief and frenetic, though at a little over 12lbs the carp was bigger than it had looked in the water. 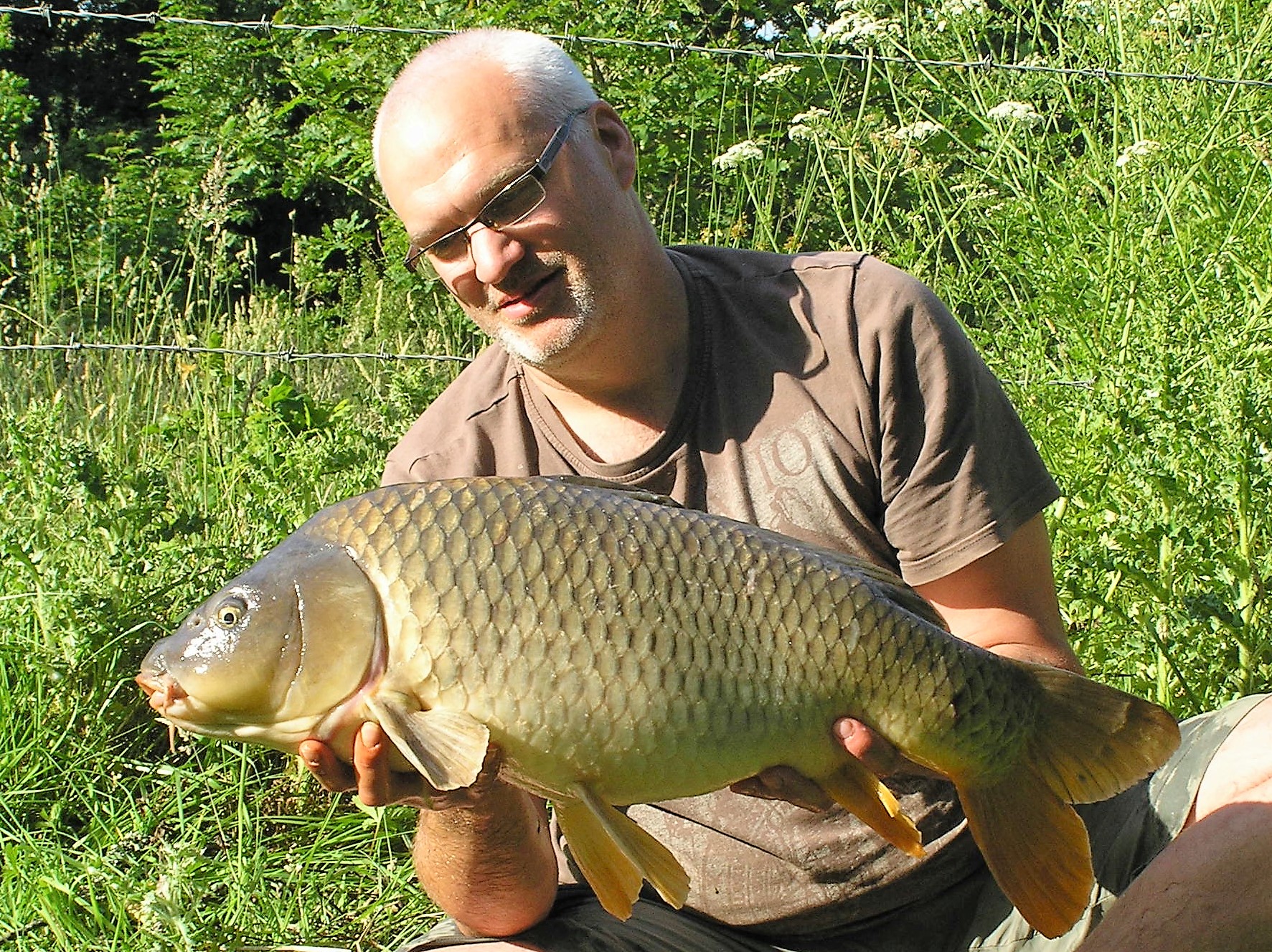 Martin, meanwhile, had also stirred some interest, and was soon into a fish of his own. It was lovely carp (aside from its goggle eyes) of nearly fifteen pounds, and with the sun now off the water I decided to join Martin at the bottom of the lake. We fished on, but to a change of mood. The breeze stiffened and the air cooled and the carp that had been so active seemed to simply dematerialise. As we sat and pondered, a fish head and shouldered to our right. It wasn’t big, but we both clearly saw it. A tench. I had been told there were no tench in this pool, and my previous efforts at catching them on the other lakes on site had been fruitless.

In an instant, my perspective of the water had turned on its head. The focus of our day, and my summer’s fishing, had veered off on a wonderfully unexpected tangent. I reached for the Avocet and a reel loaded with 6lb line….