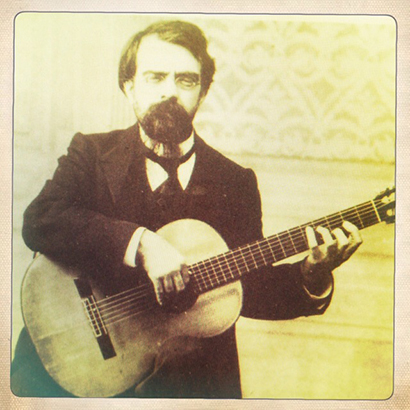 Composed by Francisco Tarrega in 1896, Recuerdos de la Alhambra (Memories of the Alhambra) is regarded by many musicians as an iconic and landmark piece of classical guitar composition. Incorporating the tremolo technique, Tarrega wanted to capture in music the beauty of the Alhambra—an ancient Palace complex (and UNESCO World Heritage Site) in the mountains above Granada in Southern Spain.

The piece has subsequently been recorded by artists such as John Williams and Kim Chung, and has been used in the soundtracks of The Killing Fields and Forbidden Games.

And before you ask, Fishpool hasn’t gone completely loopy, and nor has he begun working for the Spanish Tourist Board. For should you be of a certain ‘vintage’ and were to listen to Recuerdos de la Alhambra with your eyes closed, images of horses ploughing fields might come floating back. Because, though not the original theme, for fifteen years this piece of music accompanied the opening credits of Out of Town and Old Country—those wonderful snippets of country life featuring Jack Hargreaves (see People we Like). Go on—give it a listen—it’ll take you right back: www.youtube.com/watch?v=sdaPoUNk5R8