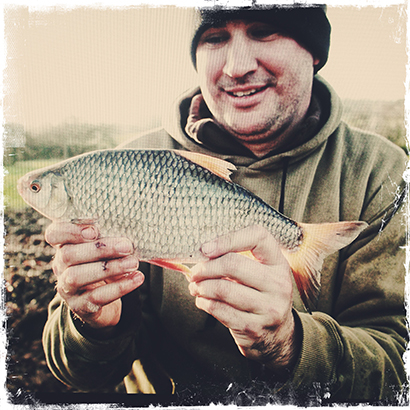 Fishpool recently wrote of the bronze bream, and how many anglers regard the mature adult fish as a separate species to the smaller, juvenile ‘skimmers’. A similar moniker could be levelled at the roach (Rutlius rutlius) – a species that might not change too much in colour and all round appearance as it ages, but does become an altogether different proposition to catch.

Small roach – young fish up to around half a pound – are typical shoal fish, relying upon safety in number while competing hard for food. As their shoalmates succumb to predation or disease, so those older roach begin to wise up. No longer will they hurl themselves at a bait the moment it hits the water – instead, really big roach seem to barely eat at all.

Catching specimen roach, particularly from running water, requires dedication that borders obsession, and many roach anglers are exactly that. They will see roach swimming in their dreams and have the patience and nous to tackle this most fickle of fish. Fishpool had his or her own dalliance a few years ago, with a small shoal of enormous roach that swam in a spot where they really shouldn’t have been. No-one else knew they were there, but despite the lack of angling pressure, Fishpool couldn’t catch one, and very nearly went mad trying…..