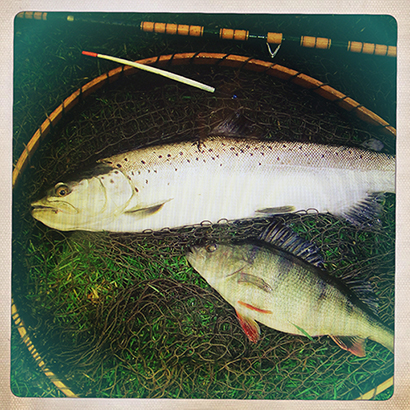 One upon a time a little brown trout decided that river life wasn’t all it was cracked up to be. There had to be more to life than crunching caddis larvae or splashing through a grannum hatch. The salmon had the right idea— they’d bugger off downstream and not come back for years. And what fish returned! Glistening in silver and fat on a diet of prawns and foie gras (the brownie had no idea where pate really came from). Anyway, the little brown trout decided to go to sea too. And that is pretty much how it happened.

Sea trout and brown trout are essentially the same. The fry are identical, and yet some (mostly females) will gather together and turn silver—ready to go to sea as smolts. They will return in months or years as they can only reproduce in freshwater. In the meantime though, as with salmon, marine life is rather kind, and they grow bigger than their stay-at-home cousins. Their size, and taste, make them highly sought by anglers, but you might need to be a little bit crazy to fish for them….(see People we Like and Places we Like)