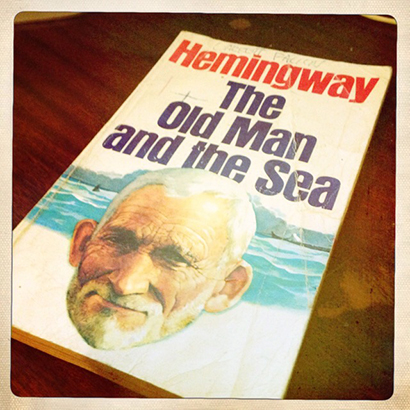 As every fisherman constantly reminds himself – size isn’t everything…..Take the novel—not every classic contains the wordcount of War and Peace or Lord of the Rings. In fact, some of the very best are not an awful lot longer than a short story.

Think of The Lion the Witch and the Wardrobe, The War of the Worlds or The Great Gatesby. All rather thin and floppy when you pick them up off the shelf, but so full of depth that you never for a moment feel short-changed.

The Old Man and the Sea is another such tome. Penned by Ernest Hemingway in 1951, the novel was published a year later and subsequently won the Pulitzer Prize for fiction. This is a tale of an aging Cuban fisherman, Santiago, who has failed to catch anything for 84 days. Such is his fortune that his apprentice, Manolin, has been forbidden from fishing with him—instead, being instructed to find work with more successful anglers.

So it is that on the 85th day, Santiago sets out into the big blue alone—in search of a giant marlin…