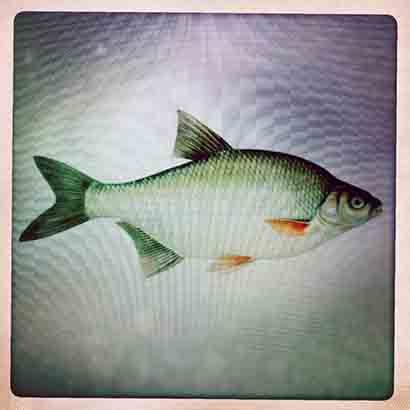 It struck Fishpool recently that though Bits and Pieces has featured both the bronze bream and its juvenile form the skimmer (and the saltwater black bream to boot…), these hallowed pages have yet to feature the rather lovely silver bream (Blicca bjoerkna).

The silver bream are far smaller than their bronze cousins and, at first glance at least, may well be mistaken for a skimmer. Place the two together though, and the differences are apparent. The silver bream is, as its name suggests, silver, rather than the beige flanked skimmer. The scales are larger and more defined and the fins darker and slighter more angular. Then there is the eye. A silver bream has a large eye that looks almost too big for its head. The pupil tends to remain more upright when out of the water as well, unlike the bronze bream who looks like he’s had a few too many late nights.

The silver bream is more scarce than the bronze, and has long been overlooked. The British record was below a pound for many years, though the popularity of the species has increased recently with a presence in some day ticket waters. Fish exceeding two pounds are now caught regularly, and the record now stands at over three pounds with a fish from Mill Farm in Sussex.