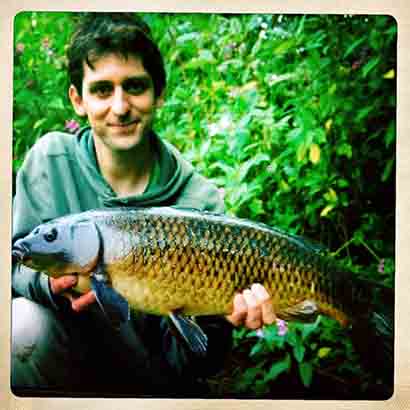 Though the carp has previously appeared in the hallowed pages of Bits and Pieces in a variety of guises, many anglers value a fish caught from running water in different regard to one from a stillwater. In some situations, such as when winter floods have washed a stock of lake swimming carp into the nearest river, this is an attitude with little substance. In an alien environment, these carp, for a time at least, will be unaccustomed and easy to catch.

Those carp that have spent much or all of their lives in running water will be an altogether proposition, however. They will often be nomadic, searching far and wide for food, and in an ever changing habitat will not have identifiable patrol routes as can be spotted in ponds and lakes.

The fish themselves will generally be larger finned and lighter in weight. Although those carp that find themselves in sluggish lower stretches might develop fat bellies, inhabitants of pacier, chalk streams (such as those in the Hampshire Avon) will often be lean and almost barbel shaped.

Fishpool has tangled with a few river carp over the years, including one that was hooked within moments of a season’s end and convinced its captor that it was a record barbel until it rolled into the net…