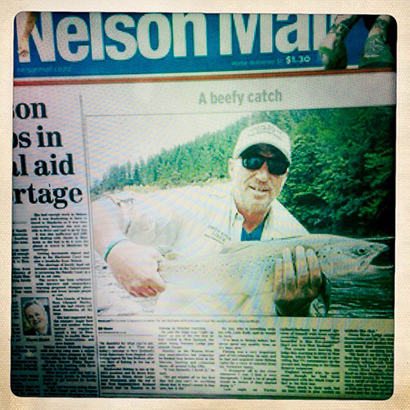 Who could forget Beefy Botham striding out to bat? His arms windmilling that enormous bat as if it were made from balsa. The bars would rapidly empty and the buzz of expectation would resonate.

Few cricketers have had such an impact upon the sport, and even after this dramatic Ashes summer, still people hark back to that series of 1981 when Botham ruled the world.

Away from cricket, Beefy can often be found with a fly rod in his hand – salmon and trout being his favoured quarry and the River Tyne his favourite venue.

He has presented a series on fishing, Botham on the Fly, and also had a book published on the subject: Botham on Fishing: At Sea, Being Coarse, On the Fly.

Though happiest chasing game fish on running water, Botham also enjoys taking on the monsters of the deep. His biggest catch was a blue marlin, taken off the Great Barrier Reef in Australia in 2007 that weighed an estimated 900lbs. It took 45 minutes to get the fish alongside the boat and was returned alive—Botham stating that he would never kill a fish unless it be for the pot.