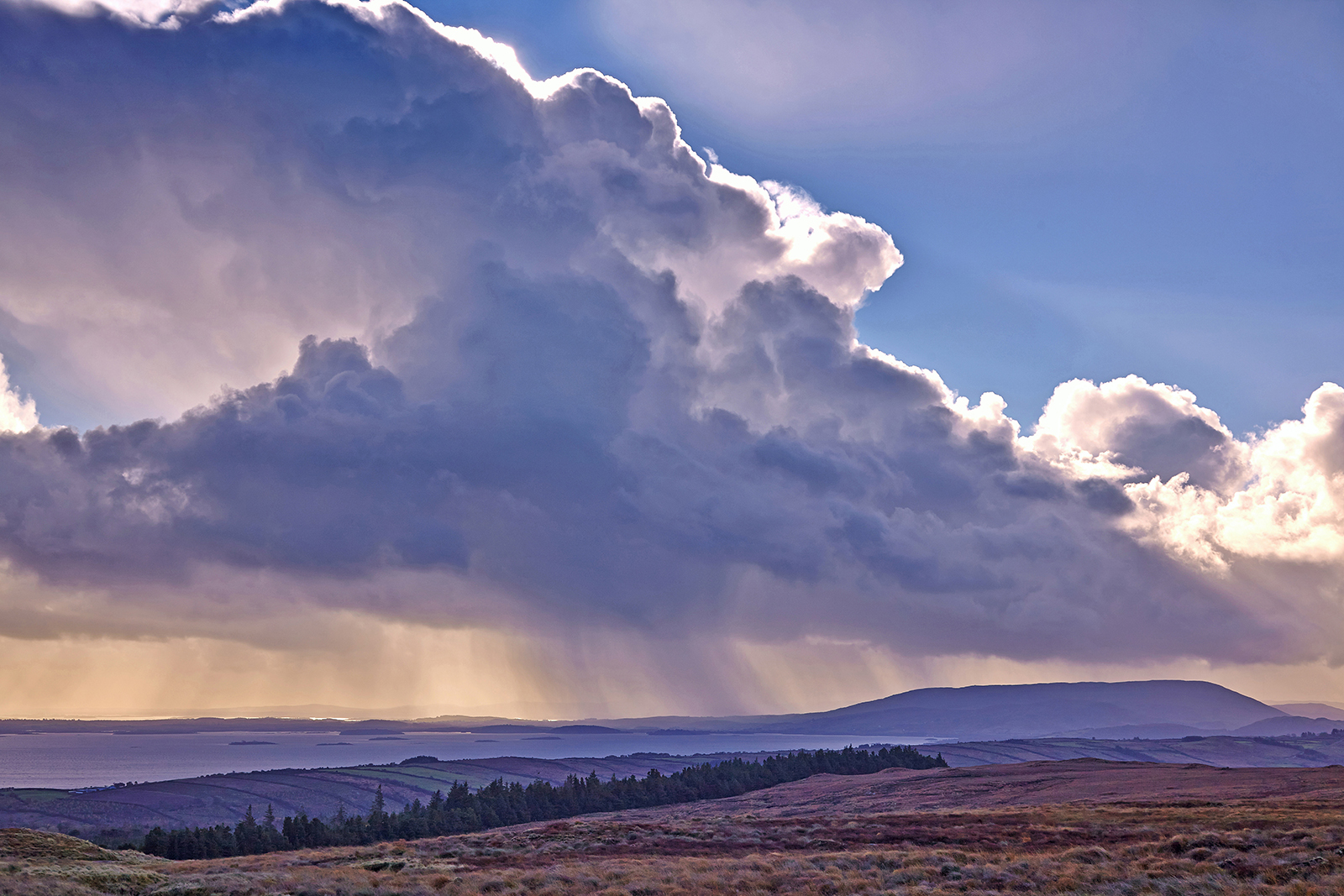 THERE are more words for a fool in Irish than in any other language and it takes a particular type of angling amadan to venture into the Galway Gaeltacht and onto Lough Mask when the forecast is for bad weather. It is a beautiful, vast and dangerous piece of water where squalls sweep down from the Partry mountains in the west which can easily drive a small boat onto the many rocks and shoals that litter the wooded shores and spring up from the crystal clear depths of this famous wild trout fishery. 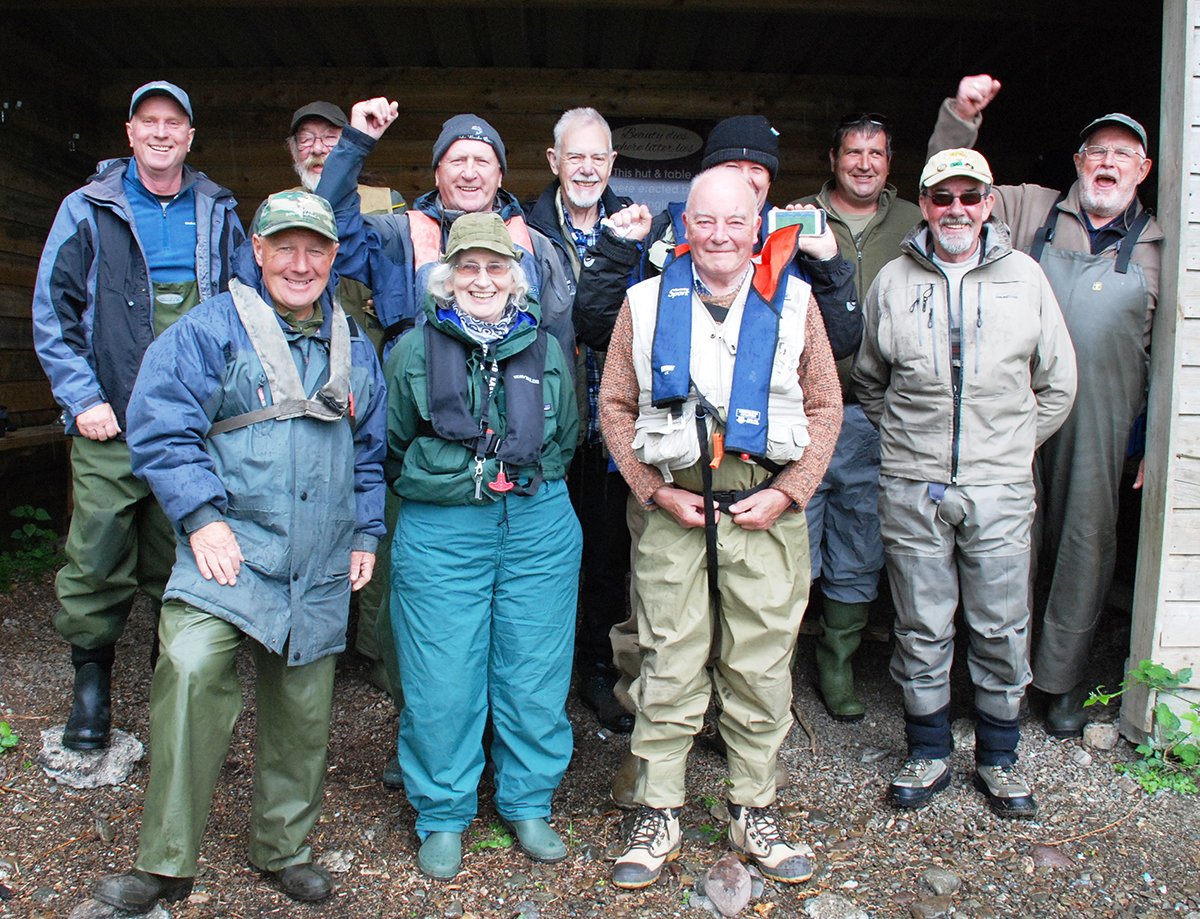 Pudding stop: The amadans stop for lunch on Saints Island.

There were still a few Mayfly about in June but it has been a poor year for the hatch, probably because of cold weather and high water. But there were plenty of sedges and olives on the water and experienced guides like Kerryman Mick Hegarty can navigate the lough in safety and still watch the swallows congregate and pick insects from the water in the bays and around headlands—a sure sign of hatching flies which will also attract the wild brown trout. 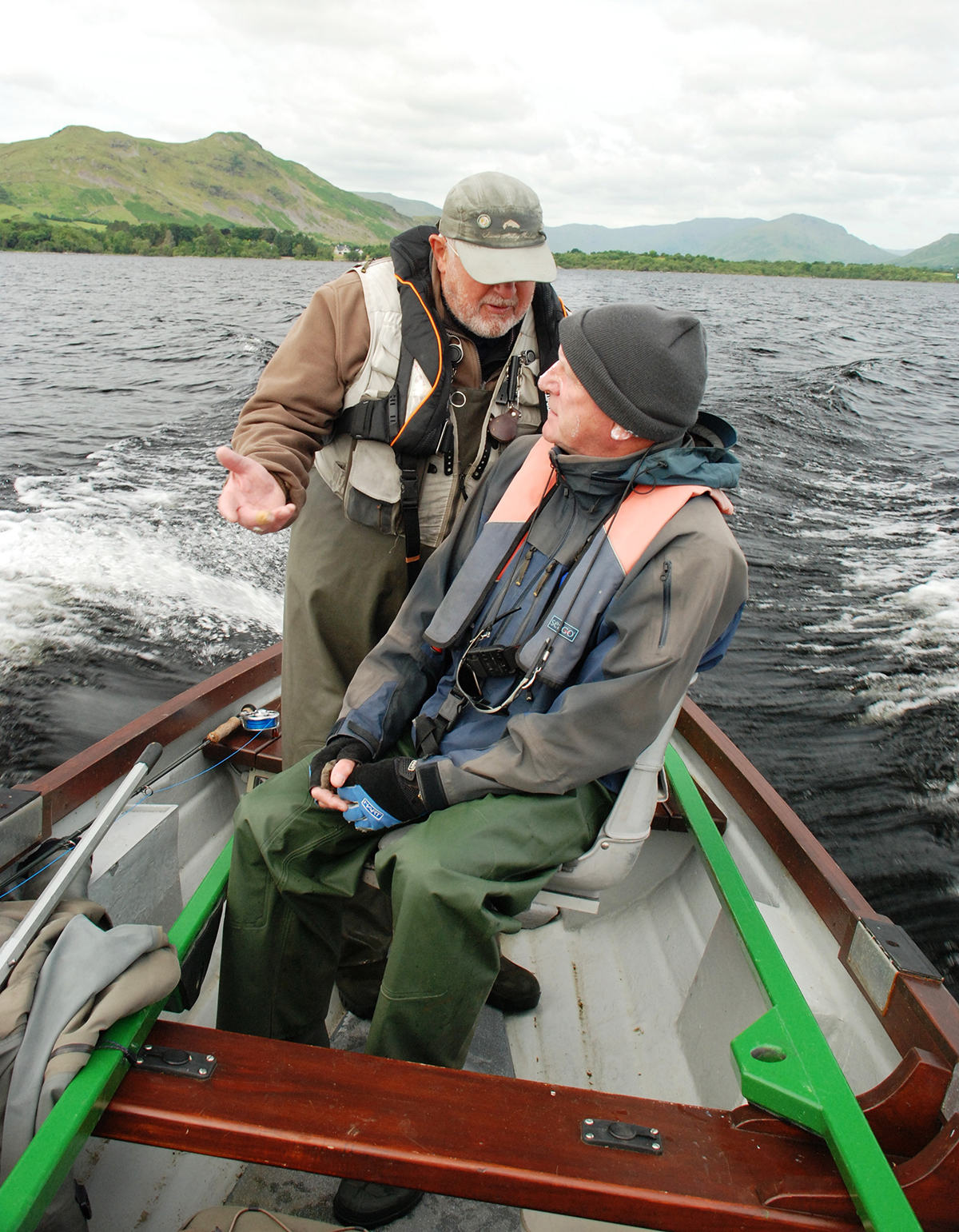 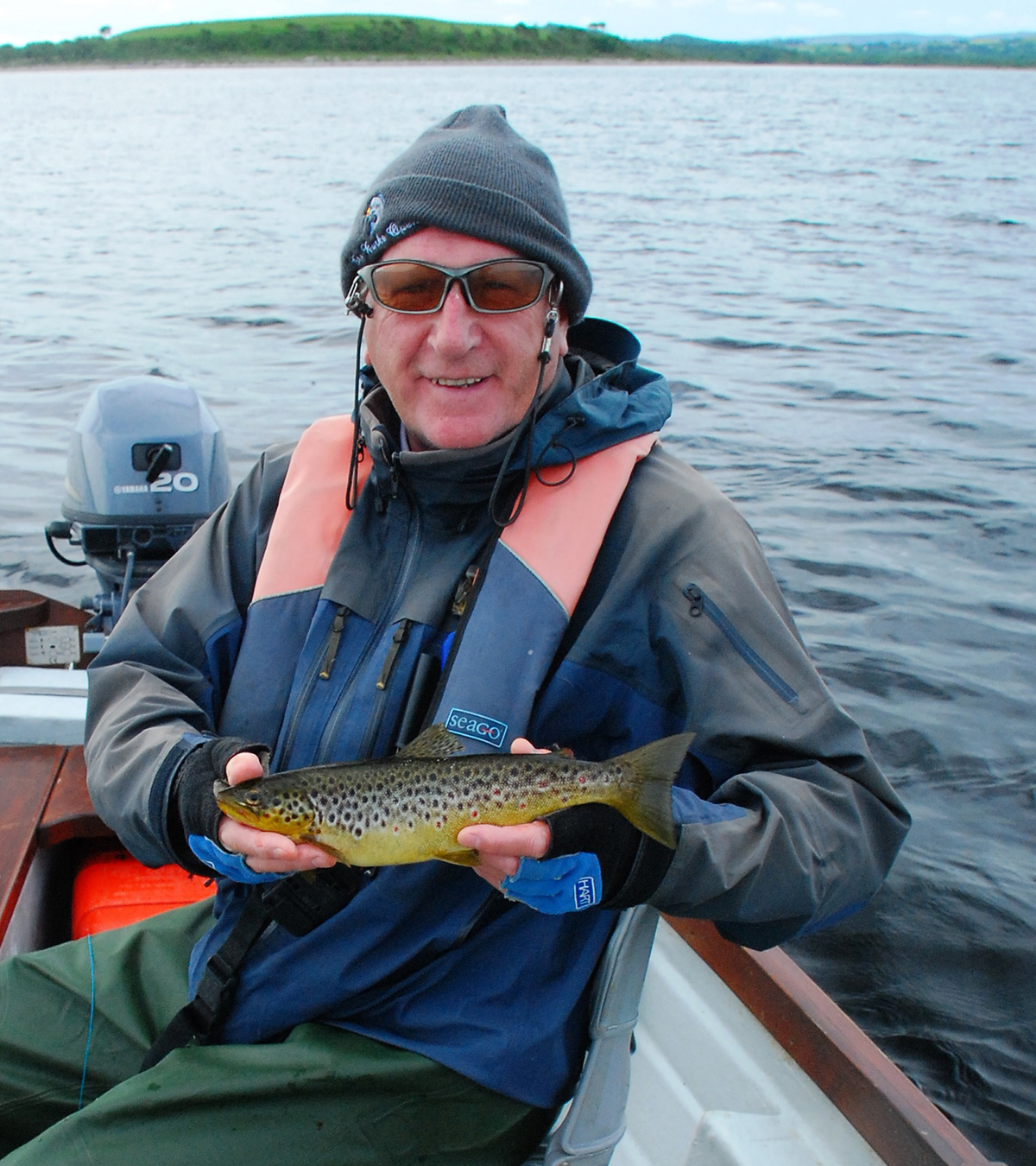 …and the tactics work: Derek Evans with a typical Mask trout

Saturday started warm and dry with light winds and clear skies—poor conditions for trout fishing—but this did not stop my boat partner Derek Evans, writer of Angling Notes in the Irish Times, from bringing his first trout to the net. After a tasty lunch of white pudding and sausages on Saints Island we returned to the water to face persistent heavy rain and strengthening winds. We finished the day with three trout, all taken on Stimulator patterns or Cock Robins tied by Enniskillen’s Frankie McPhillips.

Sunday saw the weather conditions deteriorate further with heavy rain starting before the hearty breakfast in Tí Bhúrca and on the lake the winds strengthened to the point where boat handling was difficult and even the best waterproof gear was tested to the limit. No further fish were taken, despite the help of the swallows, and the amadans called it a day at noon.

Mask is a large limestone lough of 22,000 acres in area and, along with Lough Corrib, is one of the most productive wild trout fisheries in Ireland. It produces good catches to wetfly from about mid-April. Dapping the mayfly, daddylonglegs or grasshopper can bring about excellent results during the later months of the season. The lough continues to produce more trout with every year, last year was one of the better ones even though weather conditions very unsuitable from July onwards.

Mask is famous for its large ferox trout and every season anglers take a number of these fabled fish mostly over 10lb and nearly always to trolled baits. The record for the lough is 18lb, but others over 20lb have been found including one of 22lb which has been on display in the fisheries board office at Ballinrobe since 2006.

Regulations
A bag limit of four trout a day of which not more than one is greater than 10lbs. The taking of trout less than 13 inches (33 cm) is prohibited.