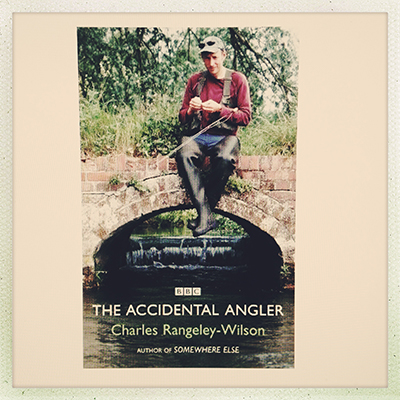 It is tough to get a fishing programme commissioned on terrestrial television – particularly the BBC. Just ask Hugh Miles, (see Bits and Pieces Issue 15), who, despite the millions who tuned in to watch A Passion for Angling, could not persuade the BBC to take a chance on a follow-up (Their loss was Channel 4’s gain).

So it was a rare treat in 2006 when Charles Rangeley-Wilson (see People we Like) arrived on BBC2 starring in a four part series called The Accidental Angler. Based upon his book of the same name, each film found Rangeley-Wilson immersed within the water and culture of contrasting locations. Filmed in India, Bhutan, Brazil and London, the series proved to be a success, with critical acclaim and good audience ratings.

Fishpool’s favourite episode featured London, and Rangeley-Wilson’s efforts to catch a trout from one of the city’s streams on a fly. It threw light upon a world that many people would never imagine existed. Small ribbons of life flowing through, and beneath, the sprawl.