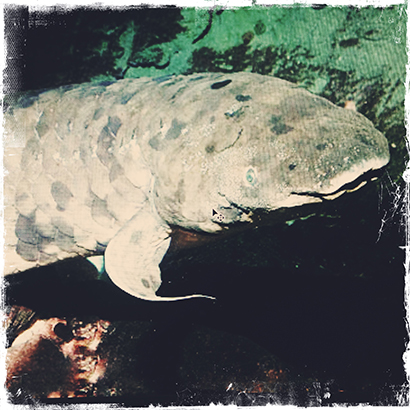 A story in the national press recently caught Fishpool’s eye – it related to a goldfish called Bob and was mentioned just a few lines ago. One question that Bob’s owner, Anne from Scarborough, asked was how long her giant goldfish might live for.

It’s an interesting point. Most goldfish will live for less than ten years, but should they avoid disease and be kept clean and healthy then they can gulp their way towards the age of thirty and beyond.

In the wider fish world, the goldfish’s cousin the king carp is noted for its longevity and is believed to live as long as 70 or even 80 years.

Meanwhile at the Shedd Aquarium in Chicago lives ‘Grandad’ – an Australian lungfish – who is 82 and still (as far as Fishpool is aware) going strong.

Elsewhere, both koi carp and saltwater rockfish are rumoured to live for as long as 200 years, but such numbers are difficult to prove.

Getting something of a raw deal in the age stakes are familiar freshwater predators such as the pike and the perch. These are both surprisingly short lived species – in fact, a perch of 6 years old is something of an old man…