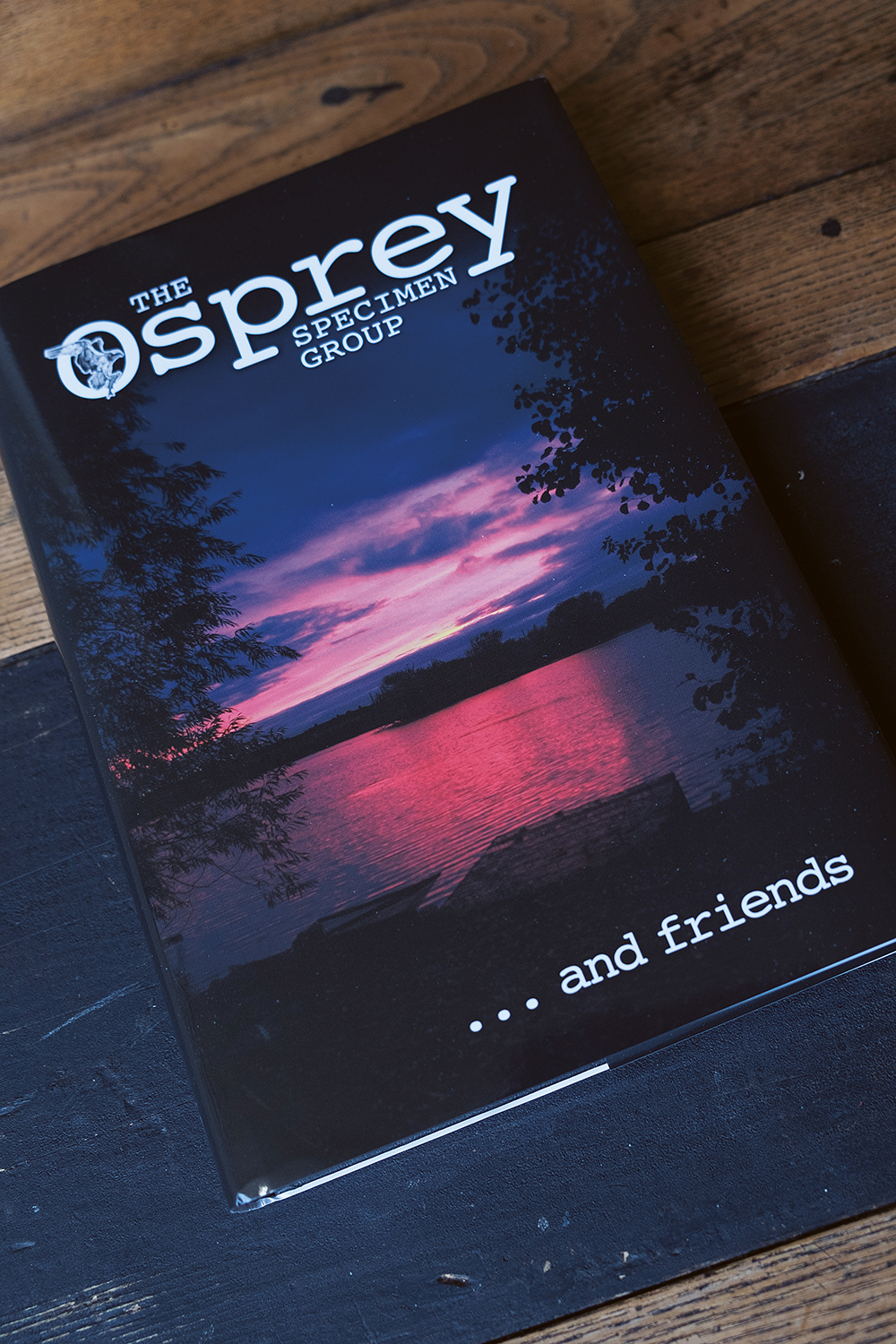 Simon King was the records officer for a group of anglers called the Osprey Specimen Group. He was working on this book to celebrate the 10th anniversary of the group when he was diagnosed with cancer, which sadly proved terminal.

With Bob Hornegold at the helm, the group and friends completed this book as a tribute to Simon, and to raise funds for cancer research.

Its chapters cover a diverse range of coarse fish, with the common thread of dedication swimming through it. It is a window into the mind of those who fish much more than I, who think long-term and scientifically, but who also share my love of the outside world.

When I started out on the Irish carp scene in the 1990s we sat by lakes for days, and occasionally weeks, but I never had the steel to commit to it. For some of the Ospreys, it is a way of life, the constant search for big fish, the exploding of myths, the completion of hard challenges. It takes a particular type of person to put himself through the wringer like that, and I am full of admiration for anyone who follows that path, for I simply lacked the patience. Long fishless periods by the bank doesn’t sound appealing, but when you see the size of some of the fish in this book, you’d be excused for contemplating a change of approach—enormous carp, chub, barbel, pike—the fish of dreams right in front of you and real. The account of Simon King’s 8lb 14oz chub, caught in the middle of a freezing winter, sent a chill through my body but warmed my heart, and will stay with me for some time.

As well as some lesser-known members of its group, it is a who’s who of the specimen scene with the Lea valley very much towards the centre, it has some guest appearances from very well-known angler-writers—Martin Bowler, Chris Yates, Chris Turnbull, and Mark Walsingham to name but a few (Mark’s dedication to his friend Prof is beautiful), and a fascinating chapter by Len Arbery on Thames barbel from the 1950s onwards (if you think fishing was better back then, read Len’s description of the state of the Thames at Chiswick). Bob Hornegold’s piece on specimen hunting, Sam Meeuwissen’s hilarious views on a tough year and Gary Newman’s sheer stubbornness on relief channel carping are just some of the fascinating insights into a world that is often mistaken as being closed off and secretive, but is in fact quite the opposite, where friends share ideas and triumphs and appreciate the sunsets or dawns just as much as any angler, whether using carbon or cane. It seems that just as important as a specimen hunter’s set of accurate scales, is a well-charged phone full of numbers of reliable comrades who’ll drop whatever they’re doing at whatever ungodly hour to drive to a random waterside and help verify another stunning catch. If that isn’t a fine fellowship of anglers, what is?

Beautifully produced by Calm Productions, and containing some 40 chapters, this book offers a lot of reading, so keep it close to the armchair. Many of the pieces get down-and-dirty with the detail, but this is essential to understanding how the mind of the specimen hunter works (patience my boy!). It is also a reservoir of useful tips, as many share the secrets to their success.

By all accounts, that is very reflective of the type of person Simon King was, personable, kind and generous, and a hell of an angler. This book stands as a fitting dedication.

Old Father Thames by Peter Stone
One Man and his rod: Liamy Farrell of the Suir