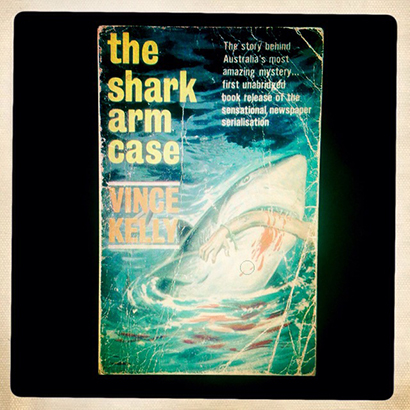 On the 25th April 1935, Australian fishermen Albert and Charles Hobson caught rather more than they had bargained for. A 14 foot long tiger shark (see Fish we Like) was tangled in their line and having dragged it to shore they decided to take it to a local aquarium. There it became a popular exhibit and drew plenty of visitors over the following week until it became ill and, in front of a crowd, regurgitated the contents of its stomach—which included a human arm.

The arm had a rope tied to it and a post-mortem revealed it had been cut from the body with a knife. It also sported a rather distinctive tattoo which led to the identification of its owner—a missing boxer called James Smith.

Smith was a small time crook and police informant and the subsequent investigation into his ‘murder’ led to a web of deceit, blackmail, forgery and racketeering. A second murder was linked to the case, but no other body parts belonging to James Smith were ever found and to this day the case remains unsolved.

And the shark? Sadly, it was killed and gutted in the search for more evidence, though its legacy lives on via CSI: Miami—in an episode inspired by the Shark Arm Murder Case.