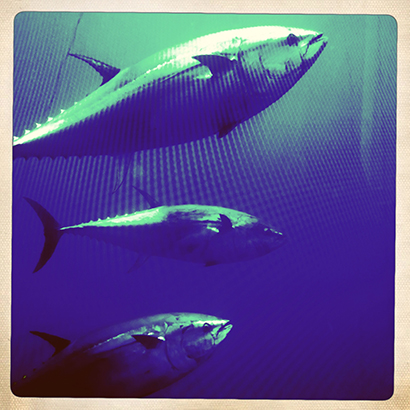 (Thunnus thynnus) In the years either side of World War II, some of the finest fishermen in Britain discovered a new bluefin tuna Mecca. The North Sea.

In 1929 noted angler R. F. Stapleton-Cotton hooked and lost two enormous tuna while fishing off Scarborough. The following year, and with more suitable tackle, the fishing got serious with bluefins boated up to a massive 735 pounds.

Over the next few years Whitby and Scarborough became a hotbed for tunny anglers, and the world record was smashed more than once.It peaked In 1933 when Mitchell Henry caught a fish of 851lb – which is still a UK record today.

After the war, sport continued but overfishing led to a huge drop in North Sea herring and mackerel, and the tuna stopped coming.