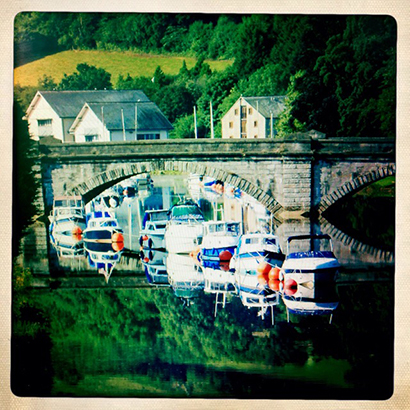 Dating back to the early 10th Century, the south Devon town of Totnes is a noted centre for the arts – a Market Town with a modern day, Bohemian feel.

It sits at the top of the tidal reaches of the Dart, the river that flows from deep within the Moor which takes its name. For much of its length, the Dart offers the fly angler the chance of wild brown trout and also has a run of salmon, but anglers come to Totnes for something else. Here, on a good tide from spring until autumn, those in the know fish for mullet.

There are good numbers of mullet throughout the tidal Dart, making the most of the calm water conditions and plentiful food. At Totnes, anglers either float fish or leger, but the former will probably bring the better results. The rising tide is the best time to fish, as the mullet work their way up with the flow. Baits are very much down to personal choice but the important thing is to feed little and often and fish as delicately as you can. A four pounder will take some landing so be prepared to compromise line visibility for strength and ready yourself to miss an awful lot of bites!