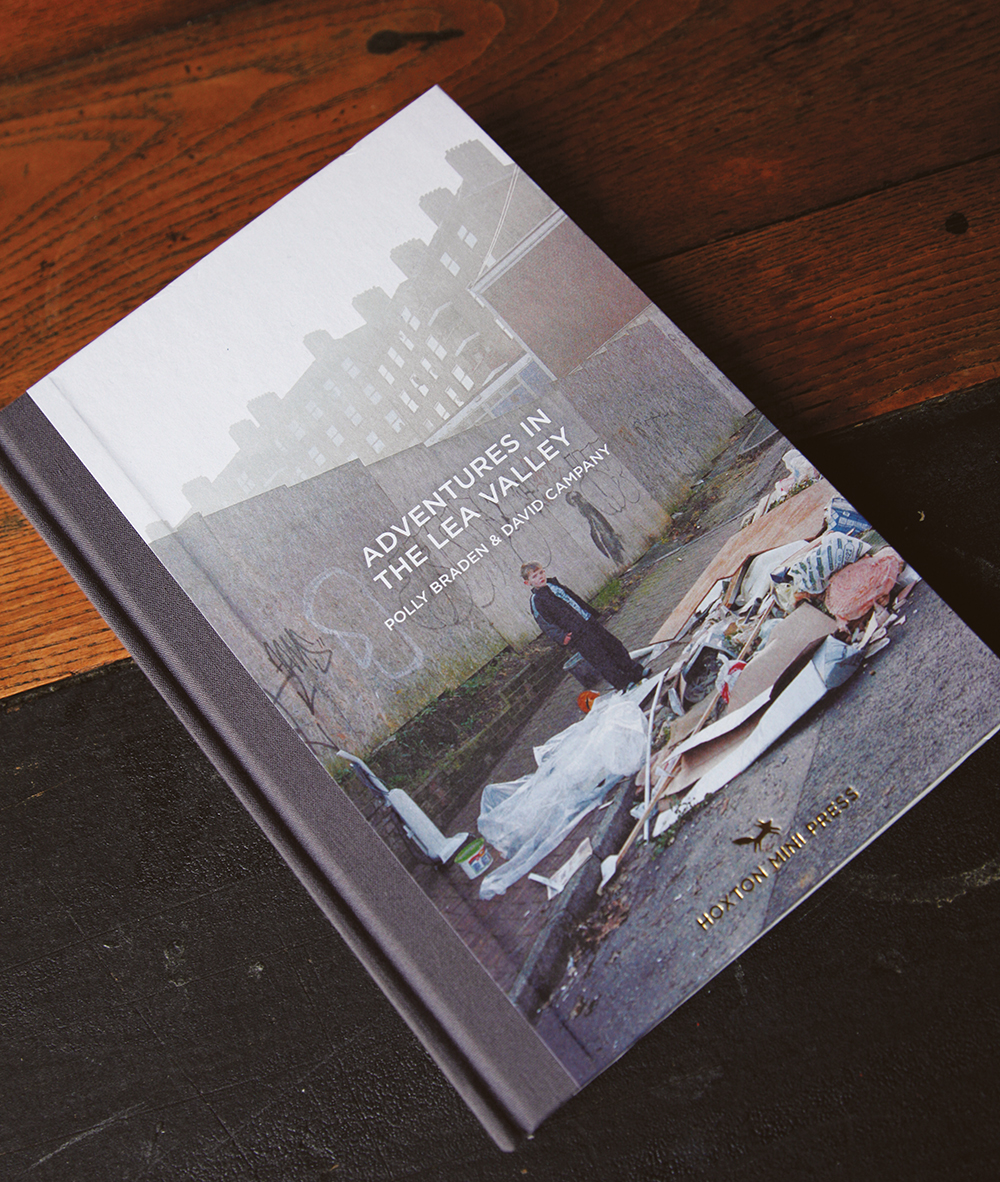 The river Lea only flows for 42 miles but it encounters a landscape that chops and changes from the soft Hertfordshire meadows and villages to urban sprawl, inner city wasteland, and now towards its final run; the Olympic Park. The water of the Lea has a short life but a varied one. Adventures in the Lea Valley explores the river in its last quarter, probably the most turbulent stretch, from the tower blocks of Enfield down to the Olympic Park and towards the river Thames. Polly Braden and David Campany took the images using a single camera from 2004 until the present day—for a river’s lifespan, a blink of the eye—but a significant change is apparent in just 12 years. Like any river that flows close to a city, people are drawn to it and the Lea is no exception: an antidote to a city life; a tonic, but a place of uncertain outcomes; a foreboding sense that can exhilarate and encapsulate the urban escapee. This book shows a change in the demographic: individuals search for recreation; the dirty industrial Lea of old is now a place to play, fornicate, and forage; the Lea is cleaning up its act after centuries of abuse. But there is still evidence of decay, vandalism, desperation and diversity, a lone hand reaches out from beneath a muddy tarp, perhaps the result of our unclear immigration policy, while four white middle-aged men race around on the Olympic Cycle Way on bikes worth more than a average person can earn in a month. The Lea Valley is currently experiencing the biggest human melange since man first settled on its shores. The Lea is a social barometer for what is happening across Britain, battles between rich and poor, space and nature are quite evident in these images where the old world meets the new. Throughout there are glimpses of the Lea, a constant, a flow changed by man but not enough to complete its journey from the Chiltern Hills to the river Thames.