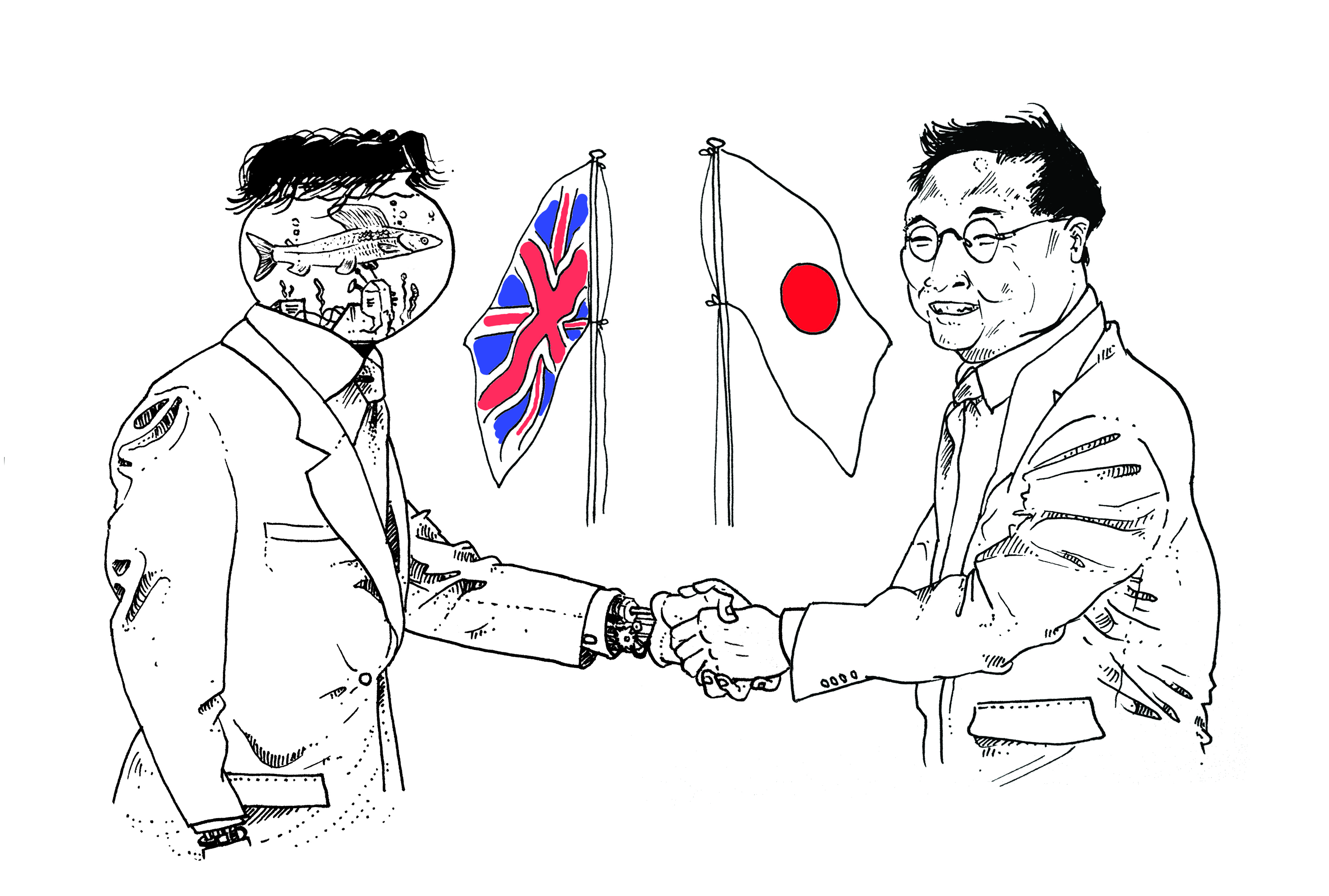 Remember the Pathetic Sharks? Of course you do, it is barely 18 months since Fishpool last reminded you of them (https://fallonsangler.net/the-pathetic-sharks/). Well, last month we were offered one of the more pathetic sea monster stories of recent years. In fact, it makes the Pathetic Sharks seem nothing more than ‘mildly crap’, perhaps reflecting the fact that with Media eyes largely fixed on trade deals and Russian relationships there is even less time than usual to spend on filler stories.

A pliosaur or some other sea monster rearing its head from inshore Herne Bay in Kent.

Hmmm…perhaps if viewed through the bottom of a pint glass that is still full of Guinness (having already sunk a gallon) then Fishpool might have bought the story, but as it is, I saw it for exactly what it is – and it doesn’t make me a conspiracy theorist…

Of course, we normally have to wait until August for the ‘quiet news’ stories about sea monsters and werewolves, but it seems that someone at the Mirror is too impatient to wait that long.

This time we head to Great Yarmouth in Norfolk, where somebody found half a seal washed up on the beach. Having presumably ruled out foul play on the part of the Beast of Herne Bay, the next obvious explanation is that a great white shark is on the prowl.

It is possible, of course. There has been plenty of physical and anecdotal evidence to suggest great whites are regular visitors to our seas, and there remains free movement in the ocean – provided you are a cartilaginous.

Yet half a seal doesn’t really prove anything. And the further ‘proof’ by the way of mutilated porpoise is even less convincing. In fact the poor old porpoise looks to have been nobbled by a propeller – and a great white would do more than take a little nibble if it left anything at all.

Blimmin’ sensationalist nonsense. How about the broadsheets? Must be something more sensible there….

We don’t have to look far to find a sobering story these days. In fact, even the sharpest satirists are struggling to find a funny side. Take this sorry tale for example, and in the current political climate, such issues are being swept ever further beneath the carpet.

How have we ever come to a point in time where in a little over thirty years time, there will more plastic in our oceans than fish? Why are we concerning ourselves with trade deals, grammar schools, ‘alt-right’ versus ‘neo-liberalism’, orange-skinned presidents and nuclear deterrents when none of it will matter if we don’t start looking after the world in which we live?

There is a floating mass of plastic and rubbish in the Pacific Ocean that is bigger than Wales (and some estimate as big as the USA) and we don’t seem to care….

Ahhhhh…..that’s better. A few months old, perhaps, but just the sort of smut to lift the mood. This is actually pretty ingenious – using inflated condoms to drift baits far beyond casting range. In Cuba, where the technique is popular, there are limits on boat ownership, limiting the species that many anglers can fish for. By floating condoms on the wind or current, with a bait suspended beneath, species such as red snapper may be caught. And a single snapper could be worth a week’s wages if the local restaurants buy it.

However, Fishpool is mildly disappointed with the level of innuendo offered by the New York Post. There is mention of putting the inflated condoms ‘on the end of their poles’, but that is so throwaway it might even be accidental. This was a story begging to be properly ribbed – the writer chould have literally committed spermicide. Instead, they took the extra safe option and probably withdrew for good measure. Ho hum, it seems any old Johnny-come-lately can get into journalism these days….

In the era of fake news, Fishpool was pretty darn chuffed when told of this story. Not for the subject matter – though the notion of a unique selling point essentially being ‘we make crap things better than you’ is pretty special.

No, Fishpool was told the headline, ‘Grayling sells trains to Japan’.  And he chuckled.

A lovely vision of Thymallus thymallus getting so fed up with being scorned by the salmon and trout – despite having an adipose fin – and ignored by all the invert-snobby coarse fish, that he grabbed his briefcase and flew Business Class to Tokyo to sell some rolling stock.

Alas, when he went to find the story, Fishpool couldn’t find the all essential headline. So the humorous element is somewhat lost. Nevertheless, it’s February – a short month with fewer stories to tell, and there are fish to catch. So, please smile anyway…