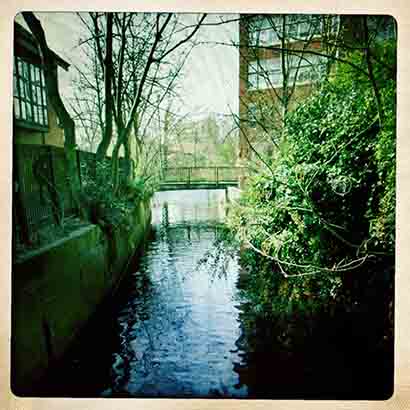 Fishpool is more fortunate than most, not least because he or she didn’t have to face the rigours and strains of growing up in the City. A rural upbringing makes life far easier for a young rod-wielder. Aside from the increased tolerance of such an activity, there are far more opportunities to cast in the countryside….or are there?

Some of our finest angling writers grew up in an urban environment. Yates, Petley, and Jennings all learned their art with a concrete edge. Though some parts of our cities are perhaps too shady to visit, particularly after dark, there are plenty of other spots where not only can you cast a line, but also find some fantastic fishing.

Birmingham rather famously contains more miles of canal than Venice, and there swim roach, gudgeon, bream and perch in good number. In Glasgow there are tench to be caught from the Forth and Clyde Canal, while Cardiff offers some extraordinary fishing on rivers such as the Taff.

London, meanwhile, is full of angling opportunity. Away from the Thames are rivers such as the Lea and Wandle, while there are canals are safer now that Newton Tony has headed west. Don’t ignore the trickles either – the tiny Hogsmill stream produced a roach of 3lb 13oz a few winters back. That is quite a fish.