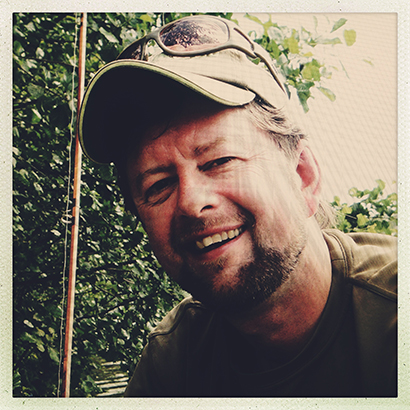 It is an oft quoted suggestion from non-anglers that fishermen and women are wholly reliant upon luck. While it is undeniable that some of us seem to benefit from luck more than others, it may also be said that there are very few able to cultivate their luck quite as well as Martin Bowler.

Martin Bowler is a fantastic angler. He has caught British record barbel and crucian carp, alongside massive carp, pike, tench, bream, and roach. Such fish are not caught through fortune alone.

He has been particularly successful fishing for perch, and has caught incredible numbers of fish in excess of 4lb with the biggest, a specimen of 5lb 4oz, caught while filming Catching the Impossible.

In recent years, Martin has spent more time fishing in saltwater, chasing blue shark and cod, and casting on big rivers for salmon. His successes are further evidence of his ability.

Martin is a prolific writer, penning articles for weekly and monthly publications on Britain and abroad, while also writing (and photographing) the award winning Seeking Shadows.