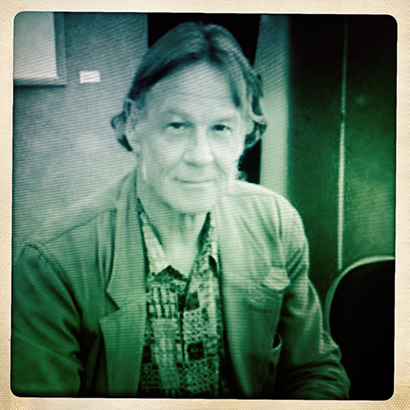 Born in Devon during the Second World War, it was, perhaps, inevitable that Mike Winter would become an angler. After all, his father worked with none other than Richard Walker, one of the most influential anglers of his (or any other) generation.

Mike caught his first fish at the age of five – a small brown trout that took a liking to caterpillar. Trout were to feature greatly in Mike’s fishing life, as he developed into a fly-caster of note, but he was adept at catching all manner of species, from all manner of water.

Mike wrote for a multitude of angling magazines and also penned a weekly column for the Sidmouth Herald. In 2006 Medlar Press published Along Fishermen’s Paths, a lovely meander through Mike’s angling life for which his son, Quinton, provided the illustrations.

Having founded the Devon Carp Catcher’s Club in 1958, Mike went on to share the bankside with some of the greatest names in angling, and in the 1980’s he got tangled up with the Golden Scale Club where he became known affectionately as Prof. Sadly, Mike succumbed to illness shortly before Christmas 2013.