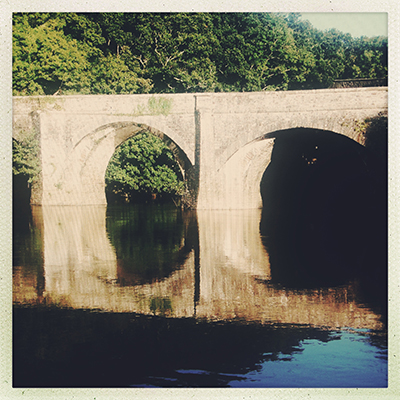 Rising on the Woolley Moors near Bradworthy (not far from the source of the River Tamar), the River Torridge spends much of the first half of its existence flowing east. Then, having picked up a handful of tributaries including the Rivers Lew and Okement, the Torridge veers north, cutting a path deep into the bedrock and passing through Great Torrington and Bideford before meeting the River Taw and emptying into the Bristol Channel.

The Torridge is a spate river, and will rise and fall in a direct response to rainfall, and often carries a variety of shades of brown. It is after a spate, when the level and colour begin to drop once more, that many anglers come here. The salmon and sea trout, for which the Torridge is renowned, will move upriver in number having tasted the flush of freshwater in the estuary downstream. Sea trout weighing in excess of ten pounds are caught every year from the Torridge, while salmon may be taken twice that size. When the tourists are still at sea, there is an excellent population of brown trout to keep an angler happy, with fish over 2lb. This is wild water fishing, and home to a variety of wildlife, including the otter for which the Torridge is literarily known.