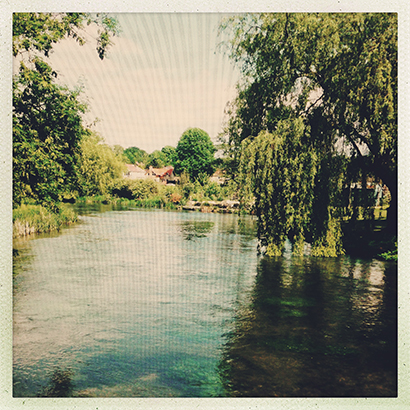 Hampshire is renowned for its chalk-streams and one of the finest, and most famous, is the Itchen. Rising near the village of Cheriton (scene of a battle in the Civil War) the river skirts the market town of Alresford where it is fed by tributaries the Arle and the Candover Stream, before heading west to Winchester and south to its estuary at the head of Southampton Water.

Just 28 miles long, the Itchen is nevertheless packed with fish, with the stretch between Alresford and Winchester most popular with fly anglers who target the native grayling and brownies and stocked rainbows.

There is a run of salmon and sea trout which are often targeted further downstream below Bishopstoke, and throughout the river is an ever expanding stock of coarse fish.

There are some huge roach around Winchester, with further pockets down to the tidal reaches, while perch and chub are present to specimen size.

In recent years, the Itchen has gained a population of barbel, through escaped fish and illegal stockings, and these are now being caught well into double figures. The fishing on the Itchen can be challenging but there are rewards to be found and one or two fish that would quicken the pulse of the most hardened specimen hunter.