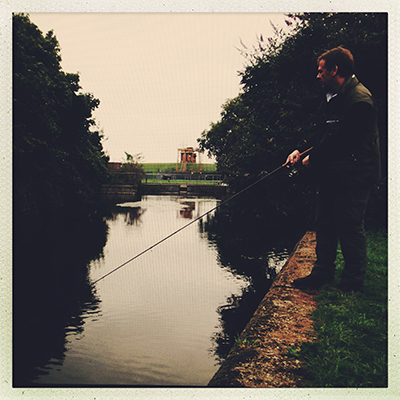 Anyone who watched (or read) Charles Rangeley-Wilson’s The Accidental Angler may have been inspired to look for fish in places where they really shouldn’t be.

As Rangeley-Wilson demonstrated, even in a City such as London, there are small streams and waterways tucked and tidied away in spots where we simply walk past without knowing their existence. One such stream, in North-East London, is the Coppermill.

A short, two mile tributary of the River Lea, the Coppermill Stream takes its name from the Mill that was purchased by the British Copper Company in 1808 and used to smelt copper mined in South Wales.

Though the stream has declined in recent years, there are still quality fish to be found in the Coppermill. Carp are present in reasonable number and some big bream swim among them. There are good chub to be caught, though there are no longer the monsters of a couple of decades past. A few barbel remain, and though tricky to catch, are stunning fish and well worth the effort for those with plenty of patience and a soft footfall.