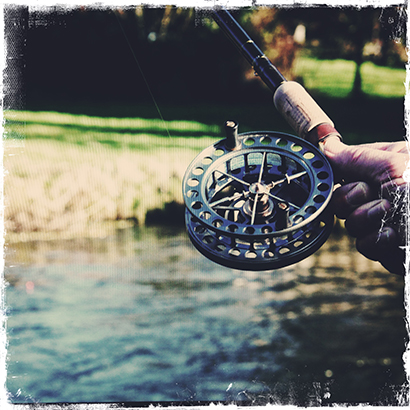 There was a time when the float was a river angler’s principle tool. With it he could cover every depth and every line; he could slow the bait down or let it run through at the pace of the current; and he could see the gentle dips from shy biting fish such as big roach.

Today however, most fisherfolk will carry a ledger road and nothing else. Some will not even possess a float. The popularity of barbel fishing is one reason for this. These lovers of powerful current feed almost exclusively on the bottom, and big leads and swimfeeders offer the easiest and often most effective method of catching them.

Other fish, such as chub and perch, also respond well to a static bait on the bottom, but anglers are prone to lethargy and singlemindedness – and do not adapt when the fish are too wary to play.

Trotting can be hard work. It is a technique that requires patience and concentration, but when mastered – even to a basic level – it can catch fish as well as any method. Added to that is the fact that it is fun. A swim can be searched and built with steady feeding – drawing fish upstream. And when the bites begin to come, they are a joy. Picture it now – a small red topped float inching down a crease. A tiny dip, followed by a sharp donk, before it slides away…….