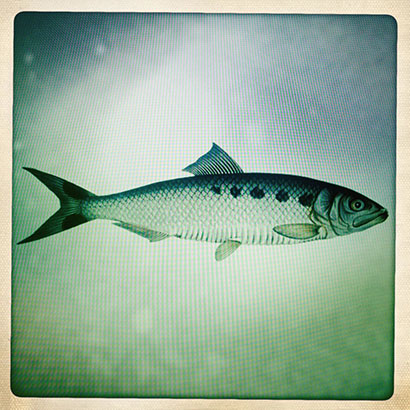 When we consider British migratory fish, many of us will think of salmon and sea trout. There are eels too, of course, and also lamprey, but two species that are often altogether overlooked are the shad. The allis shad (Alosa alosa) and twaite shad (Alosa fallax) are both members of the herring family and are anadromous – moving from saltwater to freshwater in order to spawn.

The allis shad is most commonly found in France, whereas the twaite shad is widespread across Europe, and the more regular visitor to British rivers.

Sadly, and Fishpool seems to write something similar every week, numbers of shad have fallen dramatically in recent decades. As always, overfishing is a major factor behind this decline, alongside pollution and the obstruction of traditional migratory routes.

The bulk of British shad occur in the rivers that empty into the Severn estuary, though some of those rivers that flow into the English Channel, The Tamar for example, may support a breeding population. The Wye remains a stronghold for spawning shad, and until recently they were targeted in spring as they made their way upriver. Such is the concern for the species, however, that the shad can no longer be deliberately targeted on the river.