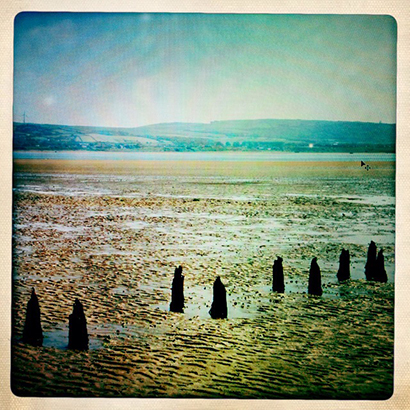 In North-west England, overlooked by the Cumbrian Fells to the north, and sandwiched between the towns of Barrow in Furness to the west and Lancaster and Morecambe to the east, is the largest expanse of inter-tidal mudflats in Britain.

Morecambe Bay covers more than 120 square miles and is world renowned for its cockle beds and its fast moving tides. When in flood the sea is said to move ‘faster than a galloping horse’, a factor behind the tragic deaths of 23 cockle pickers in 2004.

There is plenty of fishing opportunity in Morecambe Bay and plenty of fish. In summer the plaice fishing can be superb, with numerous fish moving into shallow water to feast on marine worms. Other flatfish such as flounder and dab are common, and bass, mackerel and pouting can also be targeted.

In winter, the angler’s attention turns to codling and whiting, with both species present in good number. The flounder fishing can be spectacular during the colder months and many marks will produce fish close to the shore.

Just remember to respect the tides.