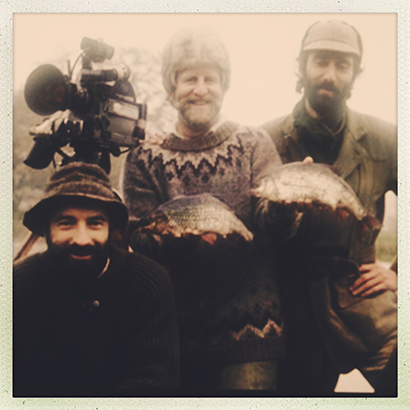 It is 21 years since Hugh Miles first astonished us with what is surely the finest angling series ever made. Featuring Chris Yates and Bob James, A Passion for Angling was exquisitely shot and brought a richness of tone and sentiment never before captured on film.

Hugh’s camera work had earned him plenty of awards as a wildlife film maker, and his skill demonstrated perfectly his love of angling. Filmed over four years, Passion was originally planned as a one-off film, featuring Chris fishing at Redmire Pool – scene of his record breaking carp capture in 1980. However, with Bob also on board with his handy and skilful knack of catching for the camera, one film became a series of six.

The quality if Hugh’s camera work was perfectly complimented by a stunning soundtrack, Bernard Cribbens’ voiceover, and the selection of literary quotes from writers such as HT Sheringham and voiced by Chris Sandford.

Everyone has a favourite episode, and most people have a favourite moment. Fishpool’s particular loves being In Search of Salmon and Chris’ capture of a Kennet roach in the golden winter twilight during Midwinter Madness.

Big fish featured throughout the series, though they appeared as pleasant distractions on wonderful, meandering journey. Just as a day’s fishing really should be.